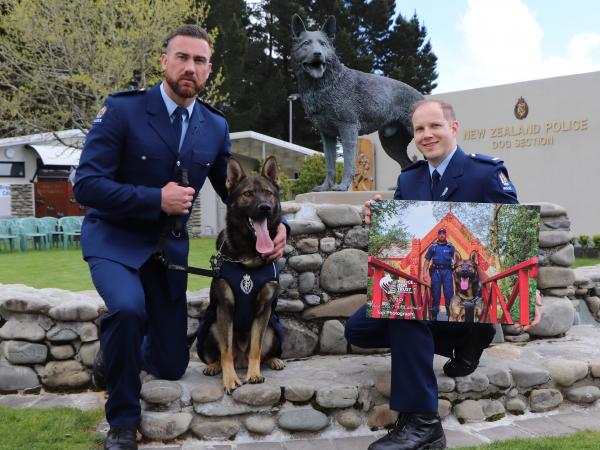 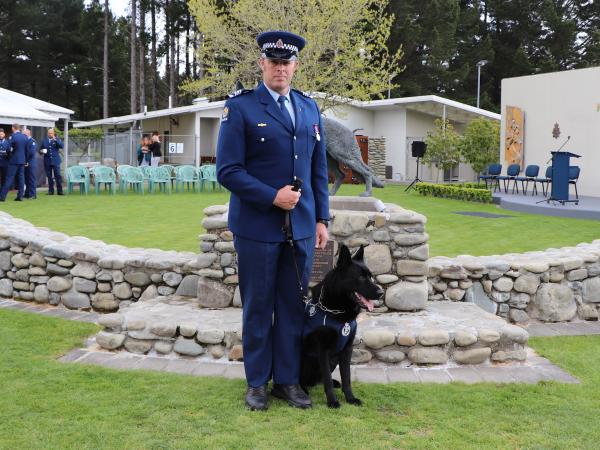 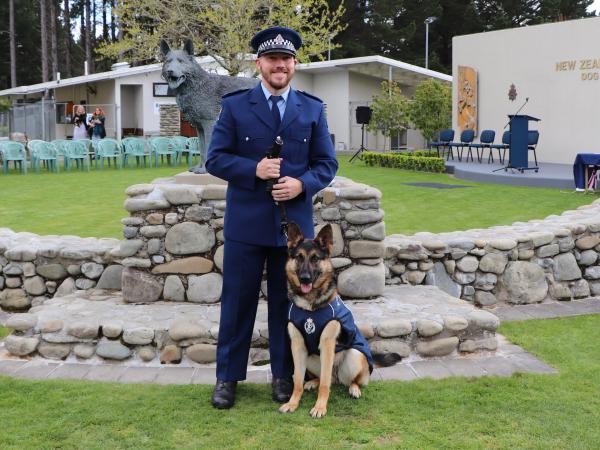 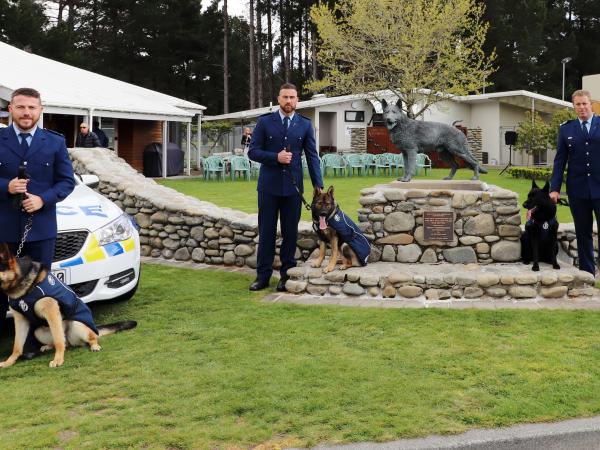 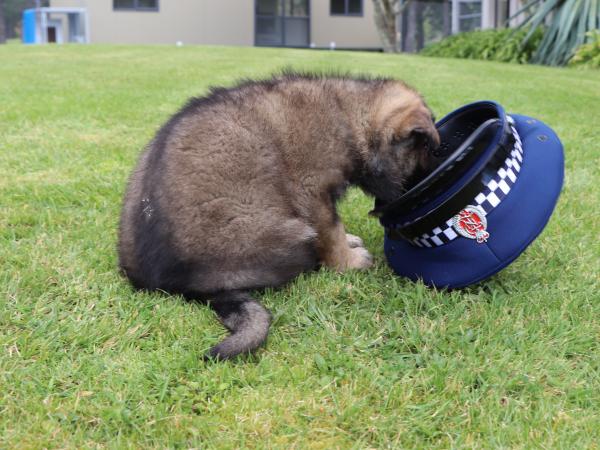 It has been a long journey back, but Constable Regan Mauheni is an operational dog handler again.

Regan, who was badly injured two years ago during an Armed Offenders Squad operation in the Bay of Plenty, was one of three handlers graduating with new patrol dogs at the Dog Training Centre at Trentham yesterday.

“It has definitely been a difficult journey but it’s a good feeling,” Regan said after graduating with patrol dog Paikea.

“It has been a long journey back, with a couple of hiccoughs along the way, but I’ve had a really good support team around me.”

After undergoing surgery in Waikato and early rehabilitation in Rotorua, Regan transferred to continue his recovery in Dunedin, where he is now based with the Dog Section in Southern District.

Paikea is his third operational dog, and Regan has raised him since he was eight weeks old.

“It makes a real difference having had a dog since such an early age,” says Regan. “We were bonded straight away and he was really responsive to training.”

There was a double celebration at Trentham as Regan and Paikea feature in the winning shot in the annual Police Dog Trust calendar photo competition, a stunning shot taken at Otakou Marae by Southern District photographer Constable Seaton McGuigan.

Seaton was on hand to receive a trophy and enlarged copy of his winning print from Commissioner Mike Bush.

The photo was taken as Seaton worked with Regan and Paikea in advance of Māori Language Week – during which Paikea was featured on Police social media responding to commands in te reo Māori.

“Seaton’s image to me represents loyalty, bond, diversity and our commitment to Māori,” says Regan.

Seaton, who has been in Police for 11 years and relieving with the forensic photography unit in Dunedin for three years, says he is stoked to win on his first time of entering the competition.

“The setting and the colours resonated as Regan and Paikea had been working on several initiatives in the lead up to Māori Language Week,” he says. “The marae is a beautiful place to visit and I thank them for having us.”

The winning photo features in the month of February for the 2019 calendar, and also as a pullout poster.

Ben, OC of Tasman District’s dog section, is an old hand - Ace is his fifth patrol dog. Ben has represented Wellington in the national police dog championships and won twice – first with Utah in 2007 and then in 2014 with Ox.

Adam, on the other hand, is a first-time handler with patrol dog Teo. Adam came to New Zealand from Britain in 2009 and joined Police in 2013. Before joining Dog Section he fostered police dogs Bear and Kahu as puppies.

Addressing the parade, Commissioner Bush said he always felt very proud when he saw the ‘brilliant work’ of the Dog Training Centre and Police’s dog teams.

“You do brilliant work on behalf of our communities – keeping people safe,” he said. “Not just from a prevention point of view and a response point of view, but also in terms of the trust and confidence you inspire.

“The public love you and we love you for the work you do, the offenders you bring to justice and particularly also for the reputation enhancement you bring to New Zealand Police.”