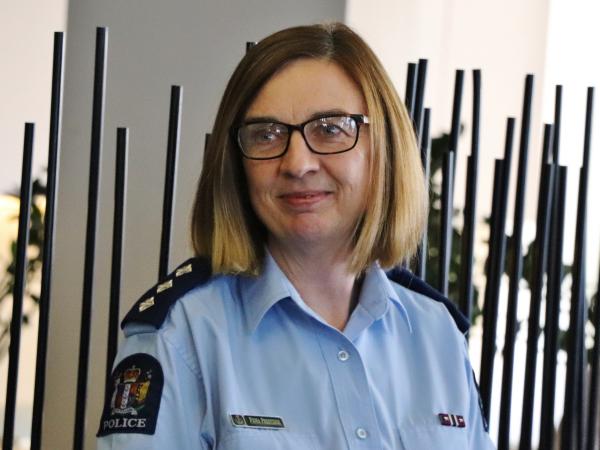 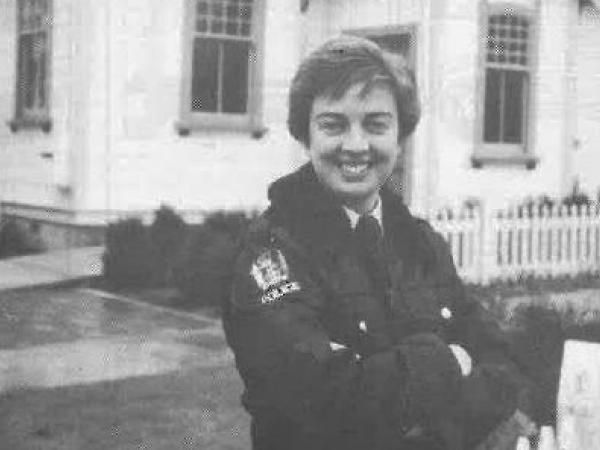 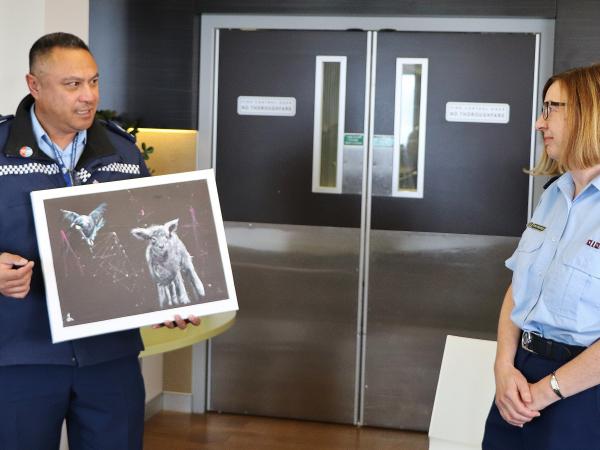 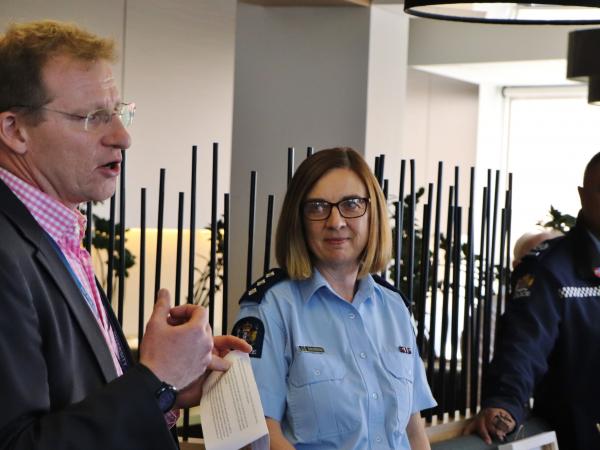 Inspector Fiona Prestidge has left Police after a career in which she forged the way for women in many areas of operational policing and management.

She was posted to her home city of Lower Hutt, and scored a number of firsts for women as her career progressed through the Hutt Valley, the Wairarapa, Henderson and New Plymouth.

She was the first woman appointed to a one or two-person station, spending two years at Featherston – a high-profile appointment given her gender, relative youth at 22 and the fact that she replaced an officer whose garage had been blown up by a bomb.

When she became New Plymouth Area Commander In 2006, she was the first mother to be appointed a commissioned officer. Flexible Employment Opportunities were not available until after the birth of her third child.

Fiona says she spent around half her career on frontline policing, a quarter on community and operational management and a quarter at Police National Headquarters (PNHQ), where her responsibilities included digital radio; alcohol harm reduction; Crime Group; Victim Focus; and family violence.

Her final role was as senior advisor in the Policy Group. She has moved to a role managing two community centres in Strathmore Park, Wellington.

She says it’s hard to pick highlights from such a diverse career but two-person Featherston – where she worked alone and on-call, covering a huge rural area – was a significant time.

“That’s when I knew that I could be a good cop,” she says. “It set me up for my success in my career. I proved to myself what I could achieve.

“As an area commander in New Plymouth I loved building a leadership team, driving culture change, and innovating new community projects for better outcomes. I was deeply connected to working with other partners.”

Speakers at her farewell at PNHQ last week included Acting Deputy Commissioner Andy Coster, who praised her “stunning contribution” to Police and the “natural progression” to her new role.

Senior Sergeant Geoff Ryan, a colleague from New Plymouth days, spoke of the legacy of her innovative leadership, which saw prevention taskings rise from around seven percent to 22 percent, years before Prevention First became a strategy.

“I remember the then Commissioner Howard Broad coming to have a look at what we were doing in this space… and commenting that we were probably about 10 years ahead of where the organisation currently sat. This was all done under Fiona’s leadership.”

Senior Sergeant David Laumatia spoke of Fiona’s role in establishing and leading the Police Christian Support Network – which she rates as another career highlight - and gifted her a painting representing elements of their shared faith.

“You are a pillar in Police and such a person of influence – we are going to miss you greatly,” he said.

Her last boss in Police, Jeremy Wood, Director Policy and Partnerships, praised Fiona for her sound advice and calmness under pressure.

Fiona said when she joined Police as a 19-year-old, she thought she might serve for five years before moving on.

“I’ve loved my whole career,” she says, 34 years later. “I’ve been deeply committed to Police and all it aims to be.”