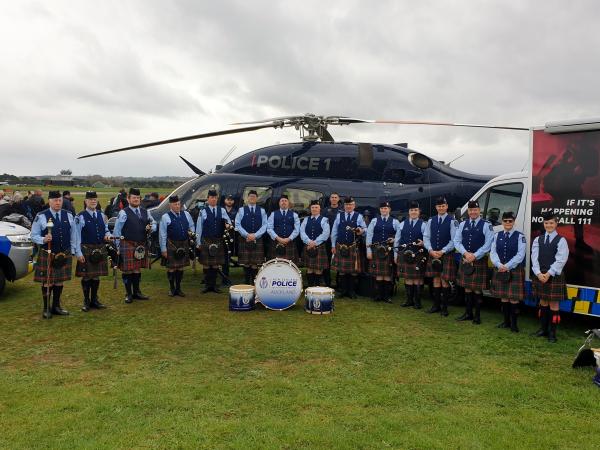 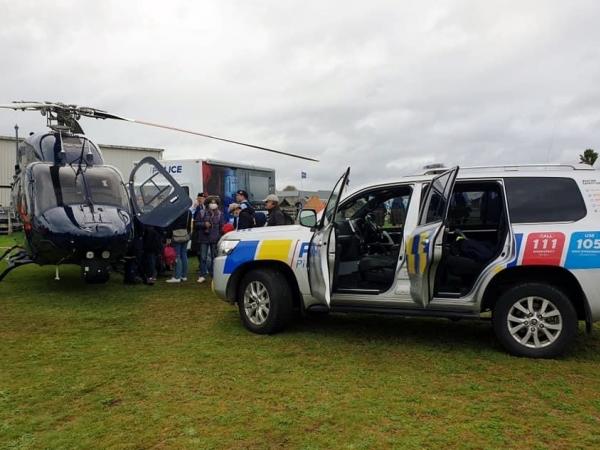 Home > News > Ten One Magazine > Police among the planes

The Auckland Police Pipe Band was back in action recently for the first time in two years, performing among the Warbirds.

The band, the Air Support Unit and Maritime Unit put on displays and ensured Police was well represented at the Warbirds on Parade airshow at Ardmore Airport, South Auckland, over Queen’s Birthday Weekend.

It was a landmark event for both the band and NZ Warbirds - the full band’s first public appearance and New Zealand’s first airshow since the pandemic struck.

“It was a very popular event with a large number of spectators who braved the elements until the weather closed in, when the show was closed for the day due to low cloud and rain,” says Inspector Scott Webb, Police Controlling Officer of the band.

“This was the first outing of the band since the COVID lockdowns and restrictions, and it was great PR for Police in general.

“We were able to have some of our young students play and a piper from the New Zealand (Wellington) Police pipe band joined us as well.”

Now COVID restrictions are not holding them back, the band has bookings through to next year for competitions and appearances at Police and public events in Auckland and beyond.