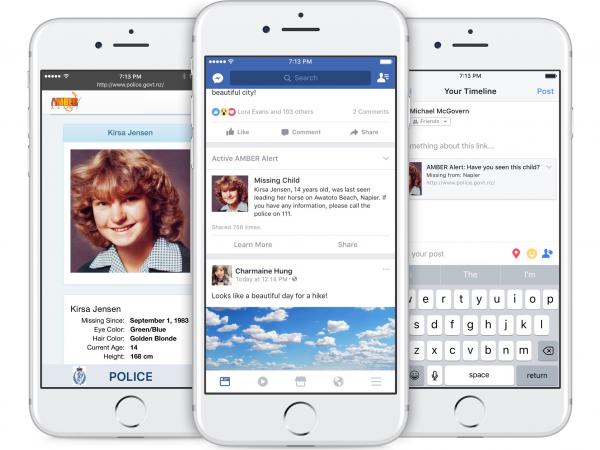 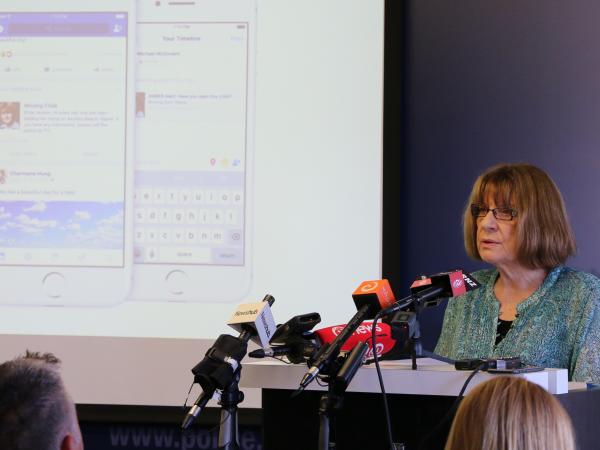 Police and Facebook have teamed up to launch an alert system to enlist public help to find missing children.

Police Comms Centres will activate an AMBER Alert if it is believed a missing child or young person under 18 is at serious risk of harm and members of the public could help find them.

Facebook users in the targeted search area will then receive a notification at the top of their news feed – and can share the alert across their networks. Media organisations will also receive an immediate notification.

Alerts include a photograph of the child, important information about the circumstances in which they went missing, and an indication that there is an active search under way.

At the launch at Police National Headquarters, Wellington, this morning, Assistant Commissioner Richard Chambers said child abductions were extremely rare in New Zealand but welcomed an initiative "focused on keeping those we most treasure safe".

"Our mission is to be the safest country and this partnership will help us achieve that," he said.

Robyn Jensen – whose 14-year-old daughter Kirsa went missing in Napier in 1983 and was never found - also addressed the launch.

She spoke of the day Kirsa went missing - 1 September 1983 - and the pain of never finding out what had happened to her.

"The first day of spring became the darkest day of my life," she said. "So began 34 years of waiting for Kirsa to come home."

Robyn said Kirsa’s story could have been different had something like AMBER Alerts existed in 1983.

AMBER Alerts originated in the United States in 1996 after the abduction and murder of nine-year-old Amber Hagerman in Texas. It is used in all 50 US states and 22 other countries, 14 of them through a partnership between police organisations and Facebook.

Emily Vacher, Director of Trust and Safety at Facebook, told the launch 900 children had been returned safely to their families in the US because of AMBER Alerts.

“Putting lifesaving information into the hands of members of the child's community is what makes the difference."

Robyn Jensen and Emily Vacher are among contributors to a video accompanying the AMBER Alerts New Zealand launch - click here to see it on the New Zealand Police Facebook page.