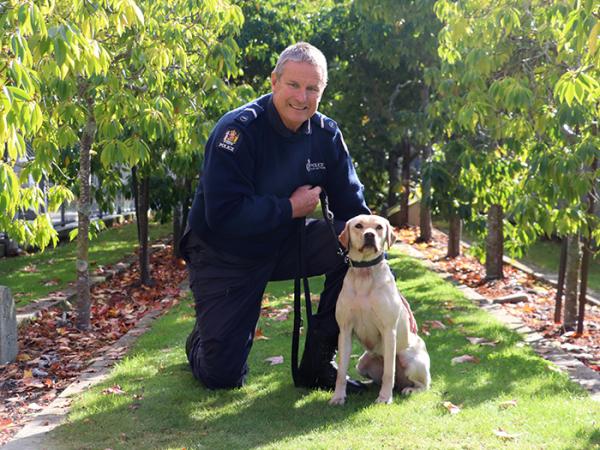 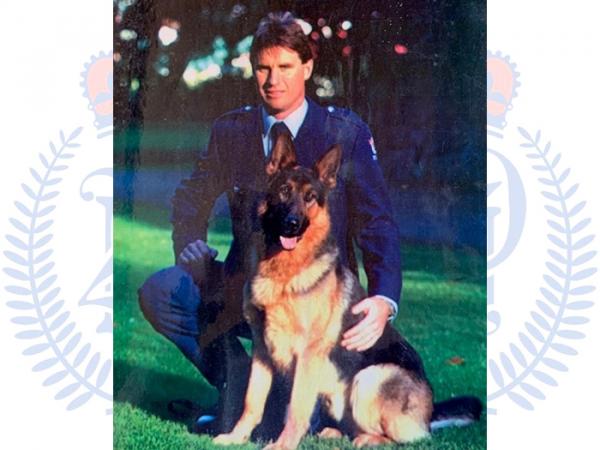 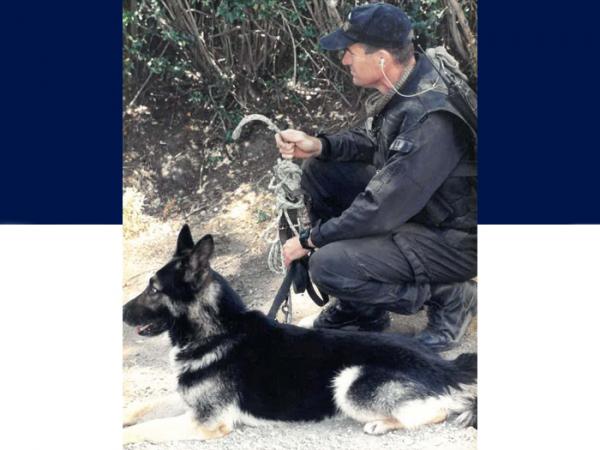 From Search and Rescue to Armed Offenders Squad and 36 years in the dog section, Grant has certainly made the most of his time in Police, but says it’s time to hang up his uniform and enjoy a slower pace of life.

“Policing has been a wonderful career. I've had good and bad experiences, but I've thoroughly enjoyed my time," says Grant.

Hawke’s Bay raised, Grant graduated Police College in Wing 85 in January 1983 and was posted to Napier. Grant spent the first two years of his Police career undertaking sectional work, team policing, and as a member of the Search and Rescue Squad, but once he saw the Police dogs in action he was sold.

“I joined Police to help people and once I started working as an officer and saw what the dog section was like, I knew that was where I wanted to be.”

He joined the dog section in December 1985, beginning a 36-year journey with 11 operational dogs and a novel full of interesting and challenging stories throughout his career.

His second operational dog, Rada, was shot and killed on duty in Hastings in 1989. The offender then turned the gun on Grant who managed to dive behind a vehicle to avoid being shot. It was this tragedy that led to Government changing the legislation to make it an offence to injure, maim or kill an operational Police dog.

Grant says the best dog he ever had was Nero who worked with him throughout the 90s.

“He did everything. He was an armed offender’s dog and a dual-purpose drug dog. He just loved to work and had great health so was able to work through to 11 years of age, which is a lot longer than most serving operational Police dogs.”

It was Nero who was with Grant during the 65-day manhunt for Terrence Thompson, who shot and killed Police Constable Glenn McKibbin in Flaxmere in 1996.

“It was a hard time for everybody involved in that manhunt as Glenn was one of us.”

“Glenn’s father Des was my first boss; Glenn had come out to the dog section as a schoolboy as he wanted to be a dog handler like his dad. The afternoon before he died, we had worked together on a shift.”

In 2009, a search warrant on Napier Hill would change Grant’s life forever.

He and his then Police dog Fi, along with Constables Len Snee and Bruce Miller arrived at an address to serve a cannabis search warrant. The offender, Jan Molenaar grabbed a gun and ordered them out. As they left, he shot them. Len Snee was shot dead and Bruce, Grant and a civilian were shot and seriously injured.

What followed was a 51-hour stand-off which became known as the Napier Siege, had the nation holding its breath and led to incredible stories of bravery by Police, ambulance staff and civilians.

For Grant it took 15 months before he was well enough to return to work.

“Returning to work as a police officer was very hard on my family, especially my wife, Robyn. Robyn wanted me to leave Police after the Napier Siege.

"I wanted to leave Police on my own terms. I didn’t want to be forced out by something someone did to me. I was determined to get back to work.”

And that’s exactly what he did, continuing in his role as a detector dog handler until now.

Grant says he has loved the close-knit camaraderie in the dog section.

“It’s a hugely supportive team. We see each other in the best and worst times and are always there to back each other up.”

So as Grant leaves Police later this month for life on a lifestyle block, he’ll be taking with him friendships and memories that will last forever.

“We are incredibly grateful of Grant’s contribution to Police. He is a humble and lovely bloke who has the respect of everyone in the dog section,” says Todd.