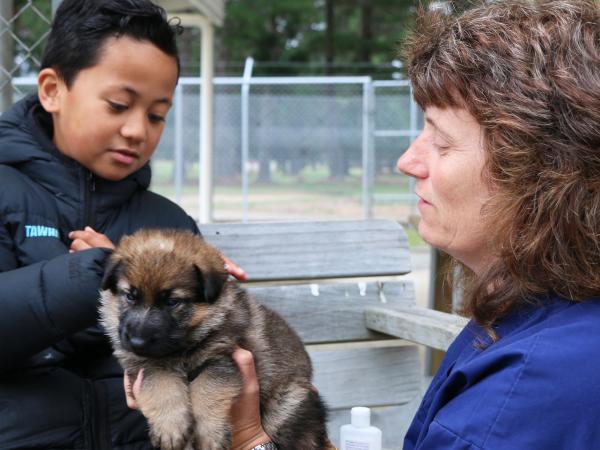 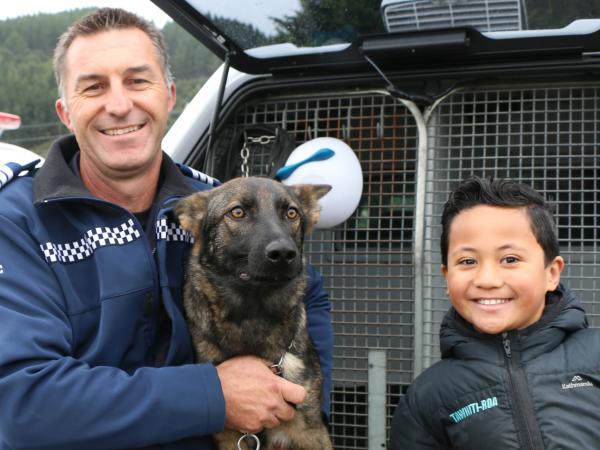 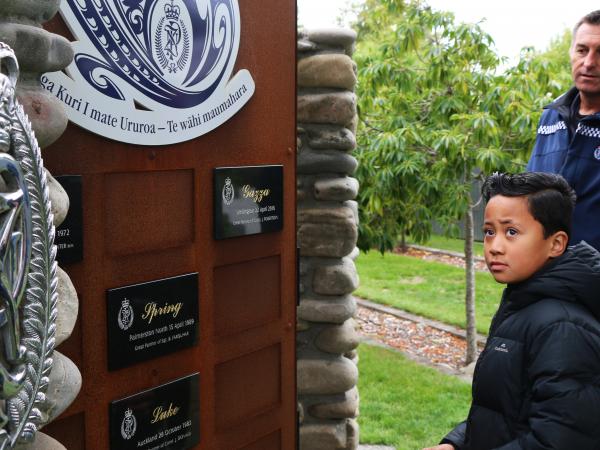 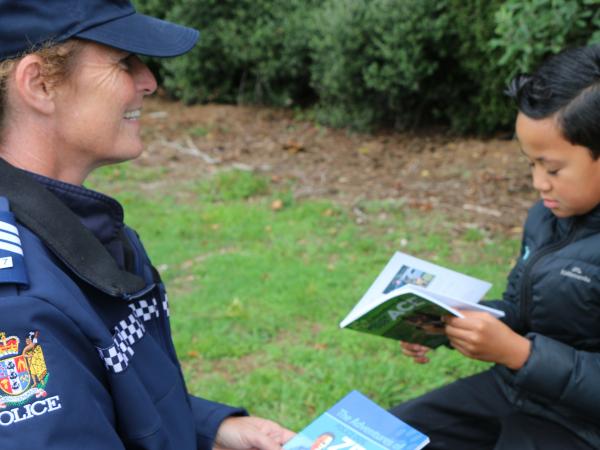 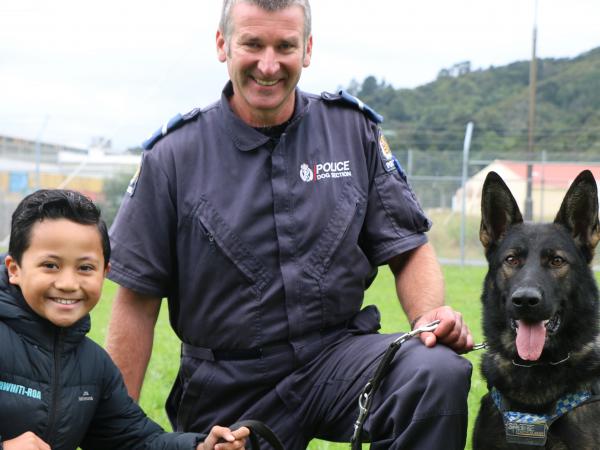 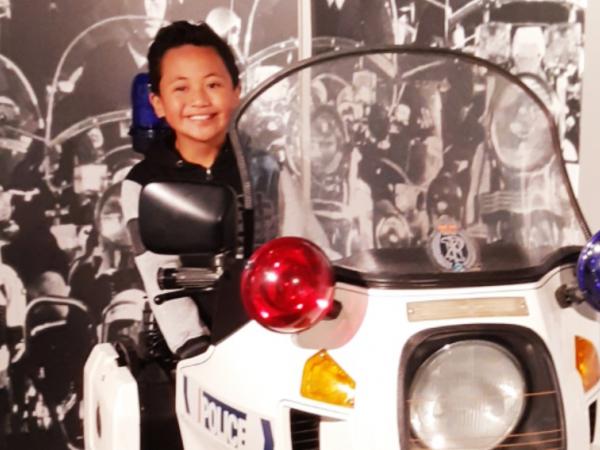 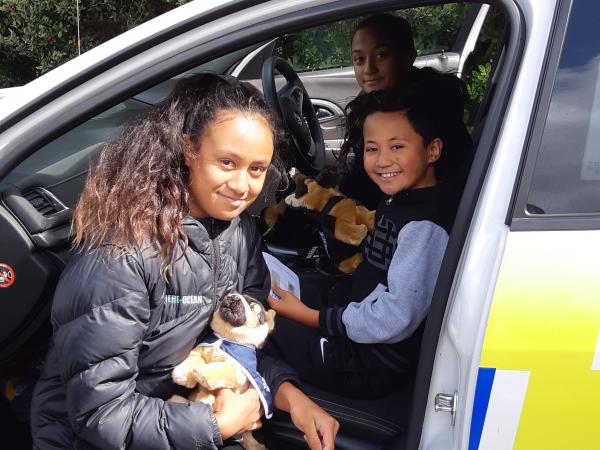 Young cancer patient Tawhiti-Roa Rangiwai’s name means ‘long journey’ but his road has been made brighter with a Make A Wish Foundation trip meet police dogs and handlers.

Escorted by Sergeant Nick Prince, of Wellington Police Dog Section, it was smiles all round when Tawhiti-Roa, aged seven, from Tawa, his mum Anne and two of his three older sisters spent time with police recently.

The youngster’s dream is to be a police dog handler so he was rapt to be the first ‘official’ visitor to meet the four-week-old J Litter German shepherd and K litter Labrador puppies at the New Zealand Police Dog Training Centre’s breeding unit.

After checking out the Wall of Remembrance for police dogs killed in the line of duty, Tawhiti-Roa was introduced to dog handlers taking part in the final stages of their operational qualification course.

He learned how police dogs are trained to sit, stand, lie down and speak on hand signal commands, helped in retrieve exercises, watched agility tests, then donned ear muffs to see how dogs and handlers work together to catch an armed offender.

“We have a great relationship with the team at the helicopter base and I thought it would be a fun extra for Tawhiti-Roa,” says Nick. “I’d no idea until later that Tawhiti-Roa is a chopper fan or the significance of the visit.”

Anne says her family has a special connection with Life Flight - Tawhiti-Roa, then aged three, was flown by Life Flight from Wellington to Christchurch Hospital when he was diagnosed with acute lymphoblastic leukaemia.

“He doesn’t remember that trip but our family remembers it very well,” says Anne.

Less than 24 hours after an appointment with the family GP to check out why Tawhiti-Roa was unwell, the family was meeting oncologists at Wellington Hospital – then came the flight to Christchurch, where he spent eight harrowing weeks undergoing chemotherapy.

Daily tablets and monthly chemo have followed but the determined wee guy is now in remission and has a sparkle in his eyes.

A visit to the Police Museum capped off the day, with junior detective and fingerprint fun sessions, before it was off home with lots of memories - and gifts of books, a calendar and soft toy police dog from Sergeant Sue Burridge, the Police Dog Trust and The Cop Shop.

“He was a great little guy to have along for the day and seemed to have great fun with Tumeke and playing in the dog van,” says Nick.

Previous
Not M or F? Police looks to third way
Next
A lasting legacy at home and abroad