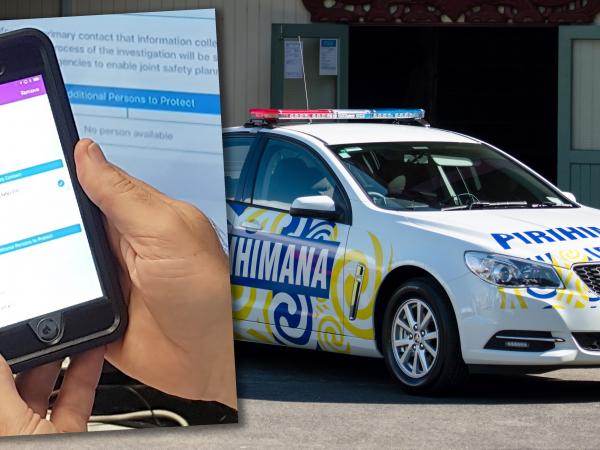 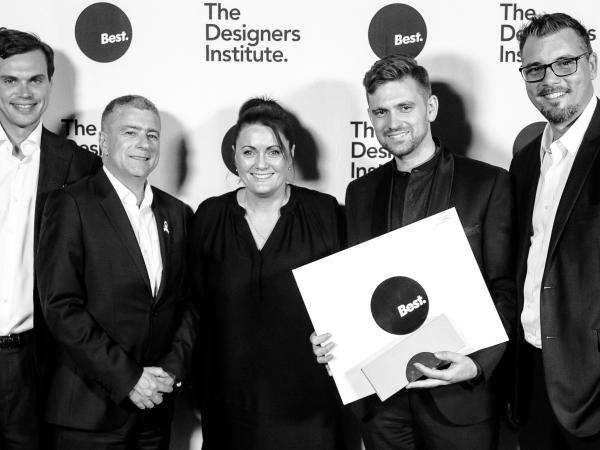 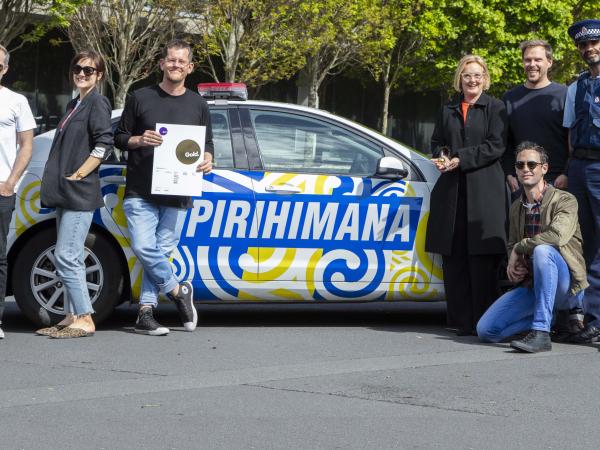 The OnDuty Family Harm app won four awards at the Best Design Awards including the highest honour – the Purple Pin - in the Public Good category, as well as Golds in Public Good and Empowering, and Silver in User Experience.

The Best Design Awards are run by the Designers Institute of New Zealand to recognise design of all kinds, ranging from architecture to prosthetic limbs to online apps - and this year, even a squid-shaped ice cream.

It is anticipated the Family Harm app, launched in May 2018, will save frontline staff around 1.5 million pages of paperwork – or 500,000 hours – each year.

It was designed by Christchurch technology company Smudge, who have worked alongside frontline staff in developing the user experience across the OnDuty suite of apps.

Their research has included shadowing frontline staff as they went about their duties, with some team members based alongside ICT at The Royal New Zealand Police College.

“This project demonstrated a strong design cycle with intensive user research and testing,” said the judges.

“Reducing the potential for harm to vulnerable citizens and streamlining processes at the same time is an absolute win-win technology for the community.”

“This means staff can get right to the heart of continuing to help those in need, without needing to spend time on recording information,” she says.

“The information gathered at the scene helps generate a frontline safety plan for victims and children. Information is also shared securely with partner agencies and NGOs involved in providing longer-term services for victims and offenders.”

Chief Information Officer Superintendent Rob Cochrane says the Family Harm app has extended the role of OnDuty in enabling staff to spend more time on policing and less on paperwork.

“The end result is that we have more police out and about, they’re more visible and spending less time at the station,” says Rob. “This is making a difference for all of New Zealand.”

“Great idea, great story and great impact,” said the judges. “Design that connects with the community and makes it stronger.”

The Waka Pirihimana became an instant hit with the public when it was launched last year, underlining Police’s commitment to Māori and the use of Te Reo.

It is now based in Counties Manukau District, where it is managed by District Responsiveness Advisor Senior Sergeant Ivan Tarlton, who attended the award ceremony.

“I’m in no doubt as to the value of the waka as an engagement tool,” says Ivan. “It’s not an end in itself. Our people will make the difference but it’s a conversation starter, a door opener. In terms of partnerships and our values, it’s a great advert.”

He says the strategy is to make the waka as visible as possible at high-profile events inside and outside Tāmaki Makaurau.

Ivan praised the design team from 485 Design/Ogilvy. “They were really engaged and very proud of what they had done. It wasn’t just a job for them – they really bought into what we’re trying to achieve for our communities. It mattered to them.”

Previous
Project Gravestone – Remembrance in action
Next
Past and present unite