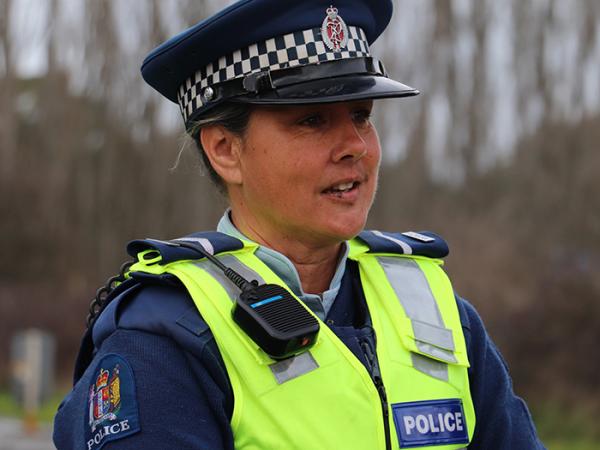 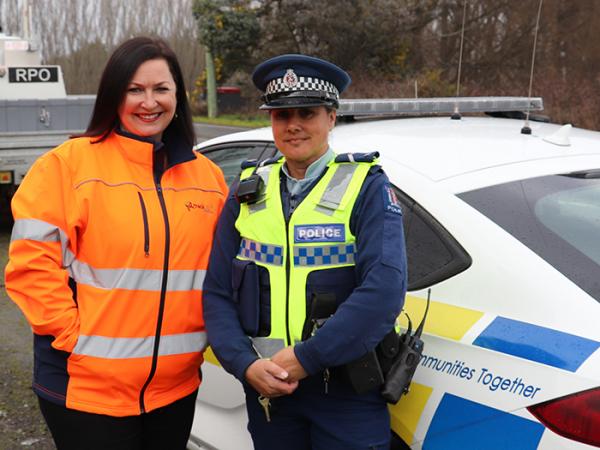 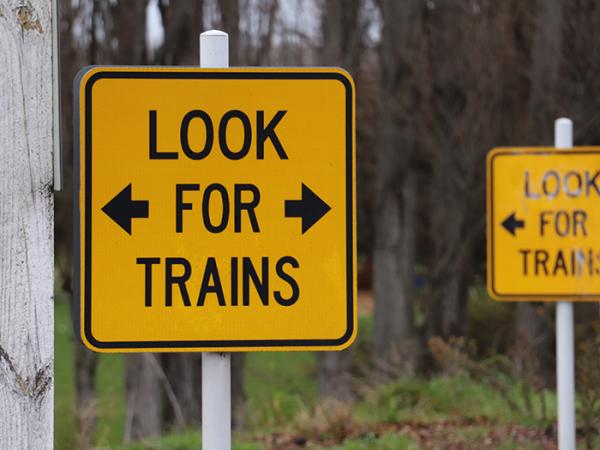 Home > News > Ten One Magazine > Rail safety, the reality behind the statistics

On 3 May 1976 at 9.50am, her mother’s Vauxhall car collided with the Christchurch to Picton train after failing to stop in time at the rail crossing on Marshland Road, near Chaney’s Corner, North Canterbury.

Kim, who is based in the Strategic Traffic Unit in Rangiora, is sharing her story as Rail Safety 2021 Week begins, an annual campaign to raise awareness and prevent collisions on railways lines in New Zealand.

“As a police constable I'm passionate about road safety because I see the reality each day,” she says.

Kim was at school at the time of the crash, which left the car a mangled wreck 300m from the crossing.

“The events of 45 years ago changed my life - in a split second I lost my mum and family only a few days before my sixth birthday,” she says.

“I was put into care with extended family. I was told my mother had left me; it wasn’t until I turned 14 that someone told me the truth.

“Over the next 10 years I was left to deal with grief and trauma on my own. I was never to speak of my mother or siblings again. I suffered physical, emotional and mental abuse.”

She endured a toxic environment with her alcoholic stepfather, often running away to cope.

“I felt I had no voice, no confidence, no self-esteem, no identity,” she says. “I struggled at school, I was suicidal and withdrawn. I lacked trust in people and had no sense of belonging. It really ruined my early life.”

A job working with horses, then later finding work at the Ministry of Social Development, set Kim on a better path and by 2004 she had joined Police.

In her role in the Strategic Traffic Unit, Kim is involved in educating the community and enforcing non-compliant motorist behaviour at railway level crossings.

After several incidents at a Rangiora level crossing, Kim has worked closely with KiwiRail and the local council to ensure community members understand the safety rules.

She has issued warnings and infringements for non-compliance and tries to educate drivers who typically have failed to stop at the level crossing signs. She also deals with near-miss incidents reported by KiwiRail.

In the past decade, 163 people have died on the rail network, 54 on level crossings. There is a collision involving a vehicle on average every two weeks, and around 500 near misses are recorded each year. Around 80 percent of fatal or serious injury incidents are in rural areas or provincial towns.

“It wasn’t only my family impacted on that day - ambulance, police staff and onlookers were also traumatised,” says Kim.

“It must have been extremely traumatic for the train driver and their assistant driver.

“I want to remind people to always stop at rail crossings and check for trains. Even if you drive that same road every day, don’t become complacent. People often underestimate the speed at which trains travel.”

Kim’s only memory of her mother is an old photo of her on a horse, and horses is something she is also passionate about.

“I know my life would have been different had that crash not happened in 1976.”

Watch Kim's story, below, as told to One News reporter Lisa Davies. Video courtesy of One News.

Watch Kim speak during the launch of Rail Safety Week 2021 on Youtube, here.