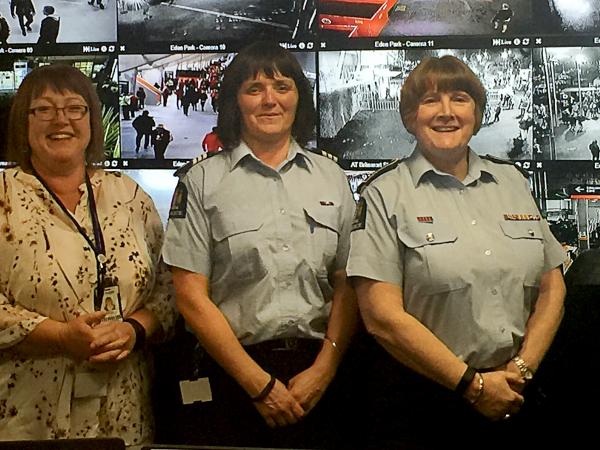 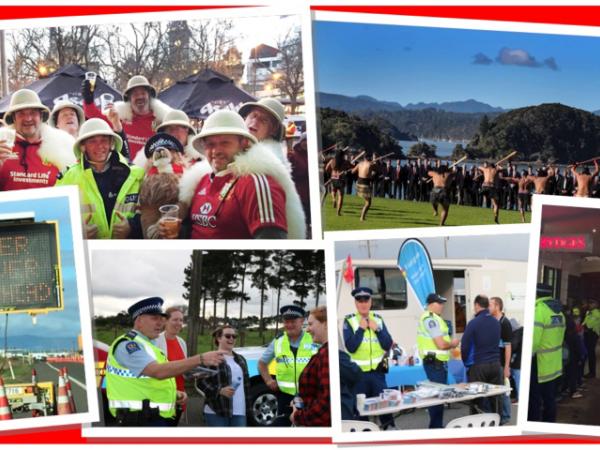 Fresh from overseeing the hugely successful policing of the Lions tour, Police’s Major Sporting Events team is gearing up for the Rugby League World Cup.

Headed by Superintendent Sandra Manderson, National Commander Major Sporting Events 2017, the PNHQ-based team will coordinate policing operations at New Zealand venues during the tournament, which is co-hosted with Australia and Papua New Guinea.

Auckland, Hamilton, Wellington and Christchurch will host games. The New Zealand leg kicks off on October 28 when the Kiwis and Samoa meet at Auckland’s Mt Smart Stadium.

They have plenty of experience with big events, with Sandra and Lucille in the same roles for the Cricket and Fifa Under-20 world cups in 2015 and, with Paula, the World Masters Games and Lions series.

Assistant Commissioner Response and Operations Mike Rusbatch says it would once have been unusual for women to run an operation in such a male environment as a rugby tournament – “but the world is changing and so is Police”.

“Policing the Lions tour was a hugely complex and challenging operation, with tens of thousands of visiting fans travelling the country,” he says.

“Its success is a testament to the team’s operational command skills and reflects the depth and diversity of ability and experience we can call on from our people.

“We can look forward to the Rugby League World Cup knowing the operation is in very safe hands.”

Sandra paid tribute to her team, the many Police and external partners and the districts with hands-on command of operations.

“It’s a huge joint effort,” she says. “The districts were really committed to ensuring the Lions tour was successful. We’ve got some very experienced operations commanders around the country who are really good to work with, which bodes well for future events.”