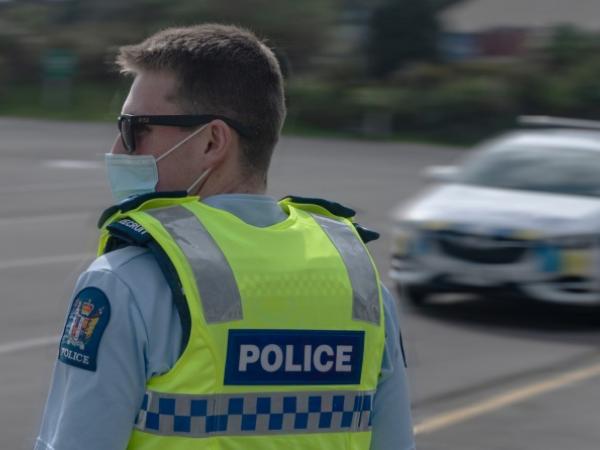 Home > News > Ten One Magazine > Recruit training through a lockdown

​SPECIAL REPORT: While most of the country hunkered down under COVID-19 lockdown, the Royal New Zealand Police College kept calm and carried on - but business as usual it wasn't. Some of those involved talked to Senior Comms Advisor Emma Inwood about it.

From the moment the Prime Minister uttered the words “lockdown” and “Alert Level 4” on 17 August, a team at the Royal New Zealand Police College (RNZPC) swung into action to work out how to keep training recruits through a lockdown.

With the health and wellbeing of the recruits and training staff paramount, the Safer People group’s Medical Team were an essential part of the response that saw bubbles within one RNZPC-wide bubble, mask-wearing and other measures put in place.

“The first part was trying to capture all the risk elements, like who had been in Auckland over the previous weekend, looking to see whether we had had any exposure anywhere, and what type of exposure.

“Very quickly we got really good hygiene measures into play. We had a number of sick recruits – with cold symptoms – so we needed to isolate them until we could do COVID swabs.

“My team of nurses swabbed a lot of people that first week.

“Anyone who had been in Auckland had to check and double-check locations of interest ... it took a few days to get on top of whether there was any risk from that because so much information was coming out at a great pace so we had to keep rechecking those locations.

“The recruits were all great at having their surveillance swabs (all negative) so that gave us a level of assurance really quickly that we didn’t have COVID on site.”

Some recruits did find out they had been at a location of interest and were directly put into quarantine, confined to their rooms in the barracks. The nursing team then took on the role of district nurses, keeping an eye on the recruits’ health and wellbeing – and even delivering meals to them – always wearing full protective gear.

“The nurses all wore full PPE and scrubs whenever they were in the College bubble. That’s because we were coming into the bubble and going back to our home bubbles, so we needed to protect our own people at home,” says Andrea.

When the recruits came out of quarantine a lot of people breathed a sigh of relief that the main element of risk to the recruit population was gone. 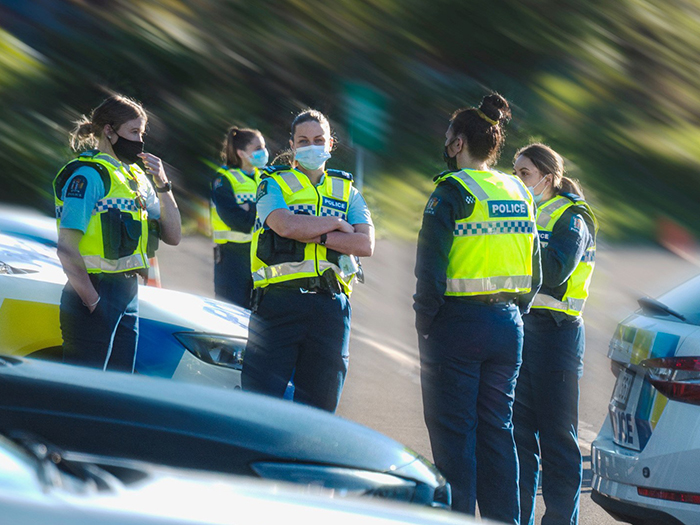 Bubbles were a big part of the response.

“We created a College bubble and we went to great lengths to protect that,” says Andrea.

A tight methodology for the College bubble and smaller bubbles was put into place. First of all the main bubble was decreased by sending home anyone who wasn’t essential to the recruit training effort, including people on other courses.

Each of the four wings - of 40 or 60 recruits - which have been at College since the announcement of Alert Level 4 was a bubble, with each wing comprising smaller section bubbles of 20 recruits.

The focus of the bubbles was on decreasing contact points – for example, each section bubble had their own classroom where they always sat in the same place, in alphabetical order by surname, and they had a similar seating plan for meals, all to help with contact tracing if needed.

Wearing masks became the rule anywhere on campus. Exercising on campus, moving around the campus, and in a classroom, mask-wearing was mandatory for another layer of protection.

COVID-19 vaccinations were also offered on site, with 158 of the bubble vaccinated in one day, representing a large uptake from those who hadn’t already been vaccinated.

“Last lockdown we didn’t continue training, so it was a very different experience of Alert Level 4 for us,” says Andrea.

With the move to Alert Level 3, all the protocols around protecting the bubble and mask-wearing stayed the same, but some of the training-related measures started to look more like normal. 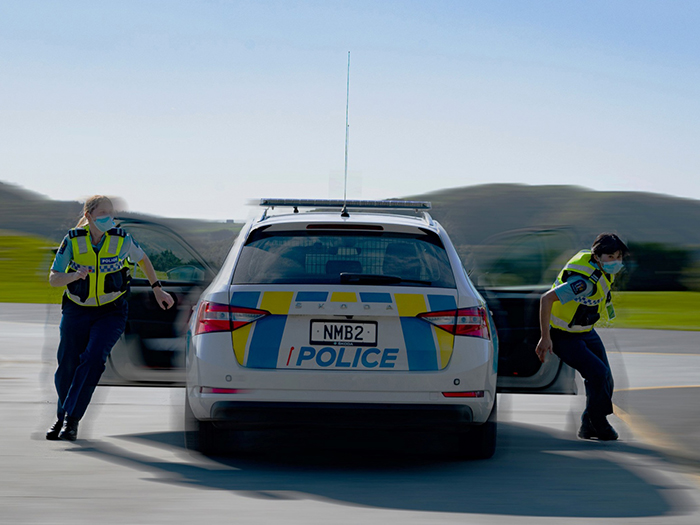 Senior Sergeant Rebecca Lockwood, Initial Training Programme Manager, gives us a run-down on how the training went through lockdown.

Even those isolating in the barracks continued with their training as much as possible, she says.

“They were joining online where they could – they couldn’t do the practical components but they could do the knowledge-based learning.

“All the external session presenters who would normally present in person were presenting online too.

“It looked quite different, how we were operating with the knowledge training. Even when we were doing a whole-wing session, the sections were at three different locations on campus but seeing the same material.”

At Alert Level 4, firearms and driver training continued but with reduced numbers.

On the firearms range the recruit numbers were down from 20 to 10 to maintain social distancing, and in the cars there was one recruit to one trainer, down from the usual two recruits. At Alert Level 3 the numbers returned to normal, with the risk reduced from having been in the bubble for 14 days.

“They came in and didn’t even know what our normal programme looked like - they were really adaptable, really agile, and picked up mahi wherever they had to,” she says.

“Teamwork has been a real focus around here, with everyone helping out.”

With Wing 345 finishing their training while in lockdown, a challenge was getting their travel arrangements worked out, for instance seeing what ferries and flights were available to get them home.

The exemption process had to be worked through so wing members could cross boundaries – each person had to carry a letter with them with the exemption details.

“One of the Wing 345s did get stopped by Police,” says Rebecca.

“Before leaving the campus, those driving were given a big talk about minimal stops on the way home. This particular Wing 345 member stopped at a service station to use the bathroom, and the attendant there called the Police thinking there was a travel breach contrary to the Health Order.

“So this very new constable had a home visit by some other constables later that day, but all was well – it was all legitimate!

“It just goes to show that the community has been working with Police in the process.” 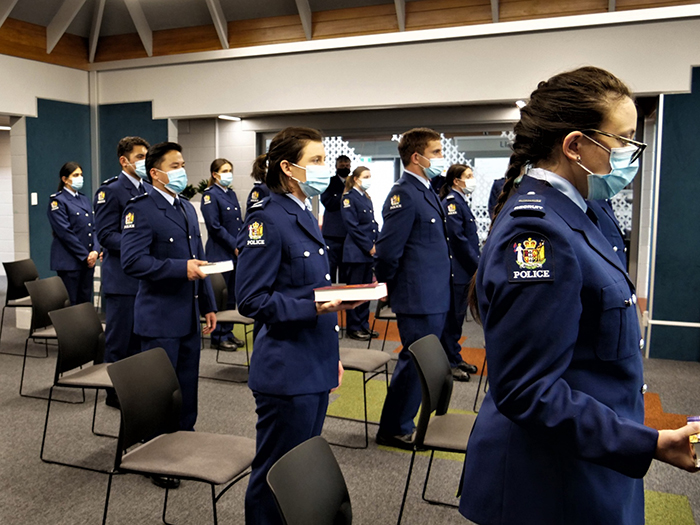 Meanwhile the 80 recruits of Wing 349 – many from the Auckland region – started their learning from home on 6 September.

“We’ve prepped them to be home for about four to eight weeks, where they are covering all their knowledge topics for their core policing skills,” says Rebecca

“It means we’ve had to redesign our programme, so we front-end all of our policy, legislation and practice areas of our course, and when they can come to the College campus we’ll get them through all the hands-on technical components of the programme.”

Plenty of support is being made available to the new recruits, with regular one-on-ones with their sergeants especially important as a way of understanding their needs and what extra support can be provided throughout that home learning period.

“One thing we definitely learnt from last time was around making our online programme as flexible as possible, having the material available to them so that when it suits them they can do the reading or watch a video, but also having set times so they can come in for tutorials and ask any questions,” says Rebecca.

“But we recognise too that if they can’t be there for the tutorials – if they need to help out with a child’s schoolwork or prepare meals for example – the tutorial is recorded so they can watch it later, and the forum where they can ask questions remains open so they’re not going to be disadvantaged by having a busy home life.”

Another lesson learnt from last time was around their physical fitness, so the online training has a physical component built in and they will have access to a range of trainers to support that aspect.

“We want the recruits to come to us in the best possible state of fitness to avoid any injuries so we can get them out on time to their districts,” says Rebecca.

“It’s neat that we were able to continue training through lockdown – where we could do things safely – because it meant the recruits could still see that their goal was on track.” 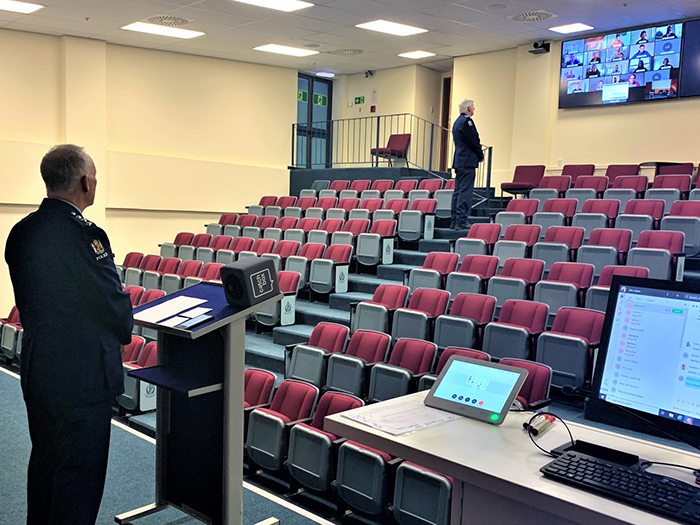 A Wing 349 home-learning session with Initial Training Manager Inspector Marc Hercock speaking to an empty room at the RNZPC.

Acting General Manager Training Inspector Dean Clifford has been impressed with the determination to continue training safely he’s seen from the trainers, recruits and others involved.

“It’s been a real team effort,” he says.

“We all got through it with really good communication, working through the issues and ensuring everyone was on the same page.

“From the recruits who followed the hygiene rules and helped deliver contactless meals to their colleagues isolating in the barracks, to the catering and facilities staff who kept the food coming and the campus running – they should all be very proud of their work during an unsettling time.

“The health professionals and trainers were a core part of this training effort and did an amazing job, and I’d also like to thank those who gave their support to the training while working from home.

“We’ve done our absolute best to respond and continue the critical work of training the new frontline.”

Previous
Ko Philip ahau
Next
What Prue's going to do