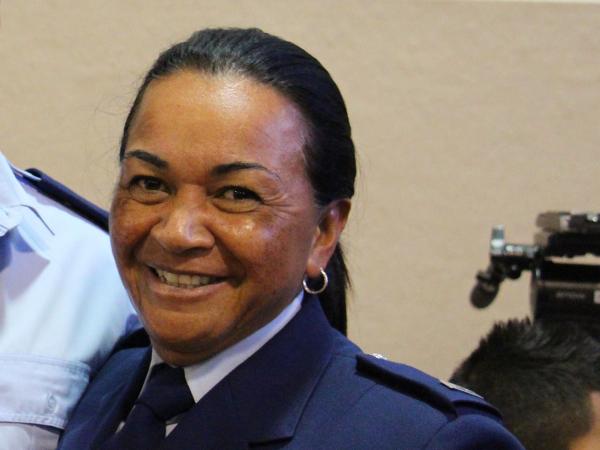 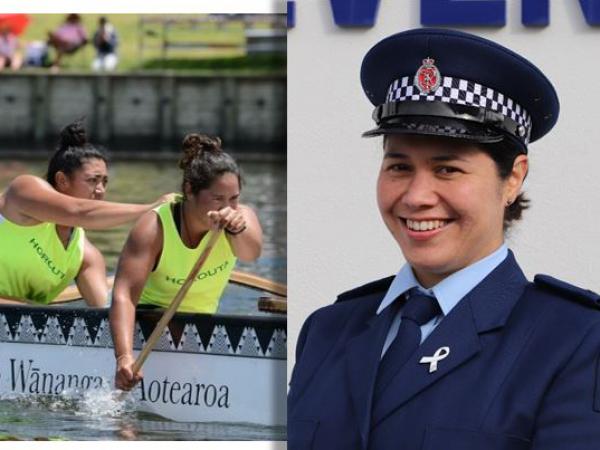 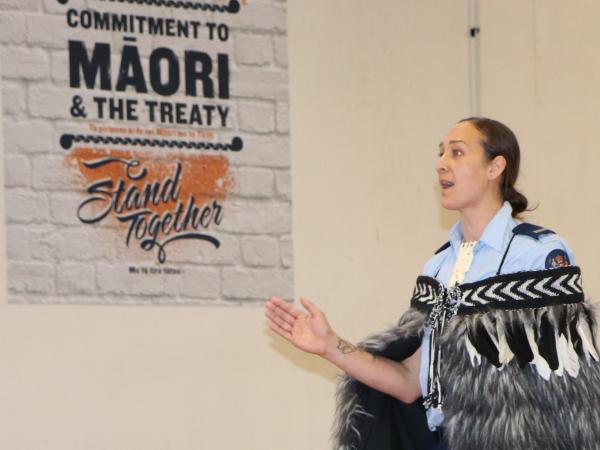 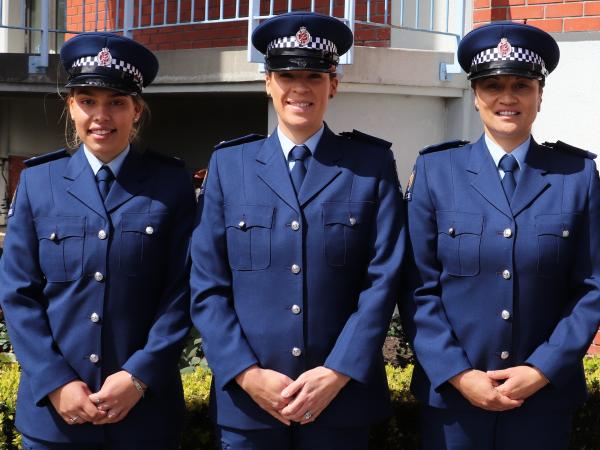 If recruiting paid a retainer, Sergeant Mel Humphries would be pretty well off.

Mel’s efforts in recruiting in Wairoa, her old home town, have been extraordinary.

It is never simply a case of tapping people on the shoulder – the Mel method is to talk with them, walk with them and get them across the line with great care. It’s the embodiment of the concept of awhi.

By walking with them, we mean driving would-be recruits from Eastern District to the Royal New Zealand Police College (RNZPC) at Porirua and literally walking them through the grounds, showing them where they would eat, sleep and work for 16 weeks.

Constable Oriwia Taylor, mentored by Mel, graduated in August from Wing 328. “Mel is a great mentor who instils in people a hope for success and a belief in themselves,” she says.

“Before getting accepted to the RNZPC, my journey to becoming a police officer had its ups and downs.

"Mel played a major role in ensuring I made it and for this I will forever be grateful.

“She is honest and upfront, gives motivational chats, confidence boosters and ‘growlings’ if they are needed.

“She took me out to help with my 2.4km run training and is genuinely interested in you as a person and the strengths that you will bring to the Police whānau.”

Mel has recently taken the position of Officer in Charge of Waipukurau Station. Her former boss in Wairoa, Senior Sergeant Tony Bates, says her iwi-focused thinking was a great help in the town.

“Her drive to identify and help young Māori people into Police was very positive,” says Tony.

“We have just held a pöwhiri here to welcome six new staff to our station and to the community. Two of the new staff were women that Mel had helped recruit.

“It meant a lot to the local iwi to see some of their own being welcomed - the connection that it brought between the Police and Iwi cannot be overstated.

“We are now looking at ways to build on this positive rapport and to bring more from our local iwi into the Police, in the hope that their journey will influence many more youth to follow them.”

“When I first met Mel, it was at the 75th anniversary of women in policing in 2016,” says Cheyenne.

“She was there and has been there the whole way through, giving me guidance and motivation to be able to get me to push on to the next level.

“I worked alongside her and her crew in Wairoa when on SCOPE, and was amazed at how awesome she was, with being not only a team leader but also a team player.”

Mel is shy about her influence on her potential recruits, but she has been instrumental in getting many women into and out of the RNZPC with flying colours.

For example Oriwia, Tamsyn Morunga and Amiria Te Amo Mitchell, now based in Wairoa; Rose Campbell, who trained in Wairoa and was posted to Hawke’s Bay; and Cheyenne, posted to Tasman District after being unable to find a place to Eastern.

“At the age of 34 I joined Police to make a difference,” says Mel. “I came from a background walked by many of the victims Police deal with. My life changed for the better in so many ways and I have never looked back since joining Police in 2003.

“I brought diversity and empathy to the role and I connect with women whom I see in myself, the barriers I overcame and the inner strength and drive I had to reach my goal.

She says helping amazing women into policing has been hugely rewarding.

“They all bring their own stories and life experiences to Police and we are very lucky to have them. I am currently mentoring three women from Wairoa, Nuhaka and Waipukurau and I really hope they will be graduating next year.”

One special protege is based in Waikato, but is still very close to home. “Winiata Leonard – he’s been in the job on the Neighbourhood Policing team in Huntly for five years. He’s not a woman but he’s actually my proudest recruitment yet. He’s my son!”