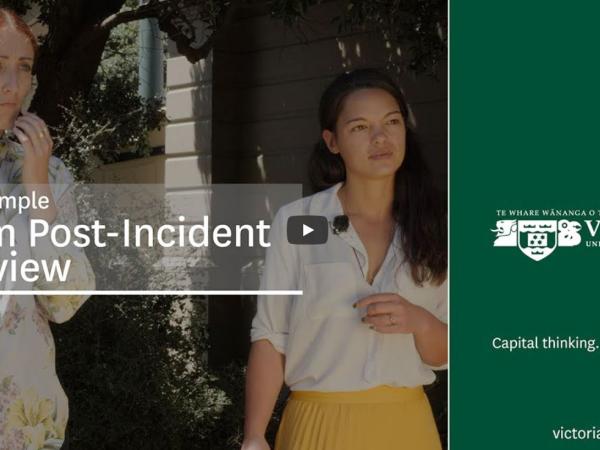 A new free, online university course is offering insights into New Zealand’s leading role in the field of restorative justice – and Police has helped develop the content.

Victoria University of Wellington is offering the course Restorative Justice and Practice: Emergence of a Social Movement as part of its VictoriaX MOOC programme of Massive Open Online Courses.

The university describes the course as an introduction to the theory and practice of restorative justice.

Professor Chris Marshall, Diana Unwin Chair in Restorative Justice in the School of Government, says the course is pitched at people who want to know more about the general principles and how they spilled from the justice sector into other areas.

The early weeks have a stronger focus on criminal justice before it moves toward looking at the use of restorative techniques in discipline and dispute resolution in education and elsewhere.

“Some of the stuff going on in Police at the moment is really interesting,” he says. “There’s a real openness to this sort of process.”

The six-week course calls for a commitment of two to five hours each week. It is free, though there is a charge for a verified certificate.

It is facilitated through edX, a not-for-profit organisation which works in partnership with education providers worldwide.

The course launched this week but enrolments are still open.