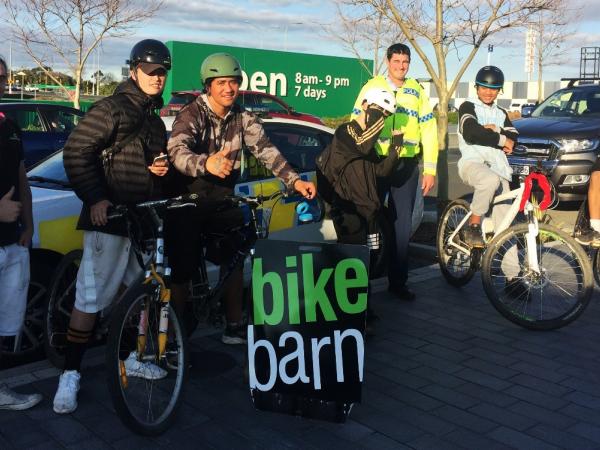 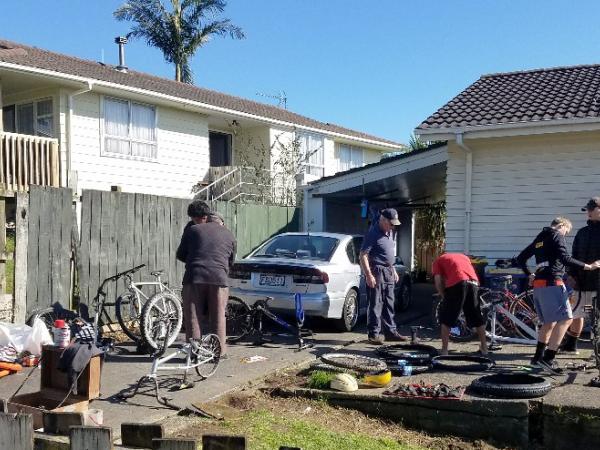 Police intervention, mechanical skills and lots of community goodwill have helped increase safety for young cyclists and bring a quieter life for their neighbours in Auckland.

Tensions were rising within the community in Massey, where youngsters would ride late at night, playing loud music through speakers fitted to their cycles.

Constable Luke Wilson, of Waitematā West Traffic, says he had attended a crash nearby in which a 14-year-old cyclist was fatally injured. He agreed with Sergeant Greg Wilson, O/C Massey, that safety should be their primary focus.

“I’m a firm believer in engaging with families and the importance of showing you care about their children,” Luke says.

“As a parent I wouldn’t get that message if Police ignored the unsafe bikes and no helmets but wanted me to stop my children annoying the community with their music.

“There was also talk of possibly issuing infringement notices, but we decided to try a different approach.”

Luke talked to Waitakere Rotary Club about getting financial help to provide helmets and make the youngsters’ cycles safer.

Then he and Massey Community Constable Mike Nolan met local youngsters and their families, promising to help with safety and asking families to talk to their children about being more considerate about noise.

Shortly after, Luke was in court as the victim of an assault by a young man from the area and suggested he could donate $100 to the cycle fund in reparation.

The court agreed and the young man went to Waitakere Rotary, spoke to members and handed over $100 cash. He has remained involved in the project.

“The club and its members added another $1700 to the fund, meaning there was $1800 going towards bike safety - including helmets - for the young people,” says Luke.

A cycle-fixing workshop was arranged for 12 August in Reverie Place, Massey, and Rotary members joined them with food, goodie bags, donated bikes and parts, tools and even a bouncy castle.

“After four hours of working with parents, Rotarians, police and the kids themselves, we had 11 fully functional bikes and helmets for all the children there,” says Luke. “There was fun had, food eaten and relationships built.”

One boy who showed exceptional talent as a bike-fixer-upper was given tools worth $600 from the Power Tool Centre for continued cycle maintenance.  Cycle shop Bike Barn has also offered support.

Luke says noise nuisance and complaints have reduced – and the youngsters are still using the helmets.

“That’s the greatest thing for me,” he says. “The safety message really seems to have sunk in.”

Greg Wilson (no relation) says the bike initiative fits into a broader Operation Reverie, launched to prevent crime and improve the prospects of local young people.

It has involved various Police teams including Waitematā’s Māori Responsiveness workgroup and other stakeholders such as the Hoani Waititi Marae and staff from the Massey Matters community hub.

“Luke has done an amazing job with the bikes and helmets which complements a lot of other work being done in the background,” he says. “Ultimately this is Our Business.”