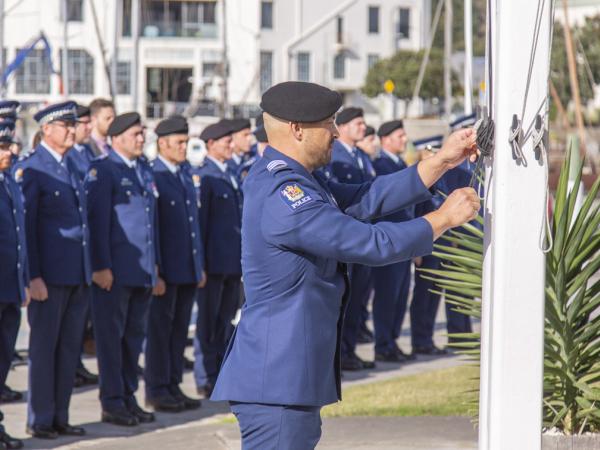 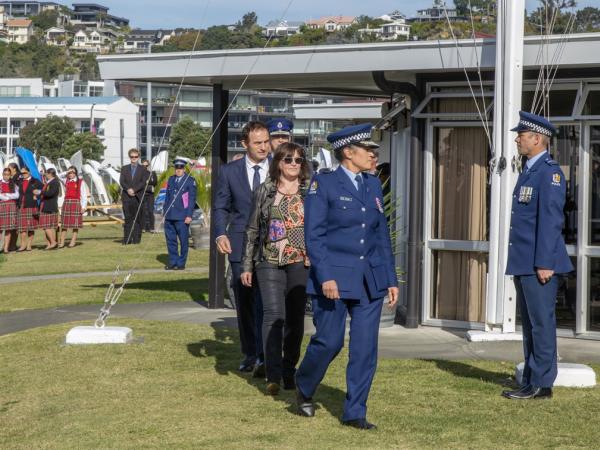 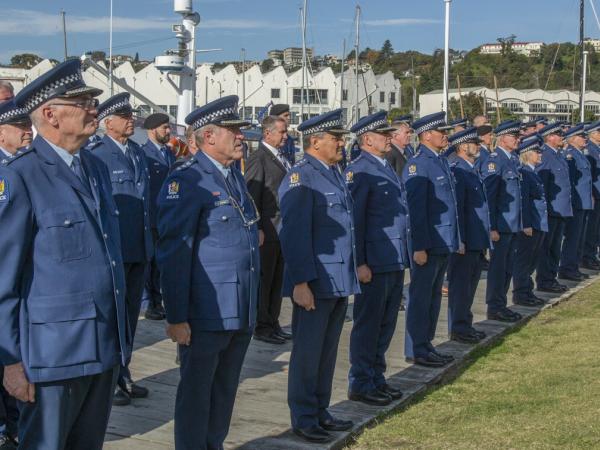 Home > News > Ten One Magazine > Salute to a friend

May 7 2019 dawned as a beautiful sunny Napier day, just as it did a decade ago.

But for those who attended the service marking 10 years since the Napier siege, it’s a day best summed up by Barry Elmers, best man at Len Snee’s wedding as Len Snee was at his. “It will always be the saddest day of the year.”

Ten years ago today, Senior Constable Snee was slain on Napier Hill while carrying out a search warrant for cannabis. His colleagues Senior Constables Grant Diver and Bruce Miller were grievously wounded.

Barry was one of the more than 250 people who gathered at Napier Sailing Club today for the service. Chief among them were Len’s wife Vicki, sons Joe and Sam, and his wider whānau.

After the Police flag was lowered to half-mast outside, a Police guard of honour ushered in the Snee whānau, Police Minister Stuart Nash, Commissioner Mike Bush and others.

Then it was time for reflections. "I’m proud of how we responded,” then-Eastern District Commander Superintendent Sam Hoyle said. “But that pride is tinged with sadness for how we lost Lenny.”

He recalled the bravery of the many police who flooded in, and of civilians including Lenny Holmwood - who was also among those in attendance.

He recalled the community spirit which saw people open their homes to strangers; the Salvation Army setting up a kitchen; the thousand-yard stares of the AOS members as they came down from the hill on the first night of the 51-hour siege.

Commissioner Mike Bush said the day was “a fantastic acknowledgement of our people, and that great man Len Snee”.

“We want to say to you Vicki and your family: We will always be here for you.”

Commissioner Bush also acknowledged Grant and Bruce, noting that for them the memories must come roaring back.

Police Minister Stuart Nash recalled the initial disbelief that such a thing that could happen in his home town.

He echoed others’ recall of the community spirit at the time, and singled out paramedic Stephen Smith, also amongst the guests, as well as Lenny Holmwood for their bravery on the day.

“I know none of you set out to be heroes but you are New Zealand’s every-day heroes – police officers who work relentlessly towards building a better society.

‘It’s always been a sad reality of policing that police officers see things and are part of events they’d rather forget.

“On behalf of the Napier community I thank our police officers for your professionalism, resilience and our commitment to this community – and to all of New Zealand.”