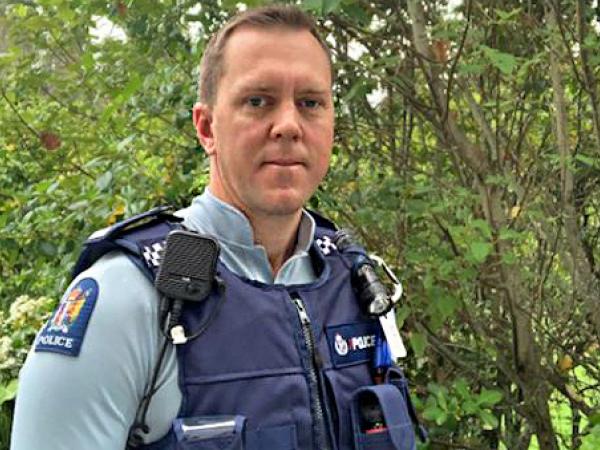 Home > News > Ten One Magazine > Saved from the flames

A Waikato constable who pulled an unconscious man out of his burning home has been praised as a lifesaver.

Constable Cameron Young could see thick black smoke through the French doors of the Paeroa house - and, knowing the occupant was inside, he smashed the glass with his baton and headed into the haze to drag the 73-year-old man to safety.

Cameron's efforts on Sunday were lifesaving, say his supervisors.

“Staff come to work each day never really knowing what their shift will entail,” says Waikato Eastern Area Commander Inspector Dean Anderson. “Cam’s response to this challenging incident was outstanding, and we are all grateful for the outcome.”

Cameron was conducting routine inquiries with the public in the neighbourhood on Sunday afternoon when he smelt smoke in the air.

The Paeroa PST officer called comms to report a fire in the area before heading to investigate. He was quickly waved down by a resident, informing him a house was on fire.

Cameron kicked open the gates to the old weatherboard home, where he discovered the back of the villa engulfed in fire. Neighbours, along with a man who lived at the home, had taken to the blaze with garden hoses.

Knowing the solo resident was out of the house, Cameron updated comms before heading to the front to direct firefighters and clear any obstacles for entry.

“No sooner had I got there, the lady came running out to me, scared, saying the man had run back into the house,” says Cameron.

The man had gone back into the home, through what he described as the “worst part of the fire”.

“My initial thought was he must be dead if he went back through there.”

Remembering his fire training, Cameron touched the handle of the French door to ensure it wasn’t hot and there was no risk of flashback. It was locked so he smashed the glass and headed inside.

In the smoke-filled room, with flames encroaching from the left, Cameron saw the man walk out from one of the other rooms, dazed. He told the man he had to get out, but the man was reluctant to leave.

“I grabbed him and told him we had to get out. I knew the smoke was getting bad - by the time I turned to get him out the room was full of smoke, you couldn’t see.”

As smoke enveloped the pair the resident collapsed. Cameron grabbed him, pushing items aside as he dragged him backwards through the house and outside. The man’s clothing was singed and his left hand and hair were burnt.

A neighbour helped Cameron get the man to the roadside where he was tended to by ambulance staff.

“I have no doubt that Constable Young’s brave actions in smashing his way into a house, which was well ablaze, whilst disregarding the risk to himself in forcibly removing the occupant, saved the occupant’s life and Constable Young’s actions deserves high praise,” the neighbour said in a message to police.

The injured man was flown to Waikato Hospital. Cameron, aged 39, who joined Police in 2015 and has been part of Paeroa PST for the past three years, was also taken to Thames Hospital as a precautionary measure.

“The public were amazing," he says. "Without their help it could have been a different story.

Sergeant Lara Beisly, of Paeroa, says another minute and the man may not have survived.

“He’d already been inside for a few minutes breathing in the smoke – he would have died if he’d been in there any longer,” she says.

“It was a great effort by Cam and we are all very proud of him at the station. He was lifesaving.”

Fire Investigators are looking into the cause of the fire, which is not considered suspicious.