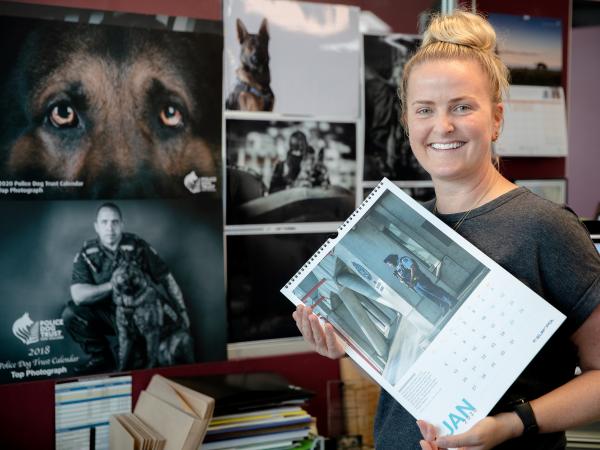 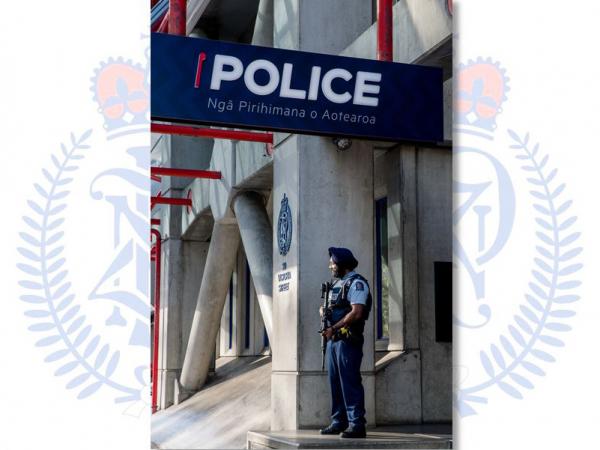 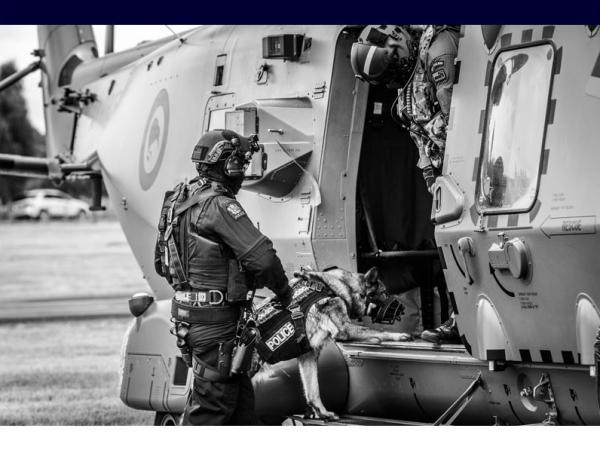 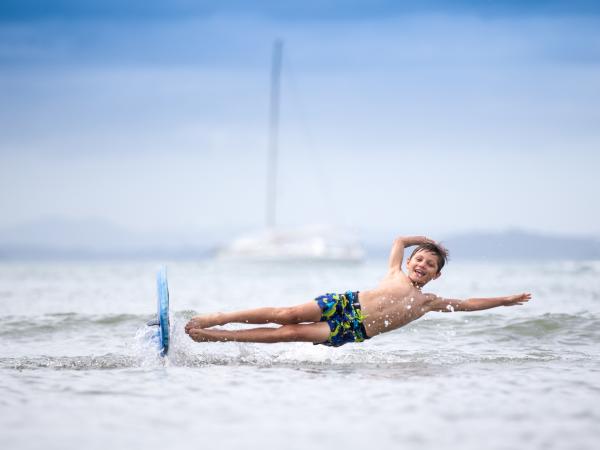 “It’s not an easy job, but I’m passionate about it,” says Wellington forensic photographer Jane Dunn.

And that passion, translated into images which pack a punch, is now on view internationally after two of her photographs were selected for the annual Europol calendar, distributed to staff in Europol and in member countries.

Illustrating January is Constable Karanbir Singh on guard outside the Wellington Central Police Station after the March 2019 terror attacks in Christchurch. April features Senior Constable Stu Rota putting his dog Dakota into a helicopter at Wings over Wairarapa.

The first, Jane says, was an early morning shot and is all about the light and the colourings, as well as illustrating Police diversity. The second – well, no surprises there. Dogs are her great love.

She’s a familiar sight – often on days off - at Dog Training Centre graduations at Trentham, on the sidelines at the Police Patrol and Detector Dog National Championships and on the wall for all those with a Police Dog Trust calendar.

“I’ve had a passion for dogs my entire life. Most importantly I think our dogs are police officers too,” she says.

Jane has made it her mission to collect images of all the Wellington dog teams – and while some of the humans were a tad camera-shy at first, most now seem to appreciate the opportunity. The photographs become particularly poignant when teams are separated – as Stu and Dakota are with his recent move to Gisborne, or when there’s a death in the family. Ike, a veteran who died in early January, was a much-loved and much-photographed Police dog.

“It’s such a tight relationship,” Jane says. “Capturing those images is about giving something back to them.”

Some photos are planned; some involve tricks developed over her seven years in the job to make the dogs focus where she wants them to; some just happen. It’s all about creating a feeling, a reaction in the viewer.

She’s proud of her inclusion in the calendar, she says. Not just for herself, although peer recognition is always valuable, but also for the opportunity to showcase New Zealand Police on an international stage.

Meanwhile Jane has also scored some points with local judges, winning the New Zealand Herald summer photograph competition with a shot of her eight-year-old nephew Oliver Gowans tipping sideways on a boogie board at Stanmore Bay on Boxing Day.

That was one of those right time, right place shots, she says. The new camera which was her prize might be kept for Oliver when he’s a bit older, but then again, it would be pretty good for travel.

Previous
Stories in their own voices
Next
Stolen Scruffy's return