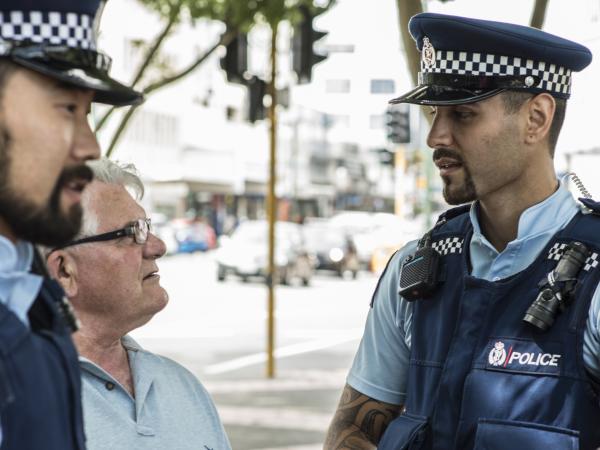 “Elder abuse is not ok,” says Marianne. “All seniors/kaumātua deserve to be treated with respect, with dignity and with care.”

Elder abuse causes significant harm in our communities. This year 70,000 older people will experience elder abuse, and as many as three in four cases go unreported.

Marianne’s role in the National Prevention Centre (NPC) is to ensure victims are placed at the centre of everything we do; she is concerned about the number of older people who are victims of abuse.

“Elder abuse is a serious and growing problem. It can cause considerable harm, even when there may be no identifiable offences.”

Elder abuse is defined as a single or repeated act, or lack of appropriate action, occurring within any relationship where there is an expectation of trust which causes harm or distress to an older person.

There is no single 'type' of elder abuse and it can be quite subtle, so it is vital that police staff keep their eyes wide open when attending other matters, says Marianne.

It can be psychological, financial, physical or sexual abuse. It can also be intentional or unintentional.

“It could be using their home without contributing to costs, preventing choice or decision-making, pressure to change their will or taking things because ‘I’ll inherit them anyway’,” she says.

“If, during your work, you suspect elder abuse but it doesn’t meet the criminal threshold, you can refer victims or their support people to elder abuse response services to prevent any further harm.

“It’s about taking every opportunity to prevent harm because all New Zealanders deserve to be safe, and feel safe,” says Marianne.

Who in your community is most at risk?

What can you do if you suspect elder abuse?