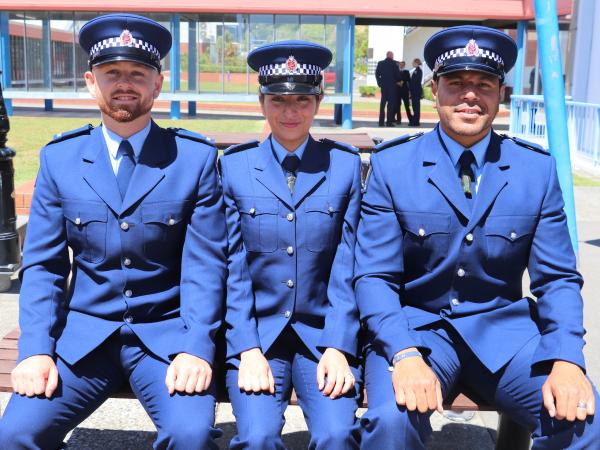 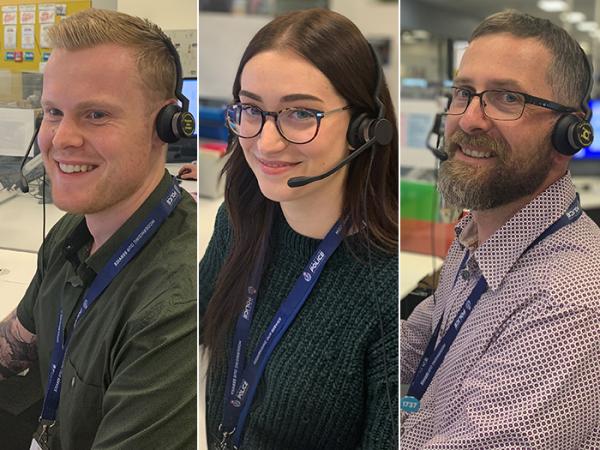 Mike Biggans is on his way to becoming a police officer. But before he gets accepted to the Royal New Zealand Police College (RNZPC), he’s getting some good training on duty at the 105 - Non-emergency Kapiti Digital Communications Centre, answering calls.

“Before joining New Zealand Police I spent 10 years working for McDonald’s restaurants. More recently, I was a restaurant manager but I am now in the constabulary recruitment process.

“I saw the opportunity to join the 105 - Crime Reporting Line team as way to build knowledge and skills before heading to the RNZPC.”

His advice for others interested in becoming a 105 Communicator is simple.

“The experience I think people should have is anything dealing with customers or stakeholders. This could include dealing with conflict, customer complaints and feedback, or anything that involves communication skills.

“Police as an organisation is all for diversity and the melting pot of nationalities, religions and beliefs makes for such a fun environment to work in." 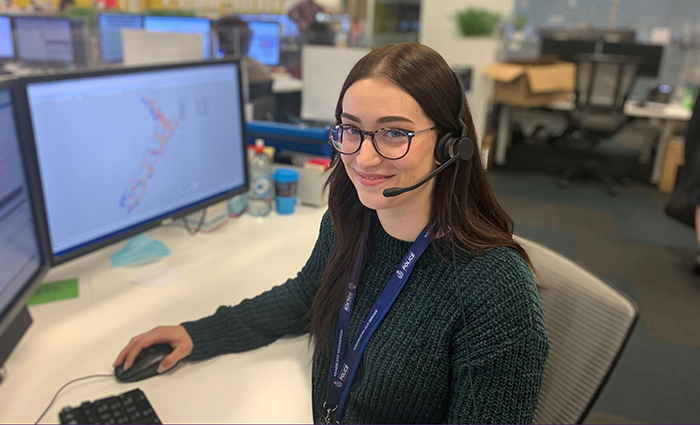 Also waiting for the call-up to get into the blue uniform is Jemma Scheib, pictured above, who says her job makes her feel very valued.

Jemma says she can calm someone down in a stressful situation, just by staying calm herself.

“I feel really proud when I can stop someone from crying and turn their mood around completely," she says.

"I personally love the late shifts as I’m not much of a morning person and like to sleep in. I used to work in Wellington city and hated the traffic every morning. Now I drive the opposite way to the commuter traffic - up the beautiful Kapiti Coast.” 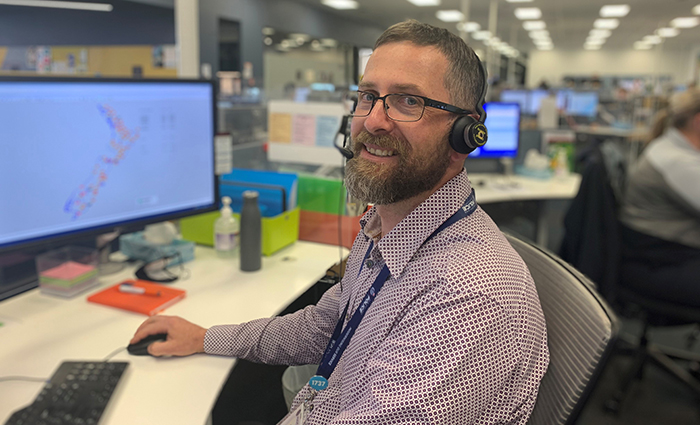 Paul Waechter, pictured above, is also a 105 Communicator at the Kapiti Digital Communications Centre. He came to Police in March this year after a varied career as a gardener, painter and music teacher.

“I was drawn to the role for the opportunity to do meaningful work that makes a difference to people," he says.

"There’s a lot more to Police than most people know. I don’t see myself becoming a constable, but there’s wide range of other opportunities within Police that I may explore in the future."

Paul says 105 call takers are a diverse bunch, with everyone bringing their own unique skills and experiences to the role.

"There’s no single description of what skill set or background makes a good call taker, but an open mind and a willingness to learn and share your own knowledge is a big advantage," he says.

"You need to be confident speaking to a wide range of people. It’s important that you can make people feel as comfortable as they can. Building rapport with callers can help them, and you, greatly."

Constable Lewis Ferguson worked as an emergency call taker and dispatcher before getting the call-up for college.

“My time at comms was invaluable and has helped set me on the path to becoming a police officer," he says. "The work was rewarding, exciting and challenging. I learnt a lot about myself and how to manage high stress situations.”

Constable Nita Rakovica also worked as an emergency call taker and says it gave her the ability to "deal with intense situations and be able to remain calm at the same time".

"My ambition though, was always to become a police officer and help the community face to face," she says. "While at College I volunteered to help with Armed Offenders Squad Training, and I definitely see myself possibly joining a squad in the next few years – if fit enough.”

Constable Penieli Talataina-Kii has worked in the 105 Digital Centre in Tamaki Makaurau since 2015.

“Working in 105 helped me tremendously in achieving this goal of becoming an officer," he says. "The types of calls we received gave me an insight into jobs I would possibly attend as an officer and it motivated me to get out on the front line quicker. Now that I’m a Constable, my communication skills and knowledge I have gained with 105 is going to help a lot when I serve our communities on the streets.”

If you are interested in becoming part of the New Zealand Police in a 105 or Emergency Call Taker role, you can find out more about the job, here.

Previous
WATCH: Ticking off the bucket list
Next
Eyes on the prize for new constables