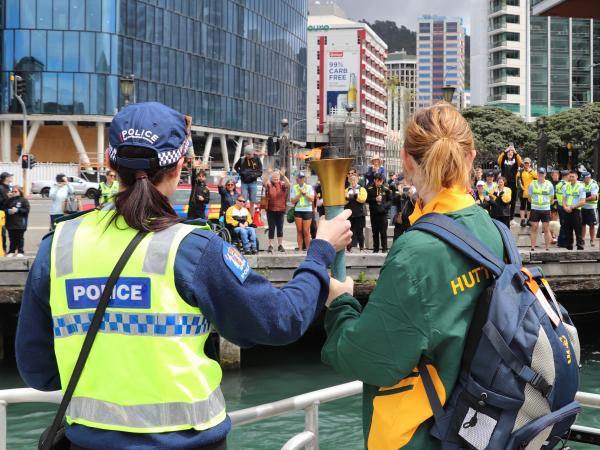 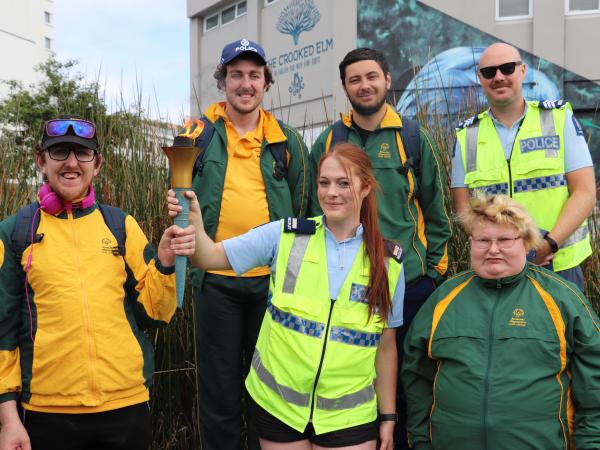 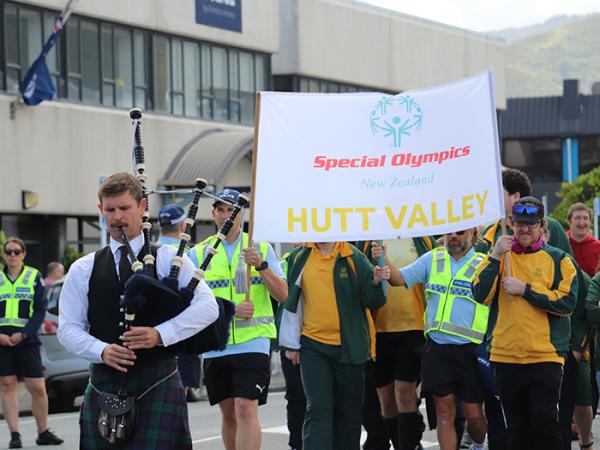 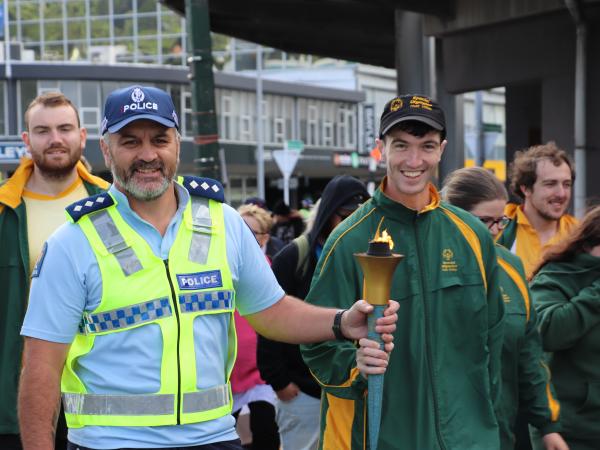 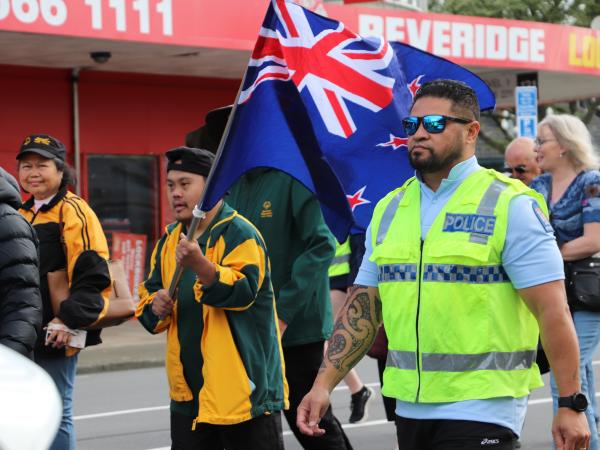 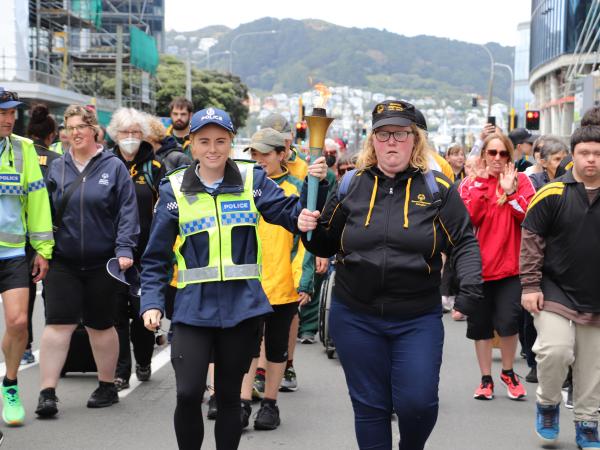 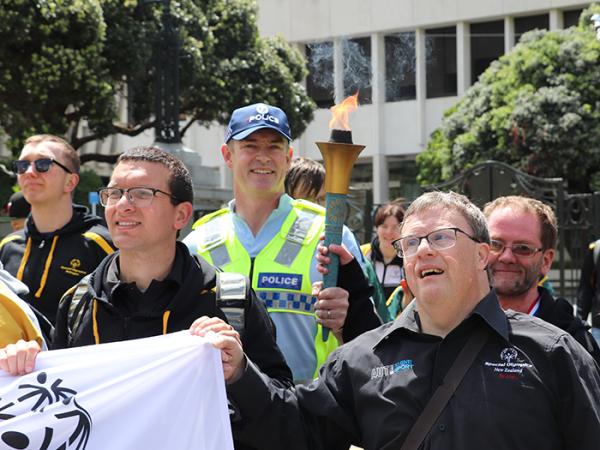 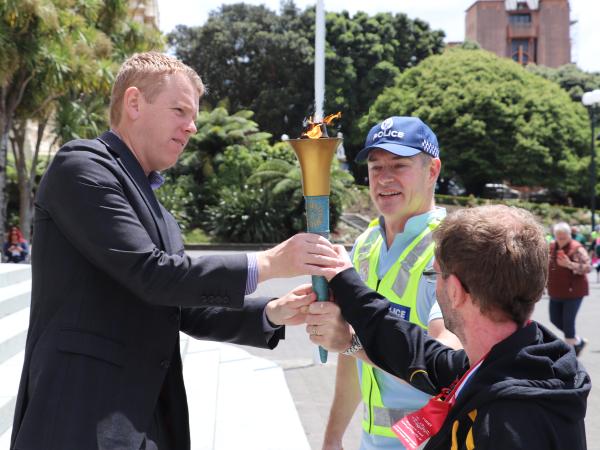 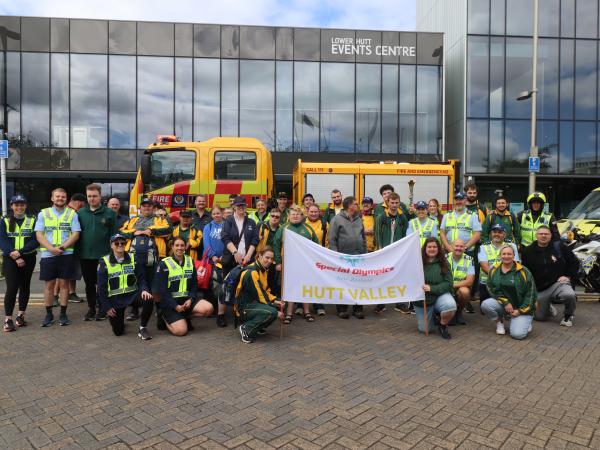 Home > News > Ten One Magazine > A symbol of hope

It was Wellington’s turn to encourage and celebrate local athletes on Saturday, ahead of the Special Olympics Summer Games which start in Hamilton on Thursday.

The Law Enforcement Torch Run (LETR) helps to raise awareness of Special Olympics in the community. Police alongside their local athletes, carry the flaming torch—a symbol of hope.

The Wellington leg of the LETR coincided with the International Day of Persons with Disabilities which promotes the rights and well-being of persons with disabilities in our communities.

Grant Quinn, founder of the Special Olympics movement in New Zealand, was visibly emotional as he addressed athletes in the Hutt Valley.

“It was very special to see our athletes proudly celebrated as they walked down the streets of our city. Thank you to all the police personnel for their involvement today,” he said.

Athletes, family, and supporters first assembled outside Lower Hutt Police Station before walking in a parade to Lower Hutt Town Hall. Joining them were staff from Wellington District and recruits from the Royal New Zealand Police College. 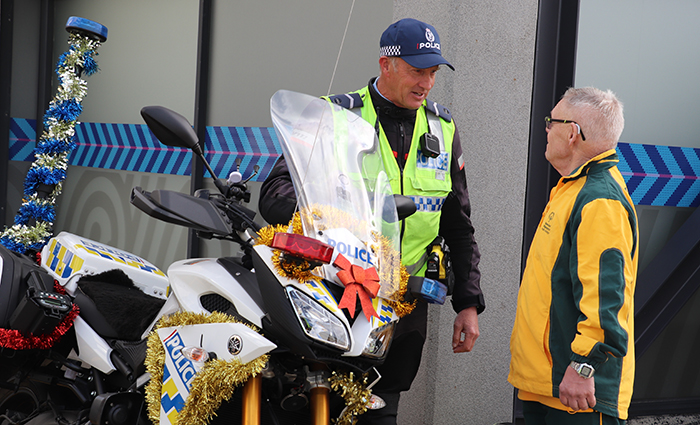 The Hutt Valley procession was led by Senior Constable Johnny McGrail on a festively decorated Police motorcycle, pictured above, followed by a bagpiper drawing attention to the special occasion.

The excitement of the athletes was palpable. The Special Olympics banner was flown high and proud. Athletes took turns holding the flaming torch with Police staff.

Hutt City Mayor Campbell Barry met the parade of athletes, wishing them well and presenting them with their packs.

A selection of Hutt Valley athletes then travelled to the Seaview Marina to board the Police Launch Lady Liz, ferrying the torch of hope across the harbour.

Eagerly waiting at the Police Maritime Unit base was a crowd of Wellington and Mana athletes, supporters and Police. Among them, Police Commissioner Andrew Coster who joined the Wellington City leg of the LETR.

Commissioner Coster greeted the Hutt Valley athletes as they disembarked the Lady Liz to pass on the torch of hope to their peers.

“I’m delighted that Police is once again supporting the build-up to the Special Olympics New Zealand National Summer Games,” Commissioner Coster said as he addressed all the athletes.

“A huge amount of effort has gone into organising this Torch Run up and down the country, and I’d like to thank all of you involved.

“The flame represents so much of what policing is about – hope, courage, opportunity, inspiration and equality.

“To all the athletes taking part in the upcoming Games in Hamilton, I wish you all the very best and above all, have fun.”

From the wharf, the parade made its way up Bowen Street to Parliament where the Hon Chris Hipkins, Minister of Police welcomed the athletes and encouraged them for the upcoming tournament. 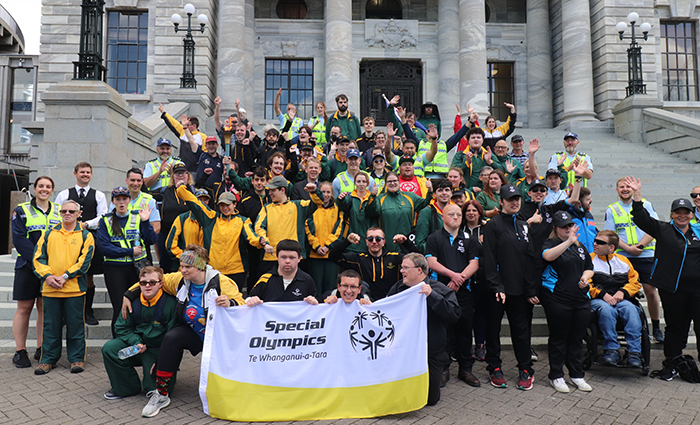 The Special Olympics athletes with Police staff, the Commissioner and Minister of Police on the steps of Parliament.

About 1400 athletes from across Aotearoa are travelling to Hamilton to compete in the Special Olympics Summer Games from 8-12 December 2022.

Senior Sergeant Andrzej Kowalczyk has spent months organising the Wellington leg of the LETR and says the day went better than expected.

“Thanks to all the emergency services staff from Police, FENZ and WFA, and also community leaders who gave up some of their personal time to support our athletes.

"Everyone who was involved today was fantastic and the athletes are still buzzing. Like I’ve said before, being involved with our local Special Olympics clubs is just really good for the soul.”

Previous
On the Bunny Street beat
Next
Waka adventure! (with video)