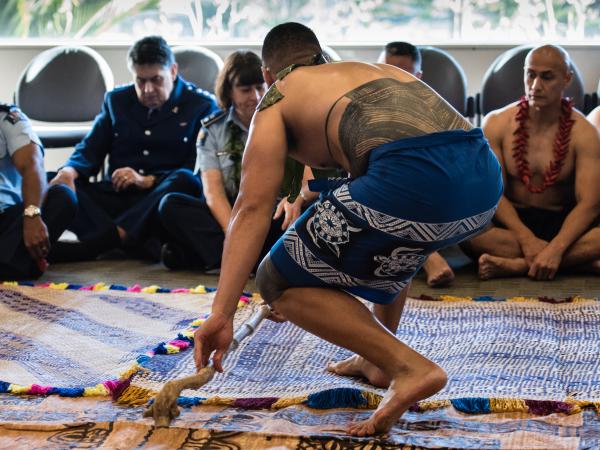 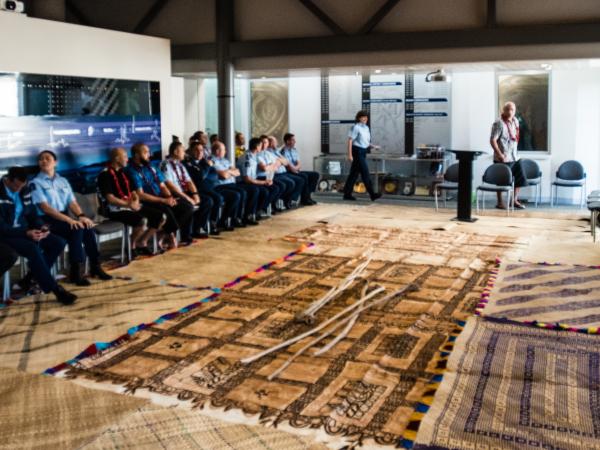 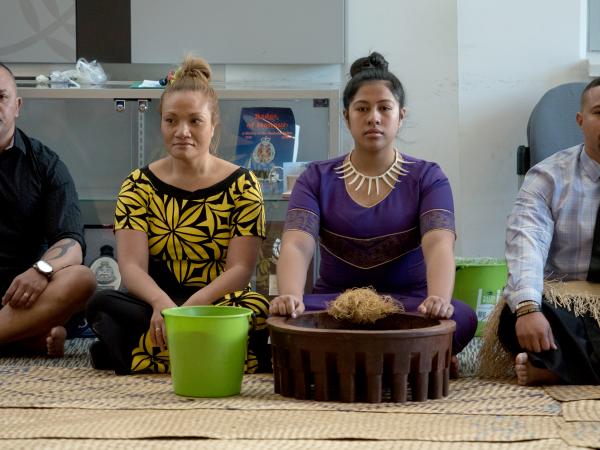 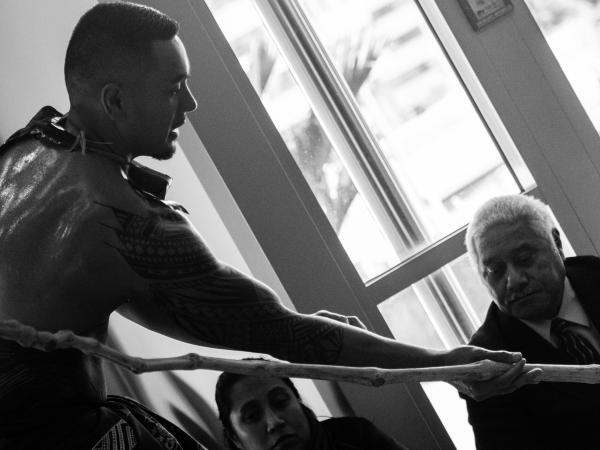 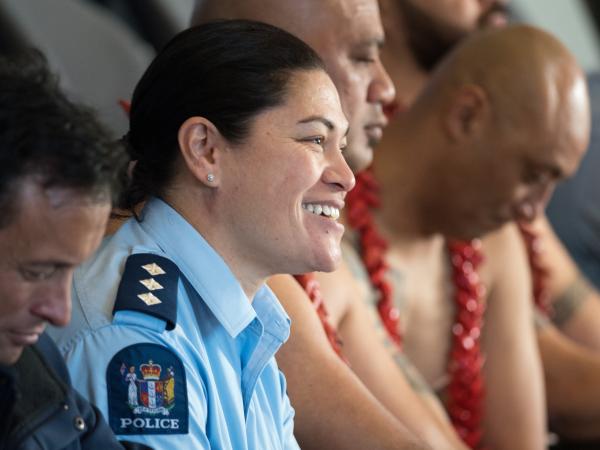 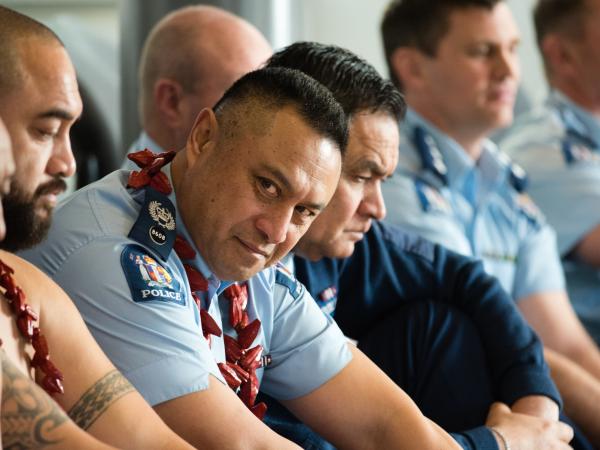 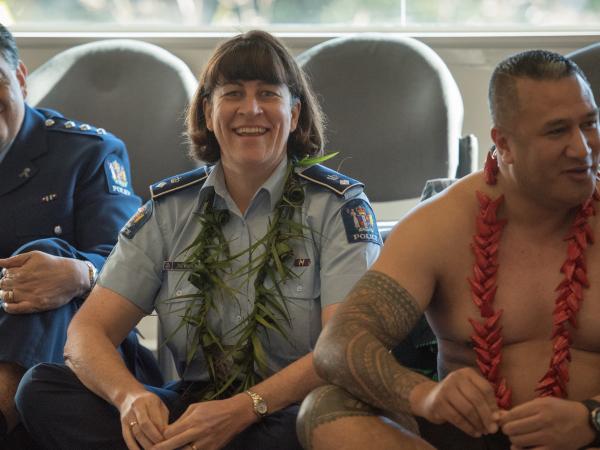 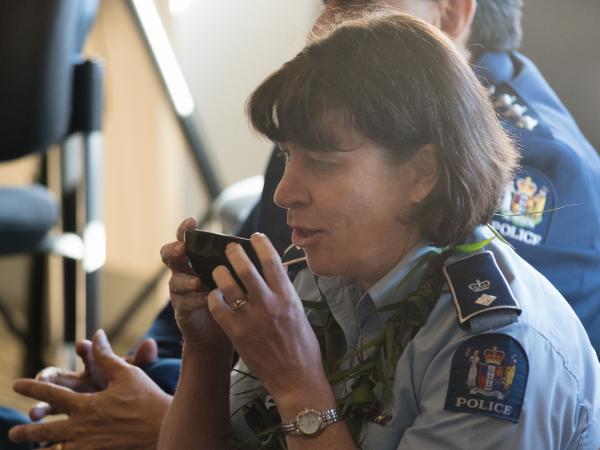 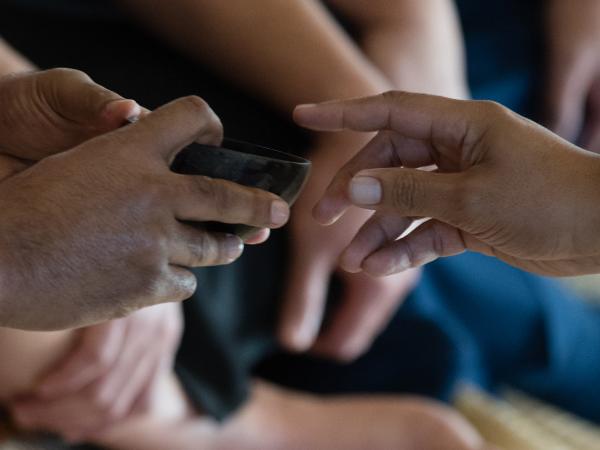 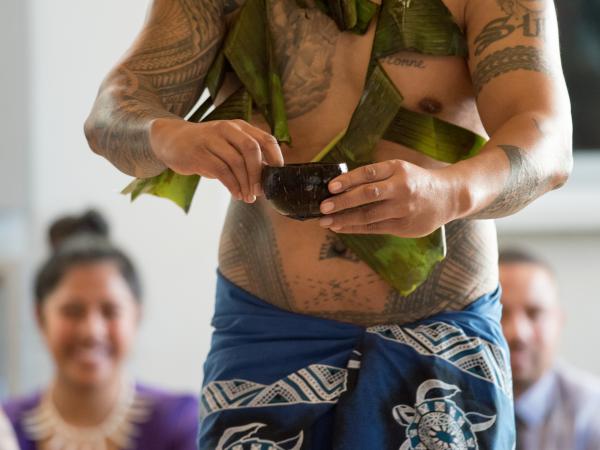 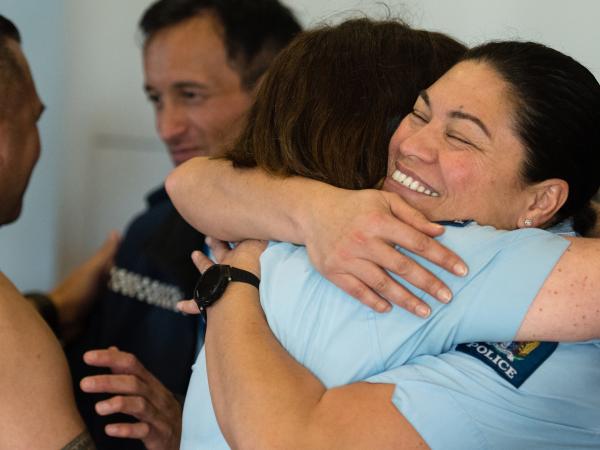 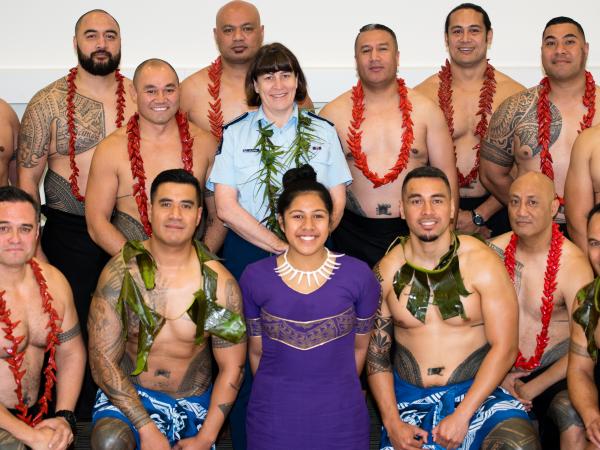 Police staff in New Zealand’s Pasifika capital had a special welcome for their new boss.

Detective Inspector Tofilau Faa Va’aelua, who organised the ceremony and hosted it as High Chief alongside Acting District Commander Inspector Julia Lynch, says it was appropriate that Jill receive a Pacific welcome in the most Pacific Police district.

The ceremony at Manukau Police Hub was led by 13 officers sporting traditional Samoan tatau (tattoos), many of whom also have chiefly Matai titles. It included officers from other Pacific groups – such as Tonga, Fiji, Cook Islands and Niue - to reflect the local police and communities.

In the host party Faa and Julia were supported by members of the Counties Manukau District Leadership Team and Matai officers from the district.

“When I joined Police 29 years ago we had only a few Pacific Island officers,” says Faa. “We had fewer who could speak fluently, fewer than that who were aware of cultural oratory traditions, fewer still who had Matai titles and even fewer with the traditional tatau.

“Now we have this group of officers with a grounding in Pacific culture across the three districts of Tamaki Makaurau.

“One of the most significant things is that a lot of these ceremonies are facilitated by community groups, such as church groups. This was only the second time that we’ve been able to have one totally facilitated by Police staff.”

The previous occasion was the welcome for Superintendent Tusha Penny into her role as Waitematā District Commander earlier this year.

Jill - who today received another welcome in the form of a pōwhiri at a Manurewa marae - says she felt incredibly honoured to be welcomed by Police staff in the 'ava ceremony.

"It brought together a really nice group of people I'd previously worked with in Waitematā and Auckland City," she says. "It was something involving the whole of Tamaki Makaurau, which was very special."

The ’ava ceremony is a traditional expression of welcome and friendship for a newcomer to a Samoan village. It involves speeches and the formal sharing of a cup of ’ava – known as kava elsewhere in the Pacific.