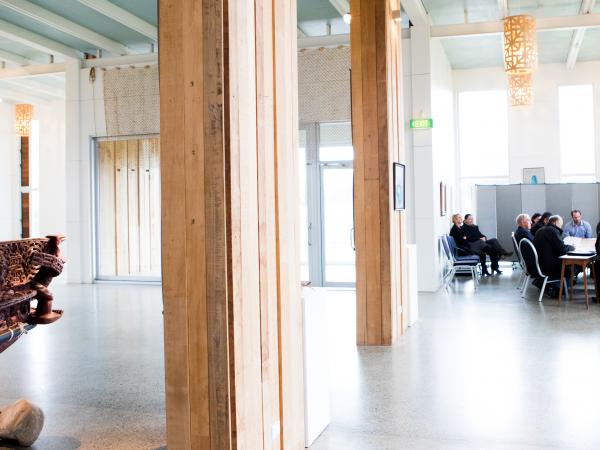 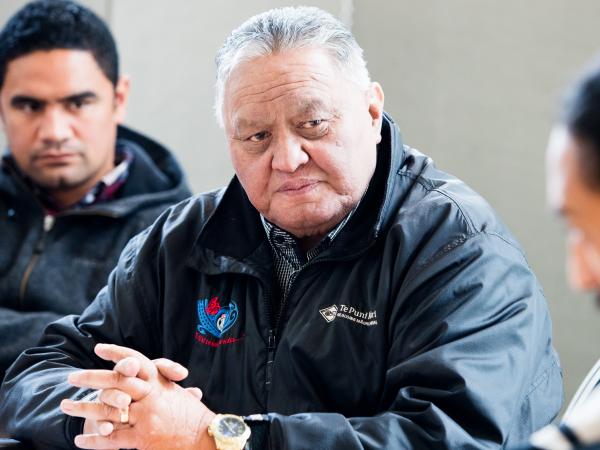 Hemi stole a tray of cookies - he doesn’t know why - but being caught was the best thing that could have happened.

He could have been prosecuted, fined and left with problems worsened. Instead, Police referred Hemi (not his real name) to the Te Pae Oranga iwi panel at Waiwhetu Marae, Lower Hutt.

Panellists probed what went wrong. Hemi had worked in forestry for 12 years but quit after seeing a workmate killed. He had no benefits, unresolved trauma and a drug problem. He wanted to work, he said, and get straight.

He was ordered to pay $80 reparation and write a letter of apology. The panel ordered drug and trauma counselling and offered him help to find work and get his driving licence. A whānau ora navigator was appointed to support him.

“People ask if it’s a soft option – the answer is that it’s hard to make yourself accountable to your community,” he says.

“It helps that the people on the panel are often mature members of the community – particularly among Māori, nobody likes being told off by their granny.”

Waiwhetu was the first iwi panel, piloted in 2014 to apply a Māori framework to a community justice panel approach piloted in Christchurch. Pilots in Gisborne and Manukau followed.

“Each iwi provider has their own organic process,” says Sergeant Whiti Timutimu, who as Māori Responsiveness Advisor in Gisborne set up the panel in Te Runanganui o Ngati Porou.

“In a nutshell we’re there to address underlying issues and offending and develop a plan around victims’ needs and the offenders’ issues to move everyone forward.”

The Waiwhetu panel hears six or seven cases every Wednesday, from across Wellington District. Most participants are aged 17 to 24; the oldest so far was 83.

Part of today's sitting was observed by Police Minister Stuart Nash - a vocal supporter of iwi panels, who hosted a celebration of Te Pae Oranga at Parliament in March.

The Minister's visit was made more poignant by the fact that his great-grandfather - Prime Minister and Hutt MP Sir Walter Nash - championed the building of the Waihetu meeting house and opened it in 1960. Sir Walter would have been proud to see it put to such a use, the Minister said.

Police has a target of reducing Māori reoffending by 25 percent by 2025. Te Pae Oranga contributes to that but it is open to all ethnicities. At Waiwhetu around half the participants are non-Māori.

“But you can’t make assumptions – it might be that a blond-haired blue-eyed boy turns up and rattles off his whakapapa, but in NIA he’s down as NZ European.

“That’s New Zealand – there aren’t many degrees of separation.”

Participants are referred by police. They must be adults and must admit the offending. Family harm and methamphetamine cases, or offending with a maximum penalty of more than six months’ imprisonment, are ineligible.

The process is as unlike court as possible. The participant – supported by navigators – sits with panel members around an oval table. Also present are the Police participant and whānau members. Victims are always invited.

The session opens with a karakia and introductions. The Police participant outlines the facts; the participant and victim are asked for their versions; panelists ask questions then set a plan and conditions.

Solutions can be creative. In Rotorua, when three housemates were up for cannabis possession, two were given 14 days to find new accommodation and all were told to actively look for work.

That address has not come back to Police attention, says Senior Sergeant Graeme Hill, Youth, Community and Family Harm Coordinator in Rotorua.

Underpinning everything is the willingness of frontline police and supervisors to refer rather than charge.

The arrest process is the same and the referral and prosecution file structures are aligned. The case must be evidentially sufficient for prosecution but frontline staff know the criteria for referral.

“It doesn’t involve anything wildly different or extra,” says Ash. “If frontline staff engage and sell the process it enables the panel to work smoothly.

“The panel recognises it starts with Police. Sometimes if someone has a bad attitude to Police they’ll say ‘You should be thankful to the police for sending you here’.”

After referral comes a pre-panel meeting with the participant; then the hui matua, the panel sitting; then monitoring and follow-up: participants typically have six weeks to meet their conditions or risk prosecution after all.

The Waiwhetu panel is contracted to hear at least 150 cases from June to June. It has heard around 250 since June 2017.

Ash says it has reduced the burden on the courts, and indications are that reoffending in the first six months post-hearing is down - 22 percent for panels, 50 percent for courts.

Panels can also have a transformative effect for victims. In one Tairawhiti case, it emerged the victim in a bust-up over a $20 debt was raising nine children alone in extreme poverty.

Support was put in place, from food aid to donated furniture. A social worker was engaged, the children were found school places nearer home and their absent father was contacted and agreed to help.

“That’s the power of the community coming together,” says Whiti Timutimu. “It’s a powerful story of what the panel can do.”

Ash says the thinking has changed since early on, when the focus was on Māori tackling a Māori problem. “Now we’ve got a really good opportunity to have a different sort of conversation about prevention.

“We’ve come a long way in terms of those conversations within Police. It’s come from the top down from Commissioner, and from the bottom up from people like me.”

Graeme Hill in Rotorua wants more police to experience panels. “If you’re still on the fence believing court is the best place for everyone, I challenge you to sit in for the day,” he says.

“Listening to the discussions will challenge those thought processes. Trust me, it’s an awesome experience for all involved and addresses more than just the offending.”

Te Pae Oranga is part of the Iwi and Community Partnerships workstream of Police’s transformation programme The Safest Country - Policing 2021.
Previous
On the road - from Tahiti to Porirua
Next
Standing together - in pink