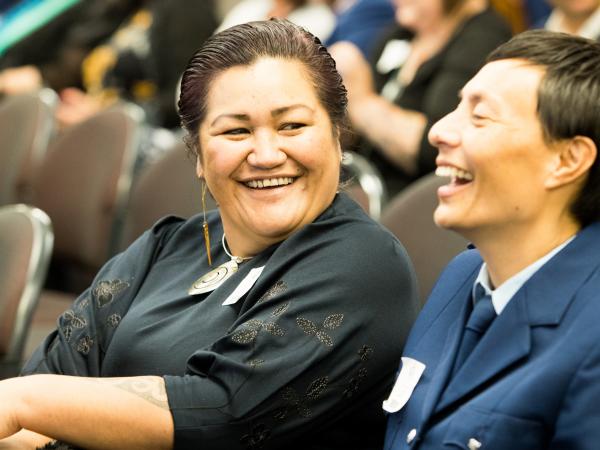 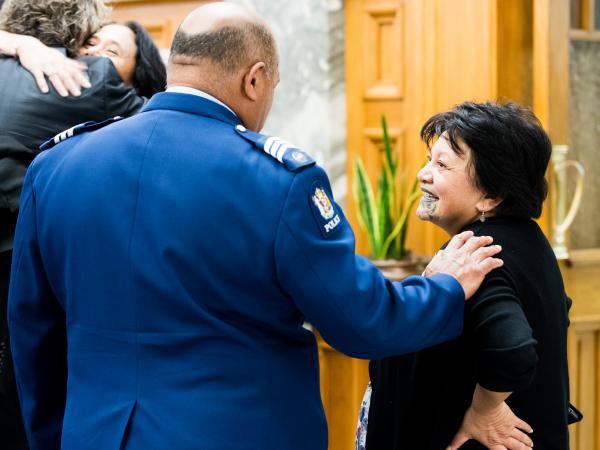 On a wave of positivity and with royal blessing, Te Pae Oranga - the new identity for Iwi Community Panels - was launched on a mission to transform the experience of justice for thousands of people.

Police Minister Stuart Nash, with the support of the Māori King, Te Arikinui Kingi Tūheitia, hosted an event at Parliament which combined a celebration of the success of panels already operating with a vision of the future for Te Pae Oranga.

Te Pae Oranga is an evidence-based process credited with bringing an 11.9 percent fall in reoffending among Māori aged 17 to 24.

Eight panels are already active, with another five due to launch in the coming months.

They aim to prevent minor offending leading to serious crime and imprisonment. They address underlying issues and hold participants to account by involving victims, participants’ whānau and community-based support.

Other guests included members of Iwi Community Panels, many of who took part in a Community of Practice workshop for panel providers and Police staff in the days after the event.

Wally said Te Pae Oranga was an opportunity “for Māori to lead the way with a Māori approach that is open to – and effective – for all”.

Minister Nash reinforced the need to do things differently to achieve success.

“Recidivism rates are through the roof and, as a consequence, too many young lives are wasted,” he said. “We need to look at what else is happening in people’s lives and provide supportive solutions.”

He said Te Pae Oranga represented a unique partnership between iwi and the Crown and expressed a wish to see 40 or 50 panels around the country.

Tongue in cheek, Commissioner Bush prompted laughter by thanking the Minister for that commitment to extra funding. He said Police wanted panels throughout the country.

“We’re here to right a wrong; the over-representation of Māori in the justice system - not just in prisons and courts but also as victims of crime,” said Commissioner Bush.

He cited Police’s Value of Commitment to Māori and the Treaty. “We’re here to serve, to serve with respect.”

He said Te Pae Oranga was about “addressing people who get into the wrong space - but not by sanctioning them and putting them somewhere where things might get worse.

“It’s also about… working with iwi Māori and the community to address the reasons they got into that space, and making it right.”

“The Kingitanga is determined that Māori will own their problems and, in partnership with the agencies, work to solve the problems together.”

King Tūheitia invited Police to a recruitment summit at Tūrangawaewae Marae to discuss policing and the potential of careers in policing for young Māori.

“We cannot change the past but we can learn from the past. The government cannot fix our problems – we must do that. We Māori must lead the way.”

‘Te Pae Oranga’ expresses the notion of the paepae – a place for expressing and listening to differing views - and ‘oranga’, indicating a focus on wellbeing.

The first iwi panels were created with the aim of doing things differently to reduce Māori offending and victimisation and to reduce pressure on the criminal justice pipeline. These first panels, in the Hutt Valley, Gisborne and Manukau, applied a more Māori framework to the community justice panel approach piloted from 2010 in Christchurch.

In 2017-2018 panels were launched in Auckland City, Rotorua, Hamilton and, most recently, Invercargill. Panels in Northland, Waitematā, Bay of Plenty, Eastern and Tasman districts are due to follow by the end of June.

Click here for a video explaining more about the Te Pae Oranga approach.