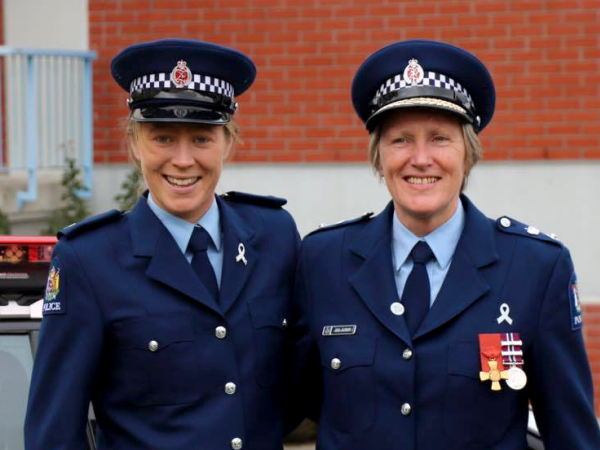 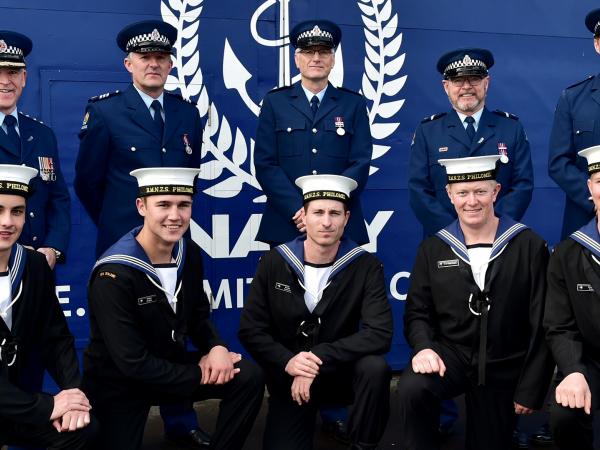 Among the most recent additions to the Police family was Constable Laura Jackson, who left the Royal New Zealand Police College to join her mother Superintendent Anna Jackson in the organisation.

Meanwhile, there was a strong Police contingent among the families and friends who attended Devonport Naval Base to see loved ones graduate into the Royal New Zealand Navy.

Laura was one of 59 members of Recruit Wing 305 who were attested at the RNZPC on 22 June. She has just started work in the Hutt Valley, Wellington District.

She says her parents – her father Graham is a former police officer – were a definite influence on her career choice.

“I can’t remember a time I didn’t want to be a police officer,” says Laura. “I used to talk to Mum’s mates and they’d say ‘Hasn’t she managed to put you off yet?’

“But every day she gets up and goes to work she loves it, whatever area she works in. That enthusiasm and passion to serve the community has definitely rubbed off.”

“I’m very happy with the path she has chosen,” she says. “I’d certainly do it all over again. I know she’ll be challenged and motivated and will get a huge amount of satisfaction out of her career.”

At Devonport, Police members – some dressed for the occasion in number ones - gathered with family and friends to see family members graduate from the New Zealand Navy’s Basic Common 17/01 and Junior Common training wings.

The event included demonstrations of their skills and ended with a rousing haka.

Unlike their Police counterparts, the Navy graduates now move on to specialist basic branch training before beginning their careers in earnest.

“The Navy put on a very good event,” says Detective Shane Page, whose son Nicholas is now training to be a seaman combat specialist.

“It was impressive to see how the boys and girls had embraced their new disciplines, leadership framework and culture, as clearly demonstrated by their high dress standards and professionalism on parade.”