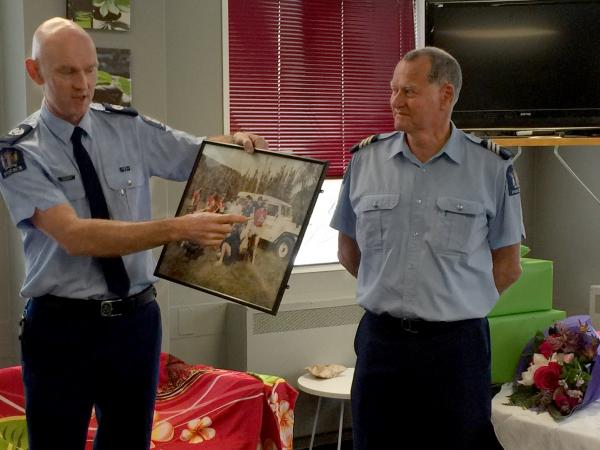 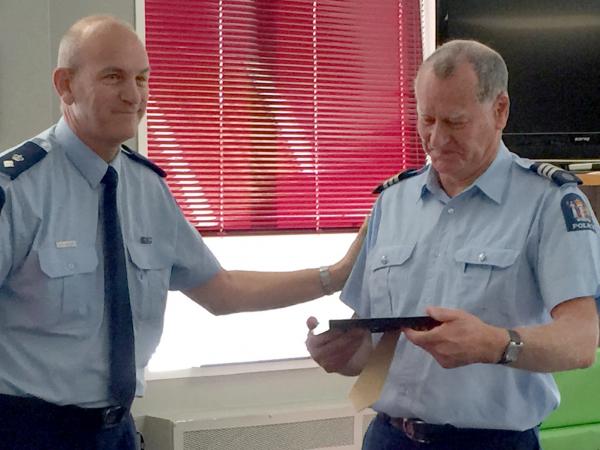 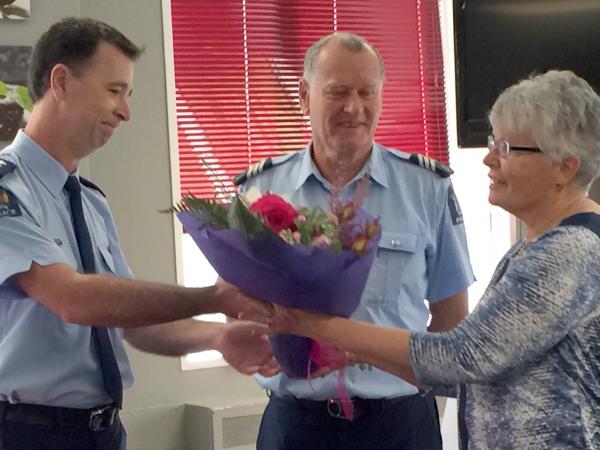 Bruce – real name Alan – joined Police in 1970 after a friend spoke to his school about his life as a police cadet. Bruce signed up with 56 Recruit Wing as an 18-year-old and graduated from Trentham before his friend on the slower cadetship track.

He was posted to his native Auckland - first Auckland Central then suburban Onehunga, where he spent 11 years.

Driving round the area, even so many years later, Bruce says he is reminded of the tragedies he encountered as a young constable.

“I remember the first fatal accident I attended. When I drive past the intersection I’m reminded of it. There was a 15-year-old girl who killed herself – that’s always with me. In Mount Eden Road I had to tell the parents their son was dead – I still drive past the house they lived in.”

He was part of the 1981 Springbok Tour response, attending weeknight games in Auckland and travelling the country by Air Force for weekend tests. “We weren’t in the riot squad but there was a lot of pushing and shoving,” he says.

“I saw the flour-bombing of Eden Park from outside the stadium, and a riot where a police car was turned over.”

He says the best thing about the tour was running into friends.

“There were a lot of people from my wing still around. Wherever we went it was a reunion.”

Bruce served in Search and Rescue in Auckland, first as a constable and later a sergeant. “People would say ‘What’s there to do in SAR in Auckland?’ but we’re surrounded by bush and sea.”

SAR again involved RNZAF transport, the Police launch Deodar, the Westpac Rescue Helicopter and, later, the Eagle Helicopter, which was crewed by SAR and CIB staff part-time until it got its dedicated crew. “They were interesting times,” he says.

Bruce was seconded into logistics roles when Auckland hosted the 1990 Commonwealth Games and 2011 Pacific Islands Forum.

He rates his years in recruitment as the most satisfying of his career. “A lot of my recruits are still floating round – and most of them out-rank me,” he says.

“It was a very positive experience. When you’re dealing with criminals it can be quite negative but those young people were as keen as mustard. It was great to see their enthusiasm.”

Bruce joined Prosecutions around 1996, after casually mentioning to an inspector that he wouldn’t mind giving it a go. Twenty-one years later, he says he found the regular hours, the variety and interesting nature of the work suited him.

“Every day has been different - coming to work every day, not knowing what you’re going to be doing,” says Bruce. “It’s been really enjoyable but I think it’s time for me to go.”

Bruce bowed out today surrounded by family and colleagues at a well-attended farewell event. Next in his caseload is some home maintenance, caravan travel around New Zealand with his wife Jenny, and quality time with their three children and five grandchildren. This includes a trip to England, home to their youngest daughter.