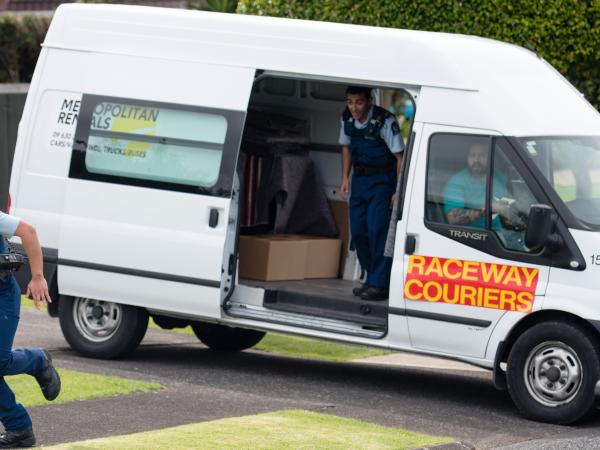 Police Commissioner Mike Bush has congratulated all staff who took part in The World’s Most Entertaining Police Recruitment video after it won a pair of prestigious international awards – at Cannes, no less.

“Everyone involved should be incredibly proud of the reach this video has had nationally and internationally,” he says.

The video won a silver award for use of social media and a bronze for PR activation in the Cannes Lions awards, beating up to 3000 other entries in each category. It was a finalist in five categories.

Cannes Lions, which dates back to 1954, is the most established and coveted award programme for the creative and marketing communications industry.

It annually attracts 40,000 entries from more than 80 countries. Cannes trophies are recognised globally as the ultimate achievement in creativity.

The awards were collected by representatives of Police’s creative partner, Ogilvy & Mather.

“I’m very proud of the New Zealand Police recruitment campaign. It's been such an amazing job to be part of. And winning at Cannes has been the icing on the cake.”

Last month the video won three gold and three silver awards at the Asia Pacific region AWARD Awards in Sydney, with further awards for Police’s Pirihimana car, the Do You Care Enough to be a Cop recruitment campaign and other work to increase diversity.

Earlier this year Police won six gold awards and the overall award at the Grand Axis Awards, which mark creativity in communications in New Zealand, for projects including the recruitment video.

The video brought a huge surge in interest from would-be recruits, with a 615 percent increase in profiles opened on the Newcops website, the first step for applicants to Police.

“We’re delighted but not surprised by its success. It gave a very clear message about the opportunities the organisation offers recruits, fronted by real Police staff, and it was amazingly engaging and funny – a really powerful combination.

“Congratulations to everyone involved in all our fantastic recruitment projects.”

The video now moves on to the prestigious D&AD awards in London as part of a shortlisted New Zealand Police Recruitment portfolio.