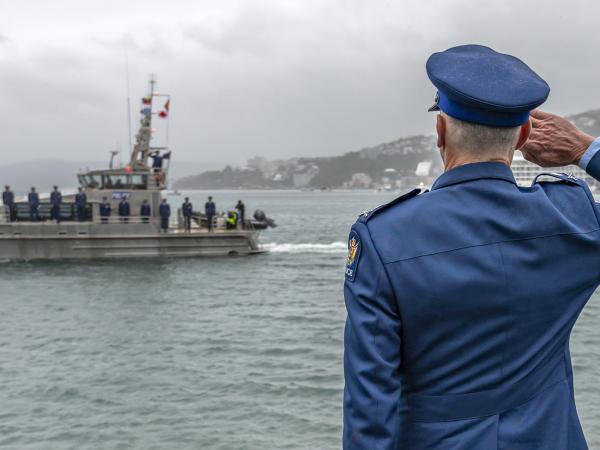 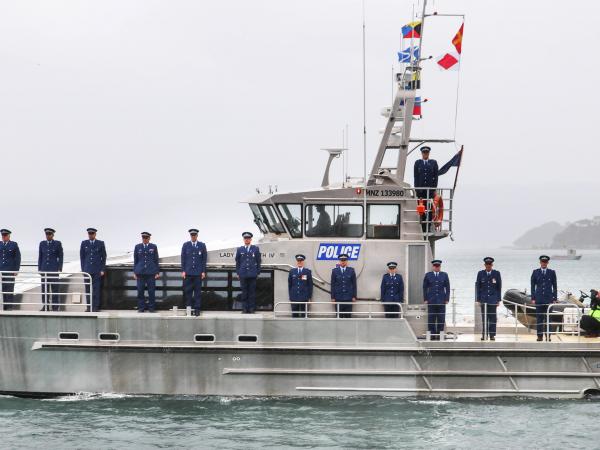 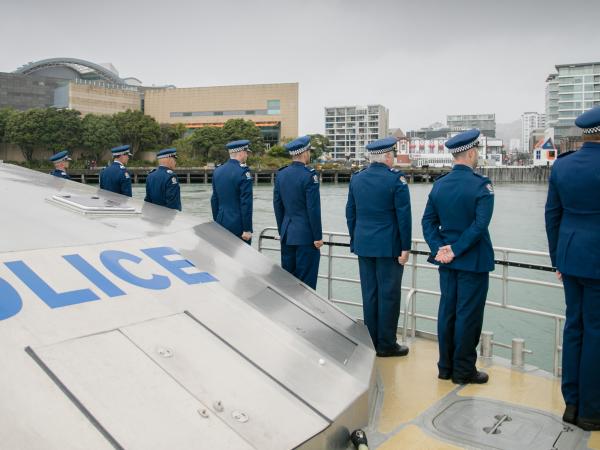 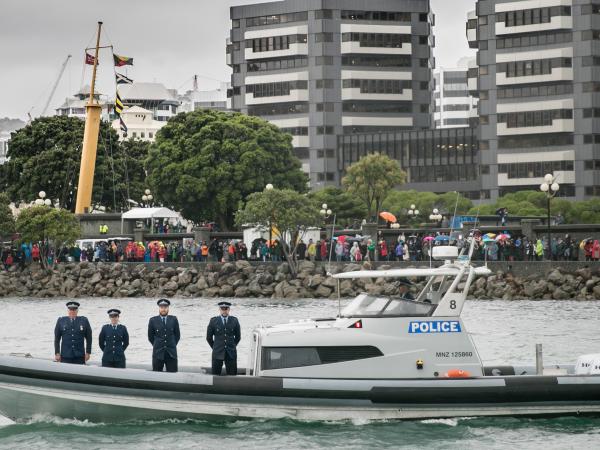 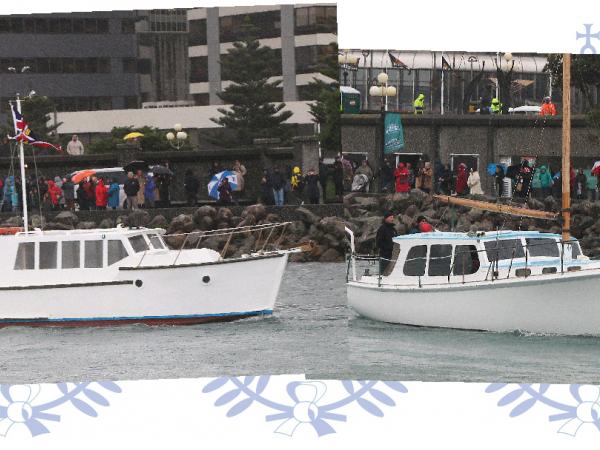 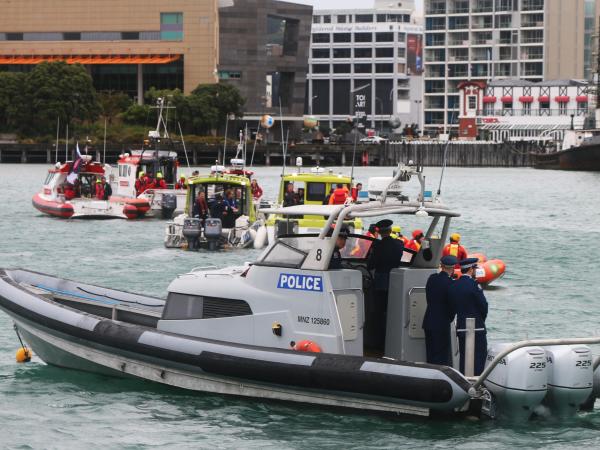 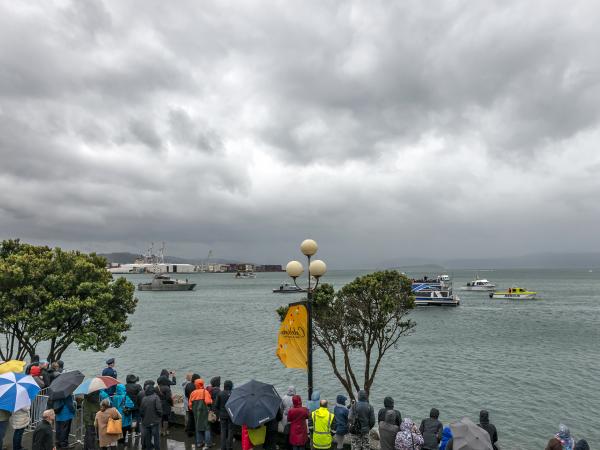 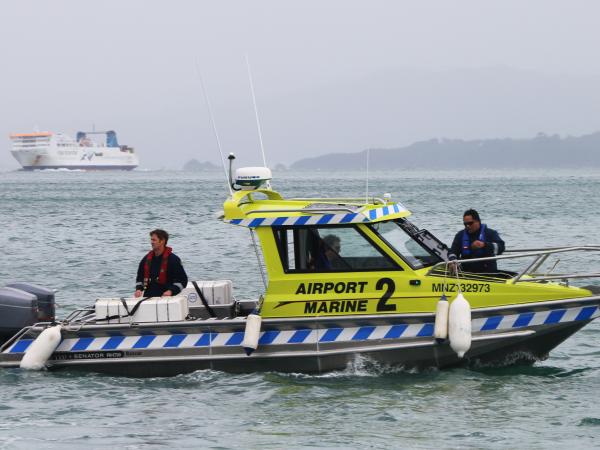 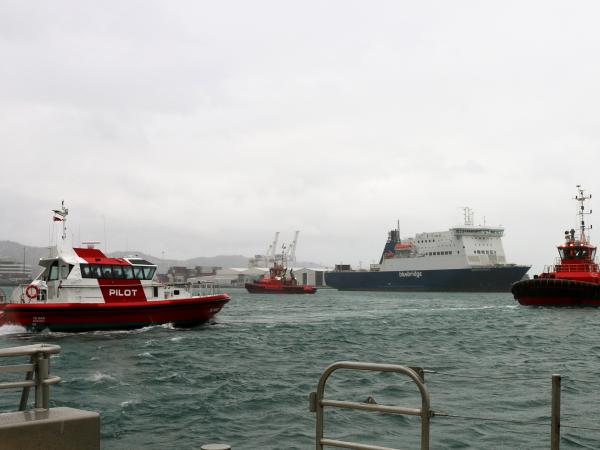 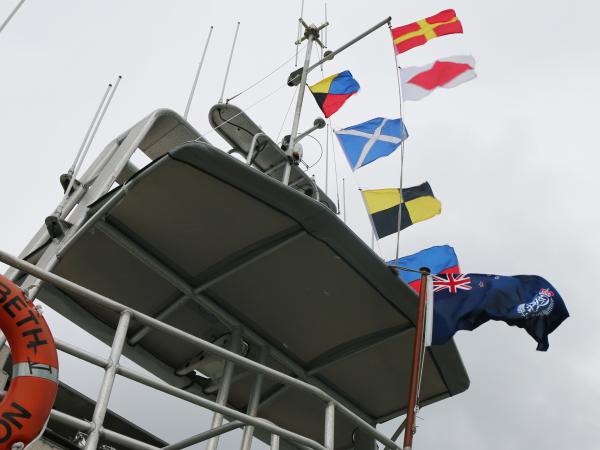 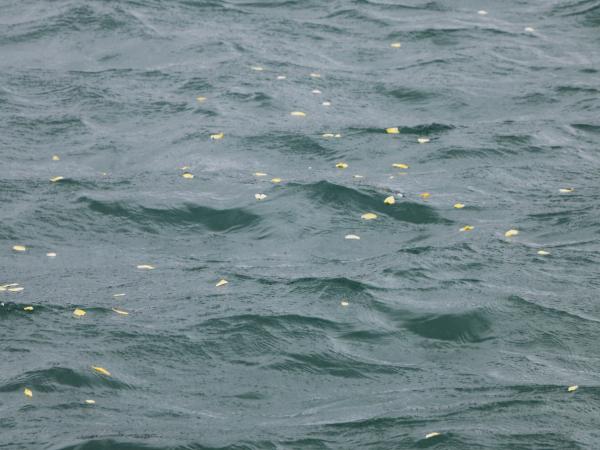 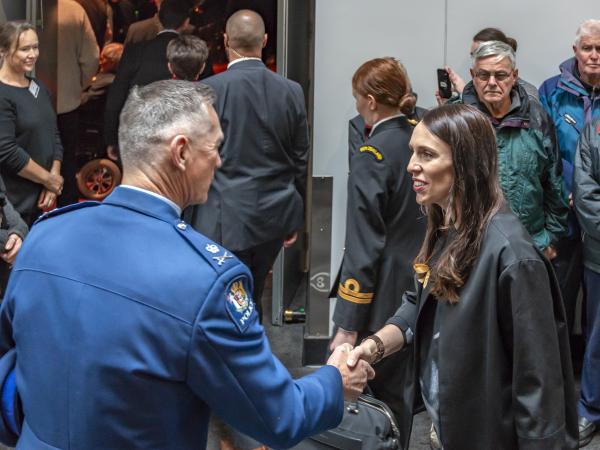 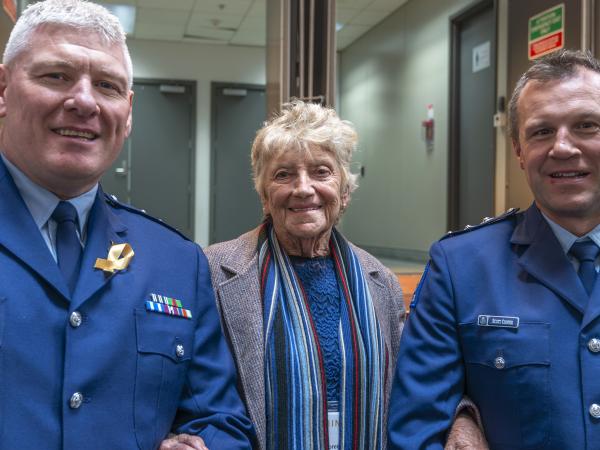 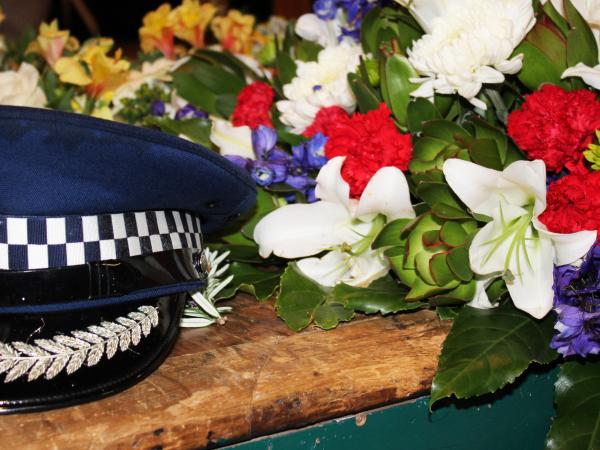 The Police launch Lady Elizabeth IV yesterday led a 32-strong flotilla of craft – two of which were involved in the rescues in 1968 - past the Wahine mast memorial in Wellington’s Frank Kitts Park, while Commissioner Mike Bush saluted from the shore.

Along the waterfront, survivors of the disaster and retired Police staff who played a part on the day were among guests of honour at a ceremony to remember victims and their families and pay tribute to the rescuers.

“I was honoured to take the salute from the flotilla and humbled to be there with survivors of the disaster, their family and friends - and so many of the rescuers, whose courage and efforts on the day are legendary,” says Commissioner Bush.

Earlier in the day, Police staff joined around 500 people at a dawn commemoration at Eastbourne, on the rugged eastern side of the harbour where most of the 53 victims lost their lives.

Police also had a presence in the 'P.S. Are You Prepared’ display on Wellington Waterfront, where search and rescue organisations offered advice how best to prepare for disaster on land or sea.

On the morning of 10 April 1968 the TEV Wahine, pride of the Union Steamship company’s inter-island service, was driven on to Barrett Reef at the mouth of Wellington Harbour by the region’s worst storm on record.

Hours later the ferry capsized and 51 of the 734 people aboard died after abandoning ship, with two more dying later from injuries received.

Yesterday’s flotilla included mighty tugs, pilot vessels and ‘official’ rescue craft - today’s successors to the vessels at the centre of the struggle to first save the Wahine, then rescue its passengers and crew.

There were craft from Wellington International Airport, honouring the airport inflatables sent on the 1968 rescue mission; and Coastguard Wellington, an organisation which - like Life Flight - came into being as a result of the disaster.

Alongside them were fishing boats, pleasure craft and other vessels representing the craft which braved the mountainous seas in 1968 and pulled dozens of people to safety.

As the Lady Liz passed the Wahine mast at the head of the flotilla, Maritime Unit O/C Senior Sergeant Tex Houston saluted from the bridge, with Maritime Unit crew and Wellington District Search and Rescue staff at attention, lining the railing.

A Police RHIB followed, then the rest of the commemorative fleet, from the scarlet CentrePort tugs – including the Taphui, whose 1960s namesake tug tried to take the drifting Wahine in tow – to small Surf Life Saving inflatables.

Boat crews scattered petals in the water in memory of the 53 victims before the vessels dispersed.

The stormy weather played a major part yesterday, with driving rain and a bitter southerly forcing organisers to move the Eastbourne and Wellington Waterfront ceremonies indoors.

The conditions gave just a hint of the weather which brought calamity 50 years ago – and when today's inter-island ferries emerged from the harbour's gloom, it just added to the atmosphere.

Last week Ten One ran a four-part tribute to Police staff involved in the response to the disaster. You can find the stories here: https://tenone.police.govt.nz/magazine-news (Police staff only) or http://www.police.govt.nz/news/ten-one-magazine
Previous
A ‘canvas’ of a different kind
Next
Te Pae Oranga - Toward Positive Outcomes