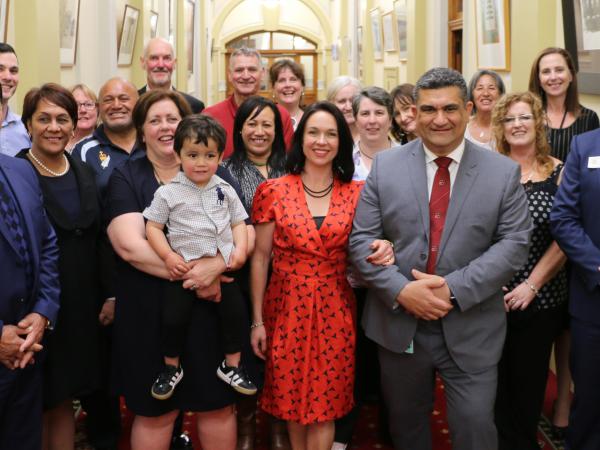 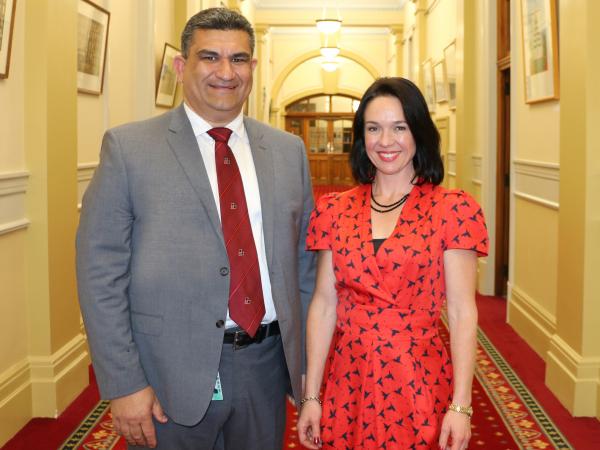 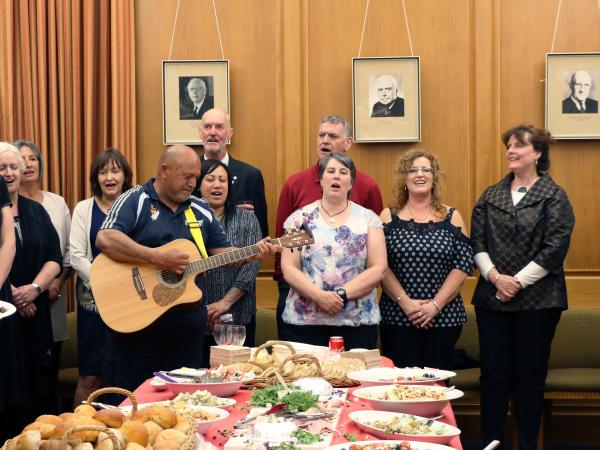 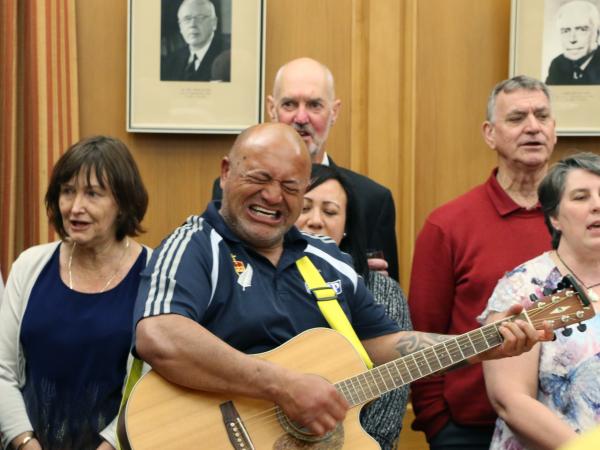 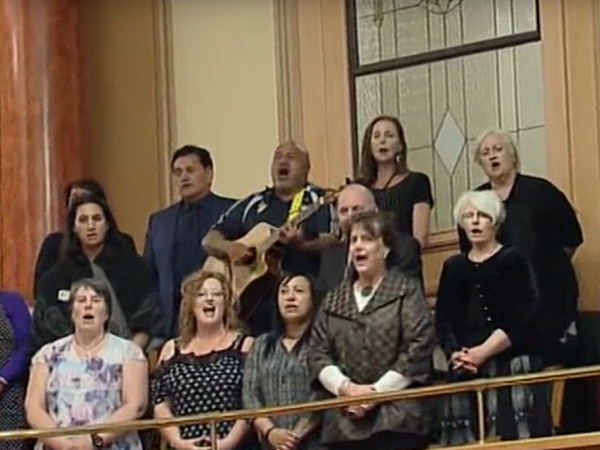 When two former Police employees gave their maiden speeches as MPs in Parliament this week, some of their ex-colleagues were on hand to lend their support.

Despite a small admonishment from Speaker Trevor Mallard about running over time, the waiata were well received on the floor of the House and in the galleries.

Ginny resigned as a policy manager last month after being elected on the list for Labour. Paul was marketing manager for Maori, Pacific and Ethnic Services (MPES) until 2011. He was Wellington’s Deputy Mayor at the time he was elected Labour MP for Rongotai.

Ginny – who had also worked within MPES - and Paul invited the group to perform the waiata tautoko.

In her speech, Ginny said Police was the place she had most enjoyed working. “It has been an honour working alongside people who share the single purpose of making New Zealand a safer place,” she said.

Paul, who framed his speech as a letter to his young adopted son, was overcome with emotion – as were many listeners - as he spoke of how poverty had forced his own mother to give him up for adoption as a baby.

After the speeches Ginny said the presence of the kapa haka group made the event feel almost like a pōwhiri as she moved from Police to Parliament.

“It’s the end of one phase and the beginning of another,” she said. “It’s lovely to have Police people here to bridge that gap.”

Paul said he felt really proud to have his former workmates present. He said he grew up with the values of caring and serving – “and those are the values of New Zealand Police.

“It’s an old cliché but in Police you actually do make a difference because things are very real in Police.”

Assistant Commissioner Wally Haumaha, DCE Maori, says MPs told him they were surprised and pleased to see a cultural performance of such diversity from Police.

“They commented that it was unbelievable to look up and see so many non-Māori as well as Māori singing waiata which absolutely rang out across Parliament and had everybody on their feet.

“Years of hard work to change the culture of Police, and our commitment to our values, were centre stage and there for all to see. As an organisation I think we can be immensely proud of the steps we’ve taken this far.

“As a leader in the organisation I’m very proud of the fact that these two people who were so dynamic in MPES will further their careers and be champions of the work they were privy to in New Zealand Police.”

Also elected to Parliament in September’s General Election were...

“Becoming immersed in a world [on undercover programme] where the values I took for granted were largely absent, where might was right, where the protection of the state was negligible, and where the lives of most people I met were rendered powerless by dependence on violence, drugs, alcohol, and welfare, had a profound effect.

Matt King (National, Northland), who resigned from Police as a detective in 2007

“During my 14-year Police career I got to experience the human race in all its glory. I dealt with the sad, the mad and the bad.

“I saw and experienced things that cannot be unseen and came out of it at the other end with a heightened level of compassion for people that has never left me.”

They join former dog handler Mark Mitchell, police officer from 1989 to 2002 and National MP for Rodney since 2011, in Parliament’s ex-Police contingent.