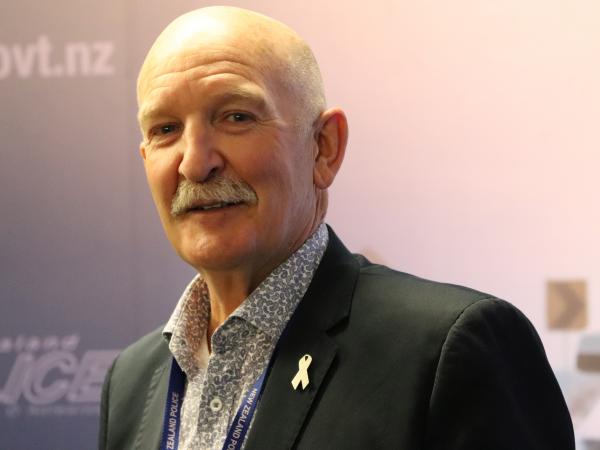 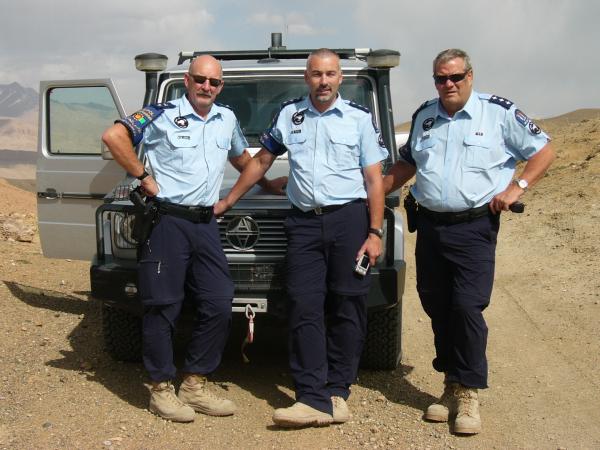 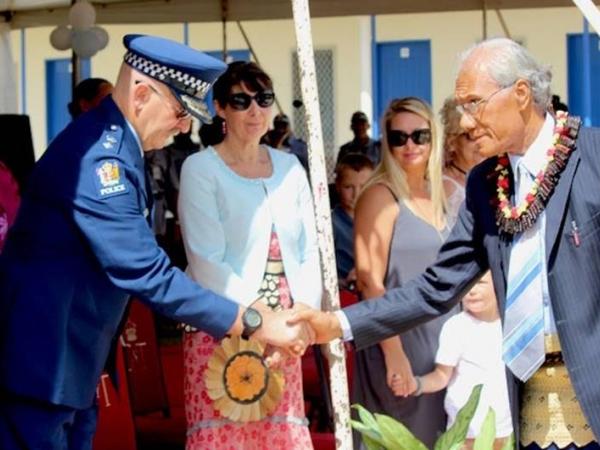 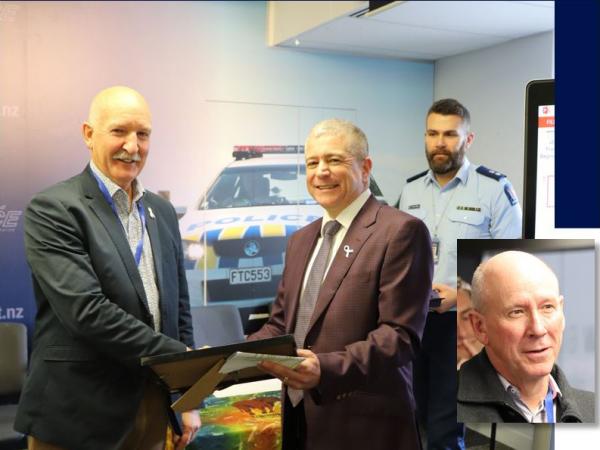 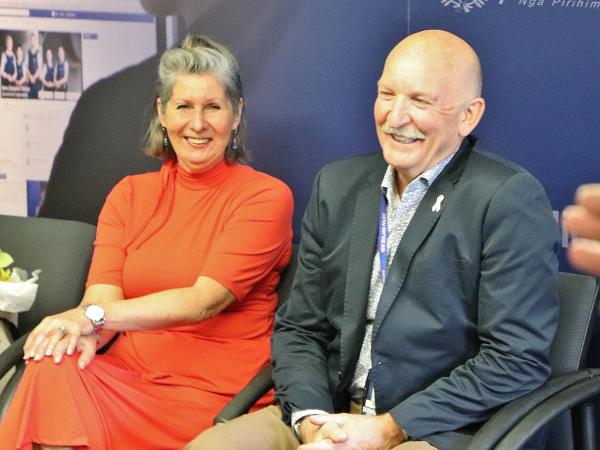 Police has farewelled an officer who pioneered new and lasting ways of reducing harm during a 42-year career which took him from the Wairarapa to the Pacific.

Ged joined Police in May 1978. He thought about policing as a career while at school in Masterton, but put that on hold until he completed his building apprenticeship, while helping build The Beehive.

From Recruit Wing 71 he chose to be posted back to Masterton. It had a wild reputation – what he calls the ‘mud, blood and beer’ of street crime - and for a time police officers’ homes were being targeted by a bombing campaign.

“This was a tough time for families in Police,” he says. “No one knew who was going to be targeted next and Police as an organisation struggled with exactly how to respond.

“One response was to put a protective film on our windows, but they only did the windows at the front. I remember having to secure the blinds in our boy’s bedroom to stop any potential Molotov from going on to their beds.”

He spent three years from 1993 at PNHQ in Human Resources Planning, but returned to Masterton as a sectional sergeant until the opportunity of a senior sergeant’s role in Whanganui arose.

There he became involved in policing the annual celebrations and ‘reoccupation’ marking the ‘occupation’ of Moutoa Gardens/Pakaitore - a regular flashpoint of staunch policing and Māori resentment.

In his third year, Ged was put in charge of the operation and decided on a different approach. Most assigned staff stayed in the station while a small community team mixed and mingled with the celebrants, running lolly scrambles with tamariki and treating it like any community gathering.

“It worked a treat with our team doing their role, as you would expect,” he says. “There were a few raised eyebrows but the support from Māori leaders ensured the weekend went well and set the tone for future years.”

Ged began to think deeply about family harm after a pregnant woman was murdered by her partner – after repeated offending, and despite the risk to her life being flagged up on one of the 1D reports. “This was something of an epiphany,” he says.

“How can we as Police believe this level of threat to a life, write it on a report - yet as an organisation and community we don’t follow up and keep that victim safe?”

Ged dug into the issue and developed the nascent Family Violence Inter Agency Response System – FVIARS – which is still in use today nationally.

He applied for and was appointed the first national Family Violence Coordinator - the start of five years’ hard work implementing FVIARS nationally and in partnership with CYFS and the National Collective of Women’s Refuges.

His next step, in 2010, was half a world away, with six months as Contingent Commander in Afghanistan. “The deployment was an amazing experience and I met some incredible people.”

Tragedy struck with the death of Lieutenant Tim O’Donnell, serving in Afghanistan with the New Zealand Provincial Reconstruction Team. Tim was the son of Ged’s ex-schoolmate and Masterton police colleague, Mark O’Donnell, and his wife Mary-Anne.

“Tim was a larger-than-life character, who was loved by his soldiers,” he says. “I recall him as a little boy at BBQs at Mark and Mary-Anne’s. He was one of those kids who was full of energy.”

After Afghanistan came four years as Contingent Commander in the Solomon Islands – this time accompanied by wife Judy.

Ged led the expansion of community policing. At the other end of the spectrum he oversaw an Australian tactical team’s capture of gunmen operating from a logging camp in Malaita Province.

He managed the drawdown of RAMSI Provincial resources, including closing 11 of 13 policing posts in the eight provinces under his responsibility.

There was a 7.6-magnitude earthquake, a Category 5 cyclone and flooding – and riots, including one where a mob smashed up his car around him, leaving those listening on the radio fearing he was dead.

From Honiara it was back to PNHQ and a year as Interpol Manager. Ged was briefly sent to Vanuatu to assess potential Police support after Cyclone Pam. He set up and ran the Police Liaison Officers desk and led planning for the return from Australia of New Zealand criminals.

“This was a lot of work by a great team involving some gnarly trans-Tasman effort, as well as ‘negotiating’ with the Ministry of Justice and Corrections. We got there though.”

Ged had not yet finished with the Pacific, taking a position with the Tonga Police Development Programme in 2016.

He oversaw capacity-building on land and at sea; he took the Accountability Authority and Responsibility (AAR) programme, initially trialed in the Solomon Islands to address culture among local police, and adapted it for Tonga.

“Some amazing stories came from it - it helped transform much of the old-school attitude to policing in Tonga,” he says. “The younger and often smarter members realised this was an opportunity for them to shine.”

Rounding off the Tonga experience, Ged and Judy survived another Category 5 cyclone – “not a pleasant experience”.

Ged returned to PNHQ in 2018 as Manager Tasking and Coordination. More recently he worked at the Evidence Based Policing Centre.

“Judy has been every step of the way with me,” says Ged. “We have been through a lot together and I don’t think I could have got through so well without her support.

“We’ve shared some amazing experiences and made wonderful friends around the world. I don’t think either of us have any regrets in that regard.

“We’ll miss that regular interaction with so many people but they know where to find us and we them.”

“You’ve been awesome as a friend and a colleague,” said Mark. “You’ve got such a positive attitude and you retire with our best wishes and the respect and support of everybody in this room.”