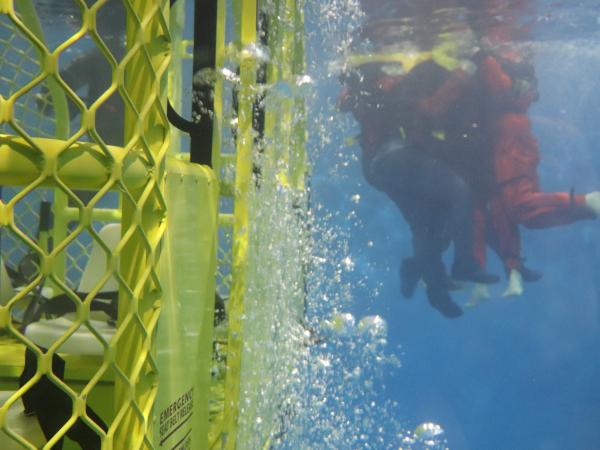 Hope for the best but prepare for the worst.

Not a bad principle to operate by when it comes to Search and Rescue training. And that was exactly the case for members of Otago Coastal’s SAR team, who recently seized the opportunity to undertake the Helicopter Underwater Escape Training (HUET) course.

The training involves an extensive section of theoretical work around helicopter safety in the event of a crash over a body of water. Then things get practical. 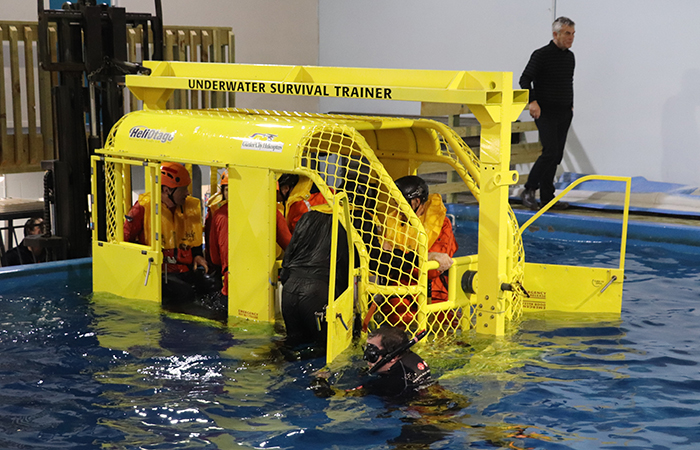 The Underwater Survivor Trainer simulator in action at the HUET course.

But how do you do that without flying a helicopter into water? Southern Police partners HeliOtago have designed and constructed the answer: the Underwater Survivor Trainer.

It’s a cage-like frame replicating helicopter exit points and handles, which can be lifted by forklift to be dunked underwater - and spun, to offer realism to the course. 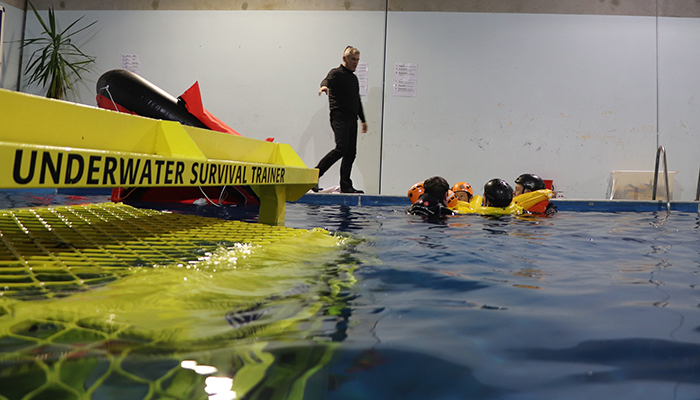 The training covers ditching simulations, roll-overs or inversions underwater, vision impairment simulations, and the use of emergency floatation equipment and sea survival tactics.

“Obviously being in Otago Coastal means we have a large body of water to cover with some of our work,” says Sergeant Blair Dalton.

“This course gives us the opportunity to do real-time training for the worst-case-scenario event of ditching in a helicopter into some water.

"It lets us get familiar with the machine, the exit points, and the processes to escape if that ever happens.” 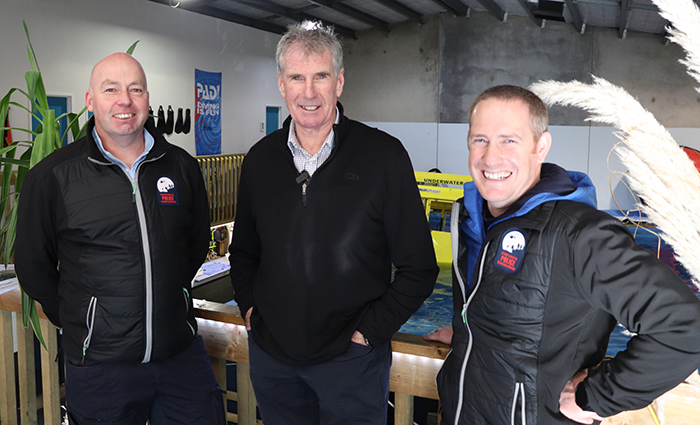 Along with members of the Otago Coastal Police SAR team, also on hand for their update of the training was Sir Richard 'Hannibal' Hayes. A legend in the realm of helicopters, Sir Richard is one of New Zealand’s most experienced and respected pilots and the Director of Southern Lakes Helicopters.

Sir Richard knows all too well how valuable the HUET course is, given that some of his own pilots found themselves in a nightmare scenario, forced to ditch their helicopter into the Southern Ocean just off the Auckland Islands.

“I think without the HUET course tucked under their belt, they would’ve been lucky to survive,” says Sir Richard.

“They said they can’t remember thinking about what they were doing, it just came back on instinct from their training. This is where it all kicks in.”