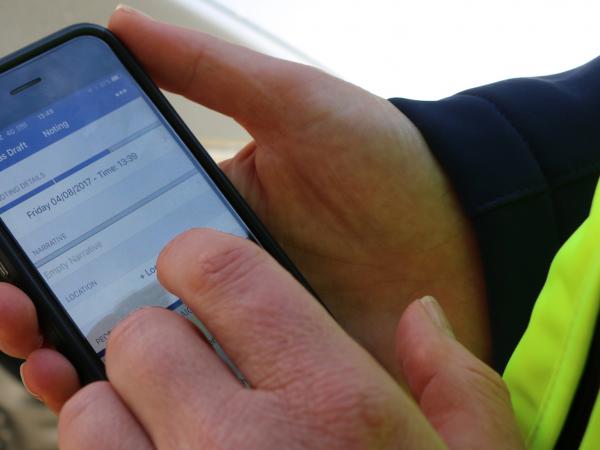 Early on 19 June, Constable Regan Gray, of Queenstown, stopped a white Mercedes. He took details and completed an OnDuty noting.

During the day colleagues used his noting and their local knowledge to link the vehicle and occupants to a recent increase in dishonesty offending. District intel fed the information to the Otago Lakes live deployment document.

When youths burgled two Arrowtown properties that evening and were seen getting into a white Mercedes, Queenstown staff identified them.

After further break-ins in Arrowtown overnight, an off-duty officer spotted a white Mercedes heading south on SH6. It was stopped in Lumsden and the occupants were arrested and charged with five burglaries and other offending.

It’s doubtful the offenders appreciated it, but they had played an unwitting part in a quiet revolution which had transformed policing in the previous year.

“We’ve had frontline input to everything we design for Mobility,” says DCE Mark Evans, Executive sponsor for Mobility. “It’s great to see the success this is having.”

It ends repeated input of the same information and has greatly reduced mistakes. TCRs reach NZTA on average 15 days sooner than before. More than 31,500 have been received since 29 June 2016.

Since May, it has allowed recording of intel notings that are instantly accessible to other staff.

Constable Laurence Vautier, of Wellington Road Policing, says OnDuty is a one-stop shop at the roadside.

“You can engage with the driver, speak to them about why you stopped them,” he told a function marking OnDuty’s first anniversary. “Having a phone in your hand is not a barrier like getting a notebook out. You don’t lose that engagement.

“Traffic stops used to be two to three minutes talking to the driver and ten minutes of paperwork. It’s the other way round now.”

And notings? Awesome, he says. “We can record really good information – who’s hanging out with who, what car they’re driving, all in a shortened timeframe without replicating information.”

The celebration in the Agile Centre at the Royal New Zealand Police College was attended by past and present Agile/OnDuty team members, alongside Deputy Commissioner Audrey Sonerson and Assistant Commissioners Jevon McSkimming and Sandra Venables.

Speakers from Road Policing, Mobility and ICTSC outlined how OnDuty had changed policing.

Inspector Gini Welch, of Road Policing Support, said the stop-start paper ticketing process “created problems for Comms, for PIB and for trust and confidence in Police. We no longer have that – that’s huge.”

Inspector Marty Tunley, Manager Mobility, spoke of the response to OnDuty of recruits he worked with – “you could see how fast they could do everything” – and a veteran officer: “He said ‘I wish I’d had these ten, 20, 30, 40 years ago’.”

Jevon, Chief Information Officer, promised further developments. “We’ve got a whole lot more to do,” he said. “There’s much more opportunity to streamline the organisation, not for the benefit of the organisation but for the communities we serve.”

Previous
Passion and pride for our new constables
Next
To Cambodia, with love