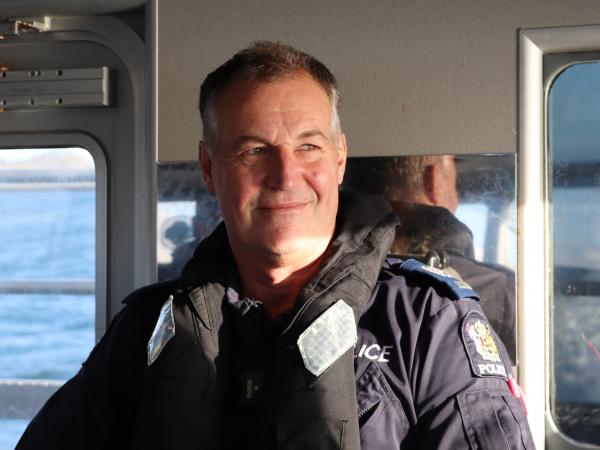 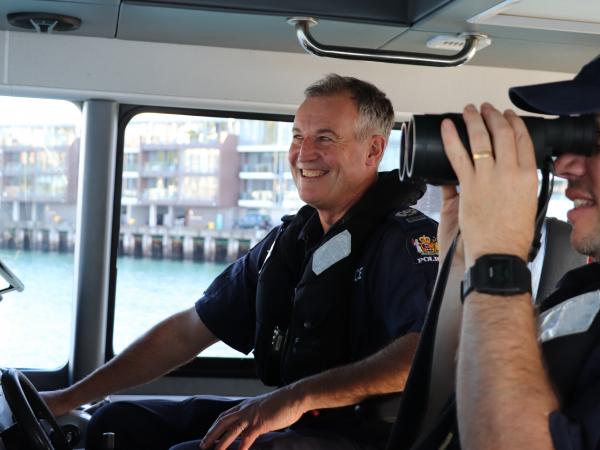 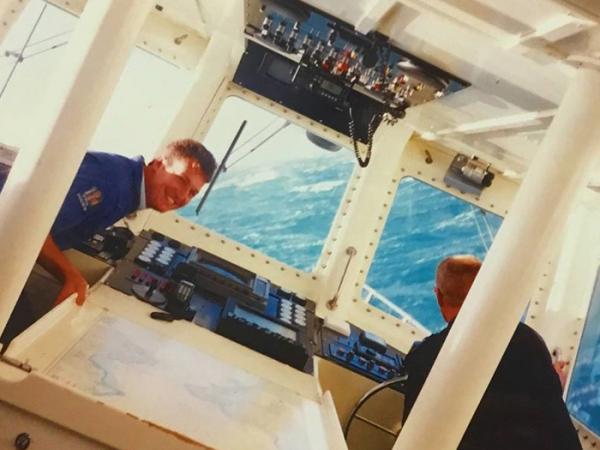 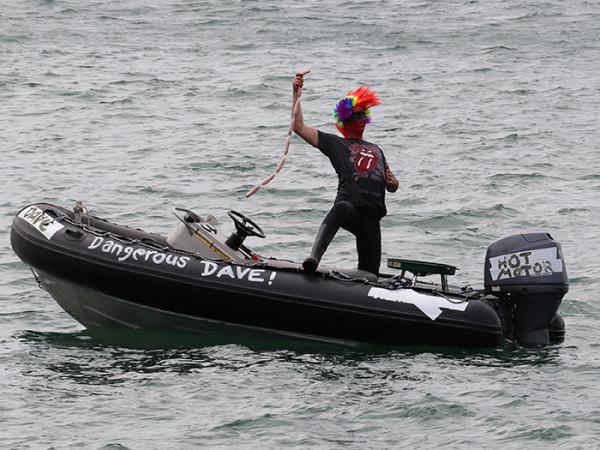 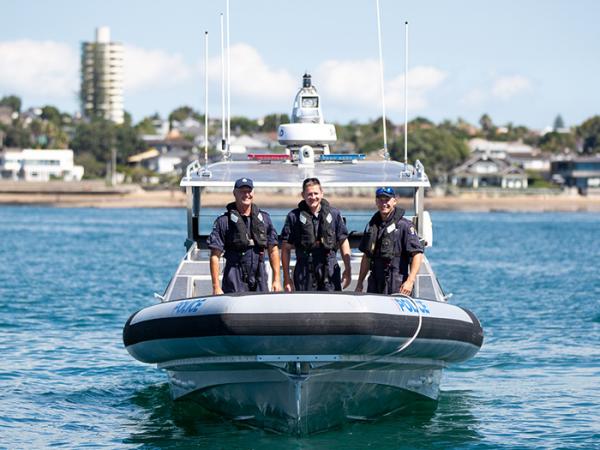 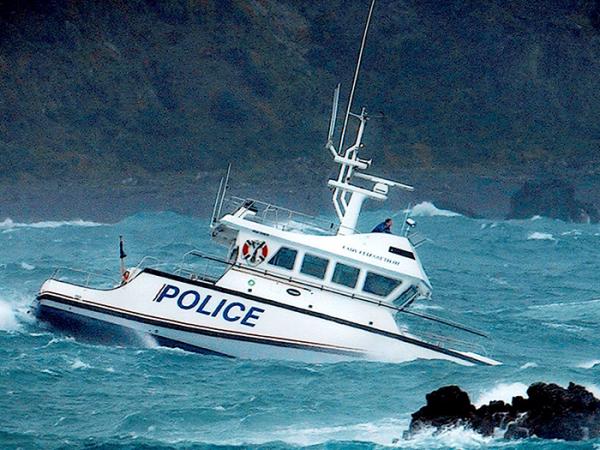 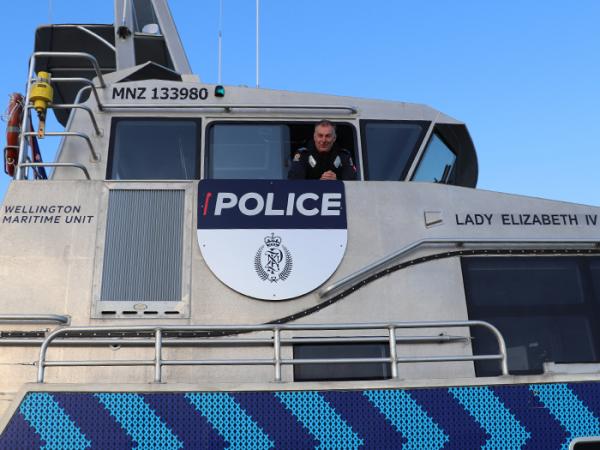 “I have a very deep resp​ect for the sea because of working in the Maritime Unit. I have always loved the water from a young age," says recently retired Senior Sergeant David ‘Tex’ Houston.

"When I was younger Fish and Crash were a couple of my nicknames. Fish because I was a top swimmer for Wellington and Crash because when windsurfing, I was always smashing my windsurfing gear. Nowadays everyone calls me Tex as in Houston, Texas.”

Senior Sergeant David (Tex) Houston spent 24 years of his 30-year Police career in the Wellington Police Maritime Unit. The past 18 years as its skipper.

Tex took the Lady Elizabeth IV launch out for one last ride before his retirement. It was a stunning day in Wellington. There were no clouds in sight, and the wild Wellington wind was surprisingly absent. Tex laughs at the irony of a calm Wellington Harbour, especially considering the countless close calls he’s had in the huge swells and the storms. 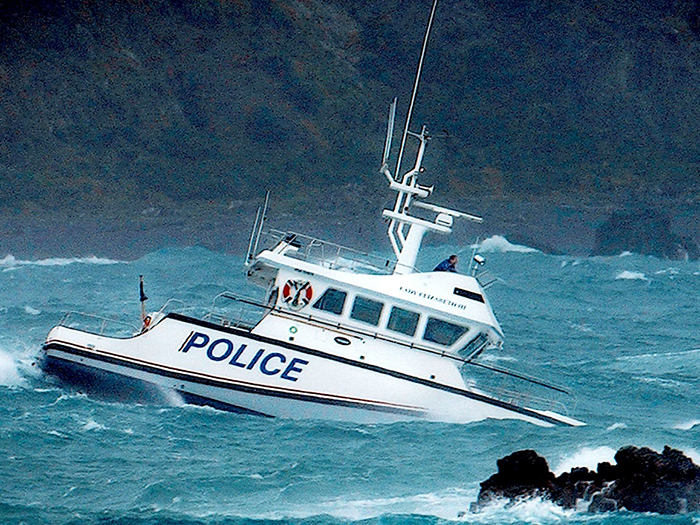 “My first encounter of rough seas was the ‘green room’. This is when waves pass over the boat and the windows are underwater. It was terrifying. I much prefer the ‘white room’ where all the windows are covered in sea spray. Lady Elizabeth navigating in huge swells in Wellington's southern coast with a barely visible Tex Houston at the helm.

“I have had a wonderful time policing one of the world’s roughest and unpredictable stretches of water.”

Tex has seen and done at lot more than he ever thought he would during his career. On a page-long list of the things he is most proud of, the naming of Lady Elizabeth Lane, a new road that was created along the waterfront tops the chart.

“It was important to me to find a way to honour the past and current members who have risked their lives and to also acknowledge the three lives that have been tragically taken by the sea (only one was recovered). It was also a way to acknowledge the century-long history the Maritime Unit has with the Wellington community.

"The community absolutely adore the launch and love seeing Lady Liz out on the water. It’s humbling to have such support for our vessel and the crew.”

Also featuring on his list of career highlights are adrenaline-pumping stories about rescue missions, nabbing a poacher with 500kg of pāua, being part of Tuia 250, entertaining kids as the notorious Dangerous Dave at the local Emergency Services Expo and most recently, supporting the America’s Cup.

Back in 1991, Tex was a surf lifesaver at Worser Bay along with a few friends who were cops at the time. It didn’t take too much convincing to persuade Tex to join Police.

“To be honest, I never thought about helping people. I just wanted something a bit more exciting than a desk job. I was in my early 20s and it was all about driving fast cars, plus it seemed an exciting job and the pay was way more money than I’d ever seen as a cartographer.”

Graduating from Police College as part of Wing 122, his first frontline post was in Porirua - a colourful community he still remembers fondly.

“Police sets you up well with life skills. I was very quiet before I joined Police. I never did public speaking, not even speeches at school. The first few times I had to give evidence in court, I was so nervous that I vomited.

“You see it all in the job and I’ve learned how to empathise with people from all walks of life when they are most vulnerable. A change of perspective comes with maturity and I learned quickly that it’s people that matter the most.”

Tex was first introduced to the Maritime Unit when the launch came to save him, not once but twice in the early days. With water sports a big passion of his life, it seemed like a natural fit to join the Maritime Unit.

It took a couple of attempts for him to make the team in 1997 and he hasn’t looked back since. His cartography skills turned out to be a very useful with navigating the seas.Image shows Tex and Maritime unit colleague in the launch control centre, early in his career, sailing on a clear blue day. 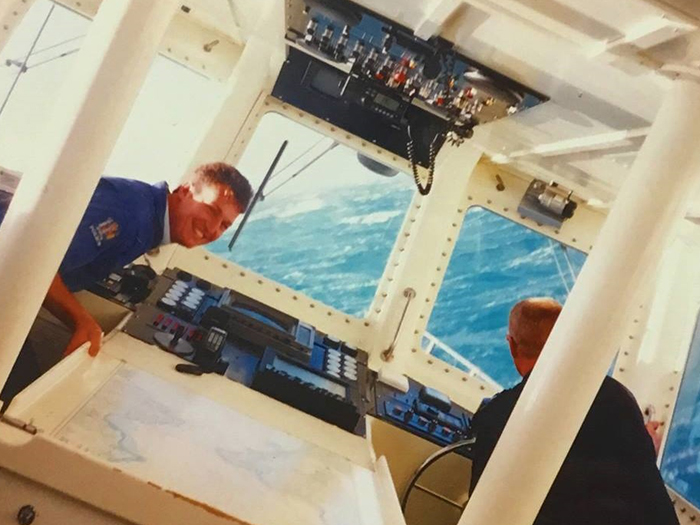 As the Officer in Charge of the Maritime Unit, Tex has worked closely with the Police National Dive Squad and Wellington Search and Rescue (SAR) members on several missions to reunite loved ones with their families.

"The bond between police launch crew and the people you are saving is so special, and you appreciate how precious life is.”

In one rescue mission, three men had gone fishing off the southern coast at Owhiro Bay without telling their family where they were going. A member of the public called Police after seeing their vehicle and no boat late at night.

“We had no idea where they were or where the current could have taken them. We searched until the early hours of the morning and were about to call it off when one of the men swam to shore and said their boat had sunk and the other two needed rescuing.

"We found them 16 hours later and one was in a critical condition. They all lived and that was a good day in the office.”

Not all jobs have had a happy ending. There have been some real tragedies along the way.

The recent case of Koyren Campbell, a kayaker who went missing off Wellington’s south coast earlier this year, and has not been found, still troubles Tex.

“I wanted to find him to give the family some closure. There was another similar case 10 years before. We couldn’t find the bodies for the family so they could have closure for their loved ones. I keep thinking, whether we could have done something differently. If it was my kids out there, I know I would do everything I can.”

Looking back, Tex got the exciting career that he was looking for and then some.

“Police has been my life. It’s a great organisation to work for and I will miss my sea family. The hardest thing about leaving was saying goodbye to the awesome people I’ve worked with over the years. I have been privileged to work in an environment that challenges me every day and with no two days the same.

“Before my old body gives out, I am looking forward to spending my retirement on the water, surfing, yachting, diving, windsurfing and on the land playing the guitar in a rock band, motor cross and spending time with the family (four kids) on our farm.”