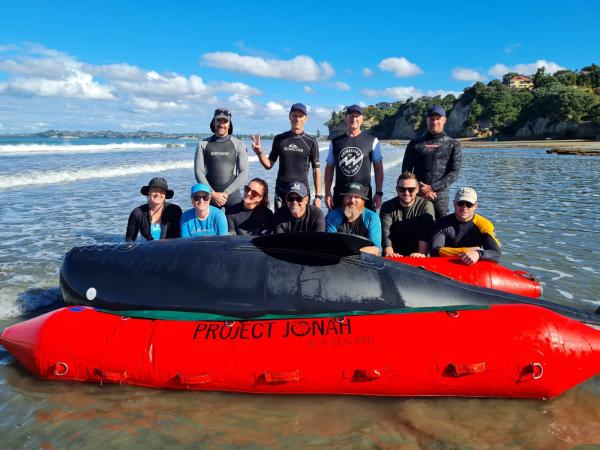 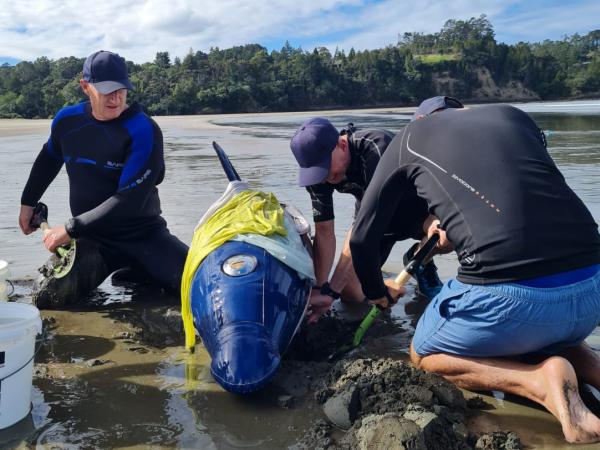 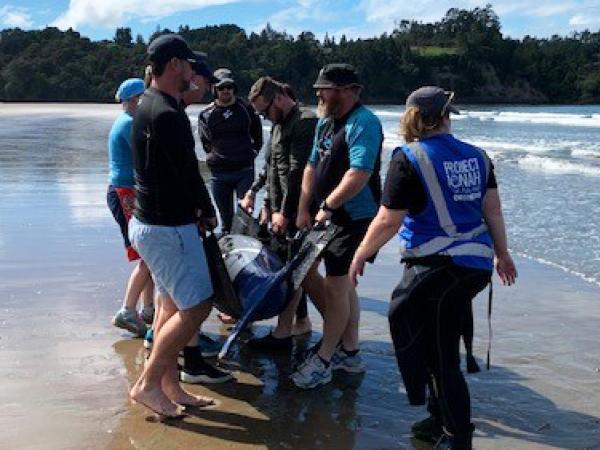 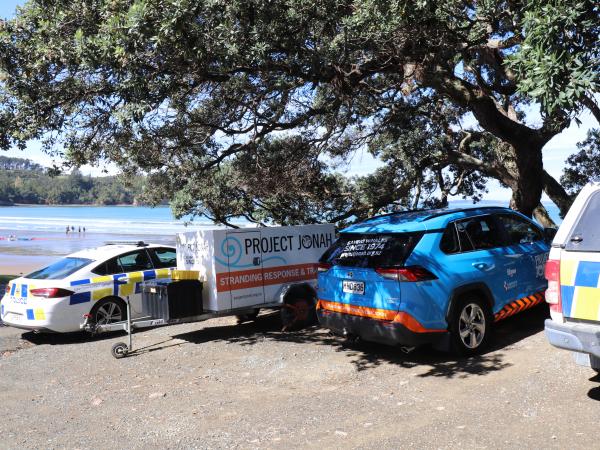 Home > News > Ten One Magazine > A whale of a task

Everyday heroes, who now even know how to help save distressed whales and dolphins.

A crew of rural North Auckland staff have been trained in what to do in the event of a stranding.

The officers, based at stations across the Waitematā North Area - including Wellsford, Helensville, Warkworth, Orewa and Kumeū - spent the day with the team at Project Jonah, a marine mammal welfare and rescue charity.

The charity's experts took them through a Marine Mammal Medic workshop at Orewa Police Station and Hatfields Beach - complete with a life-size inflatable whale and dolphin.

Our staff across the country, particularly in rural coastal areas, are often among the first to know about strandings, so it makes sense they are able to help.

The aim was to give Police staff, who could be among the first on the scene or be called to help with crowd control, the tools to preserve life until specialist help arrives. They learned tips on first aid and survival techniques for all marine mammals.

“It’s really important that those who respond have the knowledge to be able to help," says Louise Hawkes, of Project Jonah.

"It’s fantastic to have police skilled up so that not only can they can look after the people on the beach, but they have the skills to be able to facilitate looking after the whales as well.

“Obviously working in the community (Police) hear really quickly that there has been a stranding at a beach and they can often get there a lot quicker than our volunteers or we can and it’s happened on a number of occasions now.

"We get strandings all over the region – in the past few years we have had Orca strandings at Te Arai Point in Mangawhai, we’ve had dolphins strand at Mangawhai heads, we often get seals and whales wash up in Muriwai.

"Most beaches have had at some point a stranding and will have them again in the future so it's fantastic to have representatives here from so many different areas within the district and we hope they will be taking that knowledge back to their teams."

"Some local roofers sent the owner of a house they were working on down to offer their help as they thought it was a real stranding.

"We spoke to numerous members of the public, all curious about what was going on and stoked to see Police involved in such an initiative.”

New Zealand has one of the highest stranding rates in the world – around 300 each year. DOC has the legal authority in a stranding but they welcome the help of other agencies.