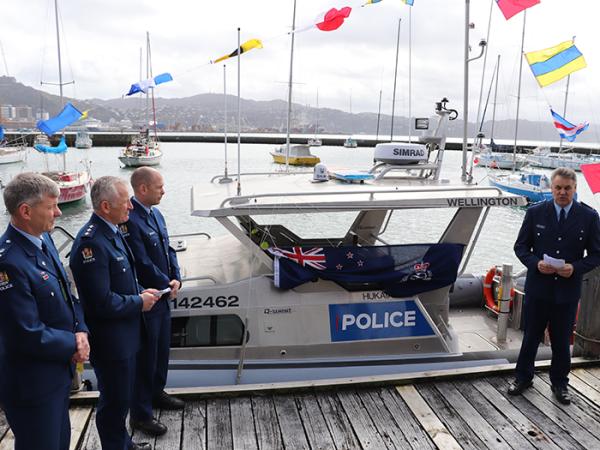 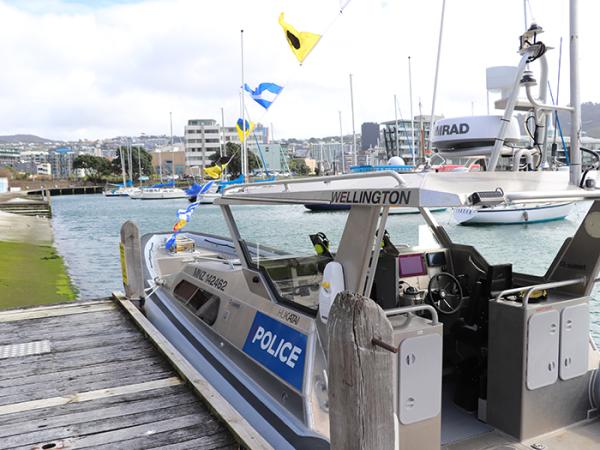 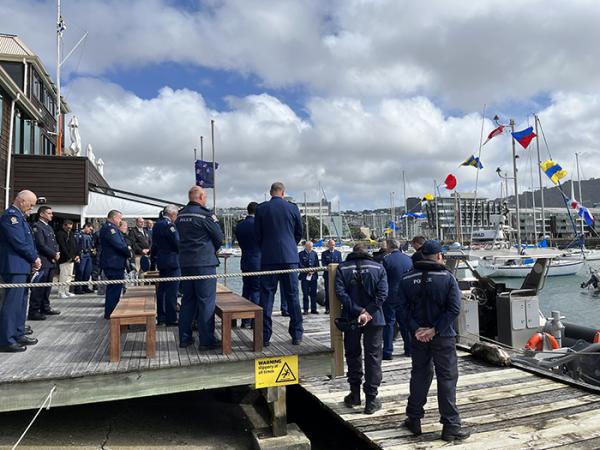 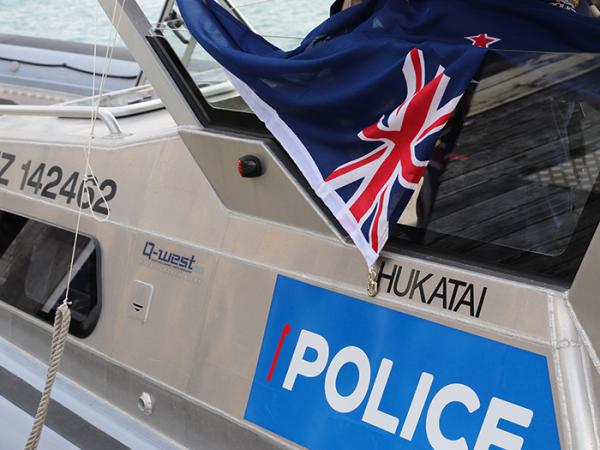 ​The newest iteration of the rigid-hulled inflatable boat (rhib) to arrive in Wellington District was named and blessed on Wednesday.

The blessing took place at the Port Nicholson Club on Oriental Parade.

Hukatai is a canoe heading into the sunrise. The seafoam at the bow of the waka is created as it moves through the waters. It represents life’s experiences, learning and culture which compels us forward to new horizons.

Complementing this are the sun’s rays which symbolises new learning and the knowledge of others. By integrating life’s experiences with new knowledge, the rainbow effect (Rehutai) - innovation and development is formed. 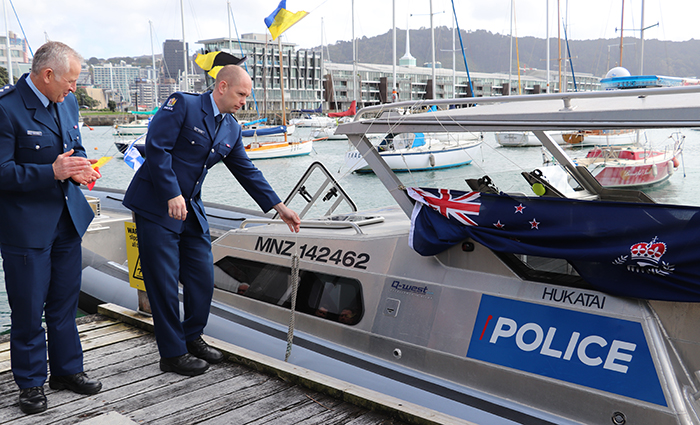 Ops Manager Inspector Nick Thom pulls back the New Zealand flag to reveal the name Hukatai on the side of the new rhib.

Deacon Danny Karatea-Goddard (representing Te Ati Awa Iwi) spoke a karakia over the waka and a blessing that those who work on the waka would be kept safe.

Hukatai is a name our Maritime Unit will embrace and carry proudly.

“It encourages Police to follow the principles of kaitiakitanga (guardianship and protection) of the maritime environment that is modelled by tangata whenua," said Corrie.

“It is a picture of the Police whakataukï - E tū ki te kei o te waka, kia pakia koe e ngā ngaru o te wā – stand at the stern of the canoe and feel the spray of the future biting at your face.”

​New Zealand Police has equipped and trained mariners to; save lives and prevent harm on the water; minimise social and economic harm and keep communities safe; and stop the supply of illicit goods and criminal activity on the water.

This is not a task for one agency alone. Police works alongside several partner agencies and organisations to maintain the safety of the marine environment.

Ensuring we have fit for purpose maritime assets capable of delivering the services New Zealanders expect and deserve is key to achieving these goals.

Hukatai is one of three rhibs currently used for marine patrol by New Zealand Police, the other two are based with the Auckland Maritime Unit.

The first rhibs were acquired by Police in the early 2000s to support Americas Cup regattas. Three new rhibs (including Hukatai, then called Police 1) were commissioned and deployed to the 2021 Americas Cup.

The rhib’s versatility makes it an ideal interceptor vessel for inshore patrol and tactical maritime response work. This capability serves the broader purpose of ensuring a safe marine environment.