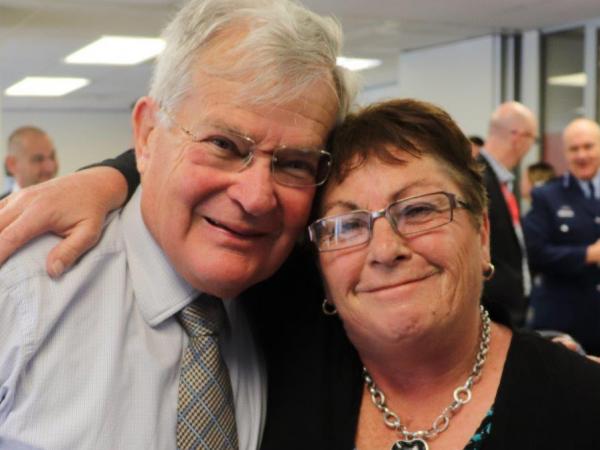 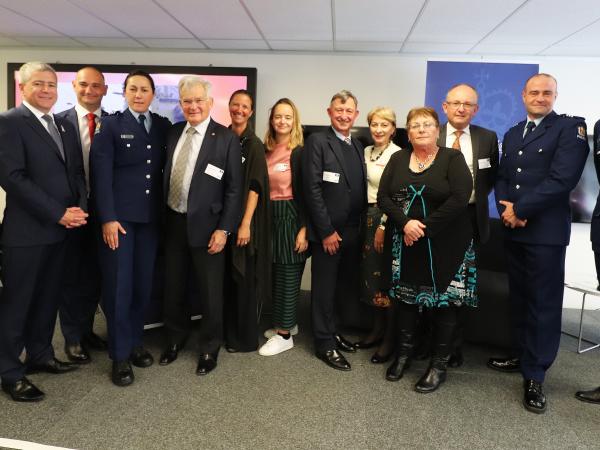 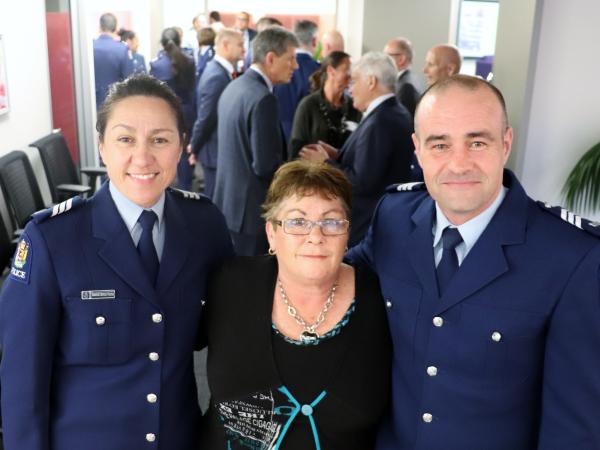 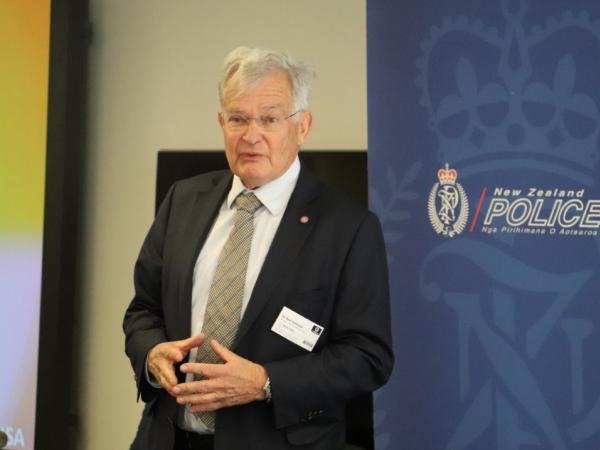 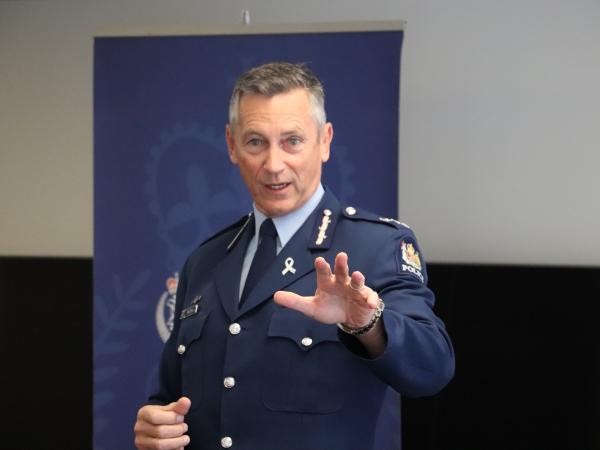 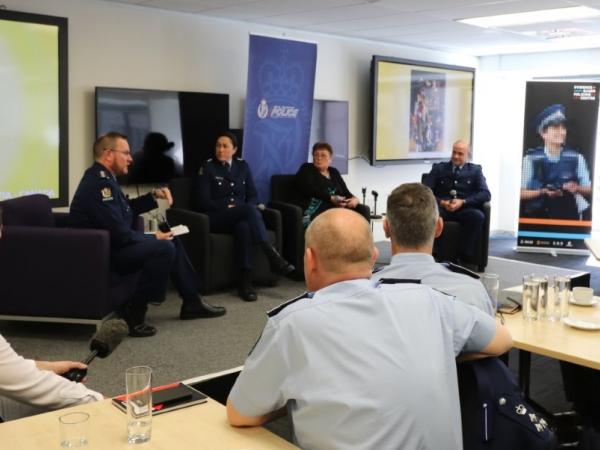 The Woolf Fisher Police Fellowship is here to stay.

“This is going to become a multi-generational programme that will be with the police for many years to come,” Sir Noel said.

This year 15 staff members were given fellowships, which combine work and study time with relaxation time, with family members able to travel with the Fellows. The 15 Fellows for 2019 have been selected and will be announced later this month.

This was the first year a Woolf Fisher Fellowship has been extended beyond its original recipients in the education sector.

“We want to see this continue on the same basis as the teachers’ fellowship,” said Sir Noel.

“That started in 1961 with two teachers; now we’ve sent over 1200 teachers overseas. Our aim is for this to be the same sort of thing for police.

“What has really impressed us as a family is the huge enthusiasm and the support and pride of the police in what they achieve.”

Also present at the event at the Vodafone building in Wellington – site of the Evidence-Based Policing Centre (EBPC) - were Minister of Police Stuart Nash, Commissioner Mike Bush and other members of the Police Executive and staff. Representatives of Police’s partners in the EBPC – the University of Waikato, ESR and Vodafone - also attended.

Commissioner Bush said the EBPC meant that when people came back from overseas with good practice “we have somewhere for them to bring that good practice to.

“Evidence-based policing has to be enduring,” he said. “We want law enforcement to be where medicine is. We want to have a real evidence base of what keeps people well and safe.

“We’ve policed by tradition, by instinct, by ‘that seems to work’ stuff. What we’re developing here is a true, enduring scientific evidence base of what works.”

Thanking the Woolf Fisher family for providing the fellowships, Minister Nash said they were an opportunity for “the unsung heroes within Police to be rewarded for the amazing services they provide for our communities, day in day out.”

The thanks were echoed by the three Woolf Fisher Fellows when asked what advice they would give the 2019 cohort.

“It’s well deserved and probably long overdue for some people,” said Scott. “It’s something amazing and very, very special and you will remember it for the rest of your life.

“It will enhance your life because it has definitely enhanced mine.”

Gabe said, given the generosity of the fellowship, she was waiting for the catch – “but there wasn’t one”.