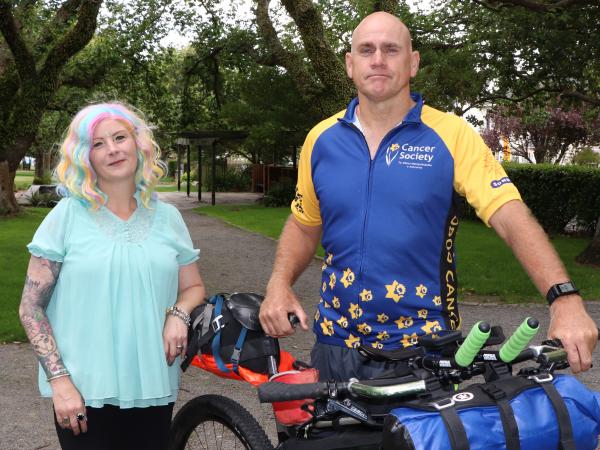 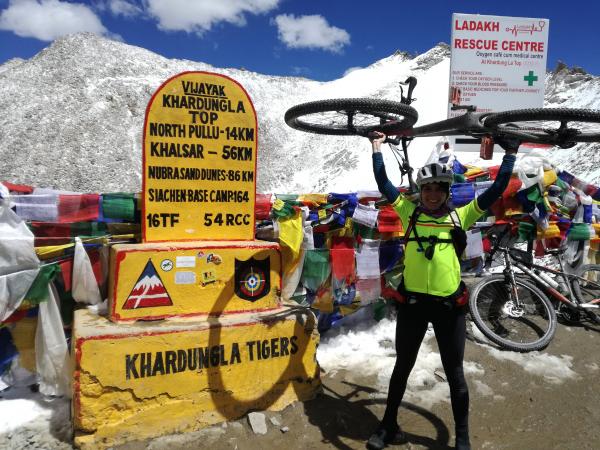 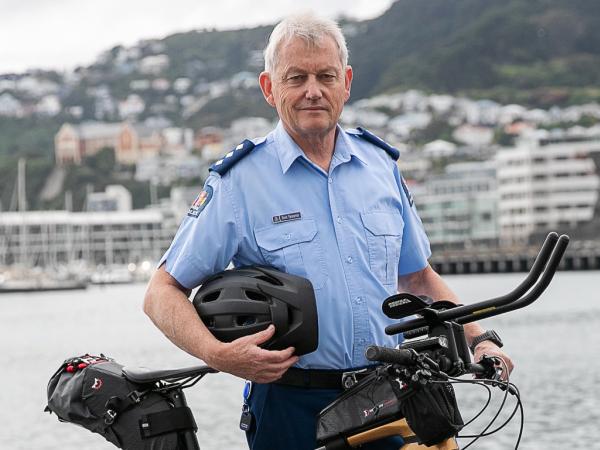 A self-described 'jolly joy germ', Central Communications Centre communicator Rachel Wards is full of the excitement of synthetic wigs rather than the initial horror of a breast cancer diagnosis.

“My favourite is a pastel rainbow one,” she says. "Children love it – they think I am a unicorn.”

Rachel, 47, and with no family history of breast cancer, has been living with breast cancer since she found a suspicious lump after watching a YouTube self-examination video then applied what she’d learned. Not her best Saturday night, she notes.

Since then, with her self-diagnosis confirmed, she’s had everything that modern medicine offers – surgery, chemotherapy, radiotherapy. She’d never been in hospital before, but once you’re in “you feel really, really supported by some of the most empathetic people you could meet. I can’t fault it.”

And while she believes cancer is still the scariest word in the English language for most people, it’s really not that bad. She’s lost her hair, and her eyebrows, but the wonderful world of wigs is a great consolation prize.

“I’m telling the story because this affects so many women. It’s scary and sad but doesn’t have to be when you are going through it.”

It’s that sort of attitude which is not only inspiring other women she knows to be checked, but has also prompted her Central Comms Centre colleague Inspector Marty Parker to raise awareness – and cash – for cancer.

He takes on the Tour Aotearoa Challenge later this month, with just over 3000 kilometres in his sights and over $2,500 already donated for the Cancer Society through the fundraising page he set up with hopes of raising $1 for each kilometre.

"Cancer is not gender specific", Marty notes, “and this is as much about men being aware and getting checked as it is for women.”

That reflects personal experience - male friends and family have been affected. His late brother's red toolkit has been firmly strapped to his bike for the trek.

Covering the country from Cape Reinga to Bluff, the Tour Aotearoa Challenge is a self-supported bike-packing event which sees participants on mountain bikes loaded with all the gear they need.

The event was started by a couple of Wellington-based mountain bike enthusiasts. This year’s challenge, the third, has attracted around 1,100 entrants who are required to take no fewer than 10 and no more than 30 days to finish. They take off in in groups of up to 150 per day, coinciding their start with high tide on Ninety Mile Beach.

Riders are GPS tracked – see below for details of how to follow progress - and must pass through 30 photo control points en route.

Marty gave himself a taster by cycling the round-Lake Taupo challenge late last year - good practice, he says - which revealed he might need to shout himself a different seat. Since then he aims for a good 100km or so ride each weekend.

“But this story isn’t about me,” he’s quick to say. “It’s about my colleague Rachel, being treated for breast cancer and still one of the most positive and happy people I know. She’s the main character.”

Rachel thinks it’s wonderful that he thought of her.

“When he brought it up I told him to go for it if it was going to raise awareness," she says.

"It was a conversation with someone that led me to self-check – so if I can do that for someone else, it would be great.”

So would she join Marty on his mission? “Hell no,” she says.

But while Rachel is a definite non-starter, Central Comms colleague Natalie Theodoridis is up for the challenge. She’s also a first-time entrant, although she did complete a 500km ride through the Indian Himalayas last year.

Natalie is raising funds for Yoga Education in Prisons Trust, and is looking forward to the unusual back-country exploration and experience.

Inspector Dave Thornton, who is based at Wellington Central, takes off on 20 February, a day before Marty - in either green or orange fluoro.

He’s riding partly to prove he can – he had one of those decade birthdays recently – but more importantly to raise funds for partner agency Wellington Help, which works with sexual assault victims.

His interest was piqued initially when, holidaying up North, he saw the 2018 entrants taking off along Ninety Mile Beach and thought he’d like to take part.

Since then he’s knocked off an eight-day crossing of the Pyrenees between France and Spain “and I know what it’s like to go up and down,” he jokes.

“It will be an amazing adventure – and this is a great local cause for me to support.”