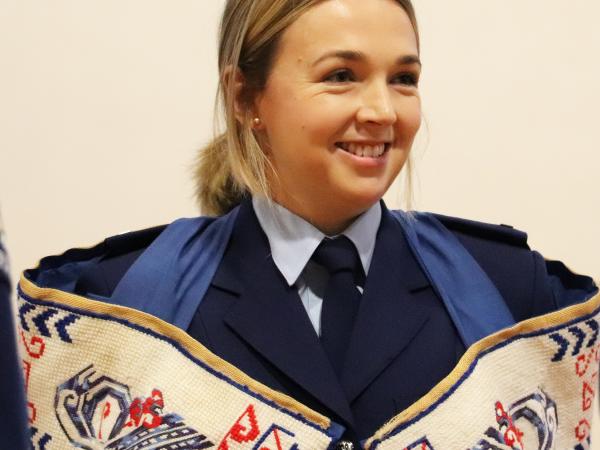 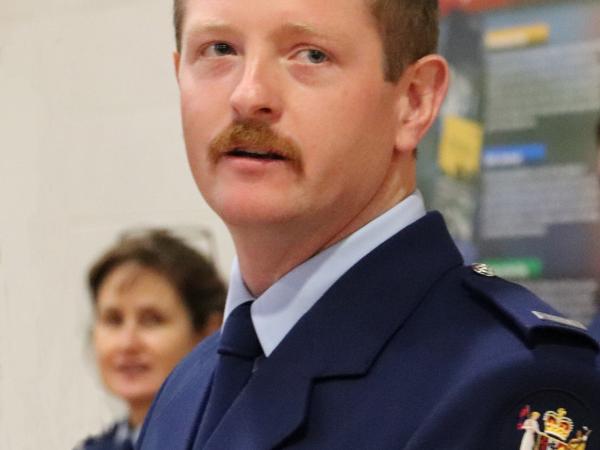 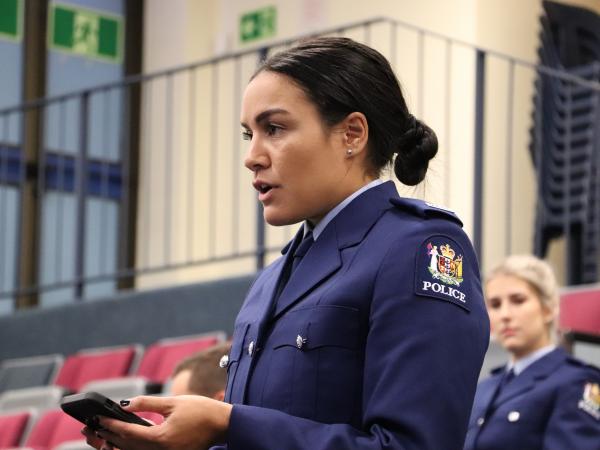 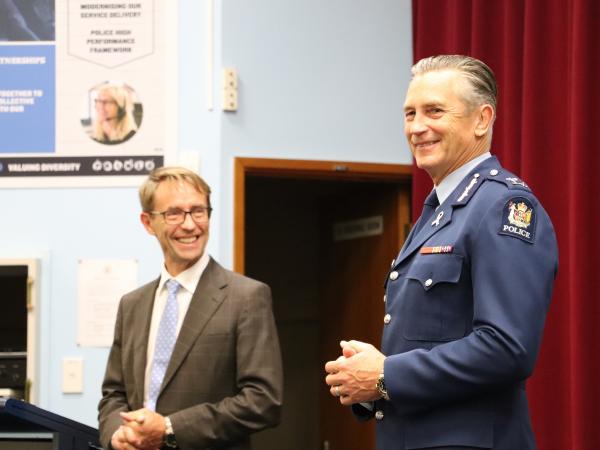 Home > News > 10,000 cops who care – Police graduation sees more cops than ever on the job

This week has seen 59 new constables graduate from their police training at the Royal New Zealand Police College, pushing the number of constabulary staff to the 10,000 mark for the first time ever.

This represents a growth of constabulary staff of just over 13 percent since 30 June 2017, when the current drive to get more police officers on the frontline began.

The new constables have joined because they care about New Zealand and want to help all New Zealanders be safe and feel safe.

Constables Georgia Biss, Tayla Davey and Katharina Stapper have previously provided care to elderly people and they are keen to get to their districts to take their caring to a new level, especially helping the vulnerable in their communities.

Georgia is posted to Eastern District, and both Tayla and Katharina are going to Auckland District.

Constable Katie Hay has earned the Minister’s Award as the top student in the wing. Policing is not new to Katie as she has been a police employee for the past few years working at the Orewa Police public counter and then in the Waitematā North Family Harm Team. Her links to policing go deeper – her father was a police officer in the UK for 30 years and is now a New Zealand Police employee.

Katie is posted to Waitematā District.

Constable Harry Young has received the Leadership Award. Harry has brought outstanding leadership skills to his police training, which have been developed through his time in the New Zealand Army and working in the security and fitness industries.
Harry says he has a strong conviction to serve and is looking forward to serving the people of Counties Manukau District.

The patron of the wing is Dr Ashley Bloomfield, Director-General of Health. After the graduates were attested (sworn in) on Monday 23 March, Dr Bloomfield and Commissioner Mike Bush spoke to them in groups of 10, in a large room where social distancing of at least two metres was maintained.

Commissioner Mike Bush said to them, “These are unprecedented times. I know that you will do us proud and what a time to be starting in this career. Your families will be proud of you and we are sorry that they could not share this wonderful day with you.”

Family and friends of the graduates and media were not invited. This was a departure from the usual graduation ceremony due to measures in place to help stop the spread of COVID-19.

Dr Bloomfield talked about the special role the new constables are taking on in their communities.