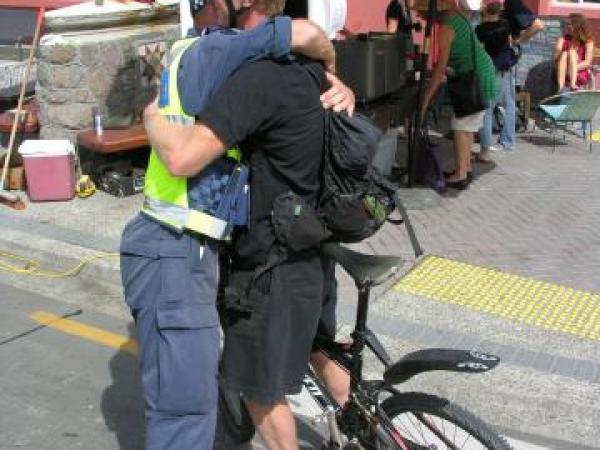 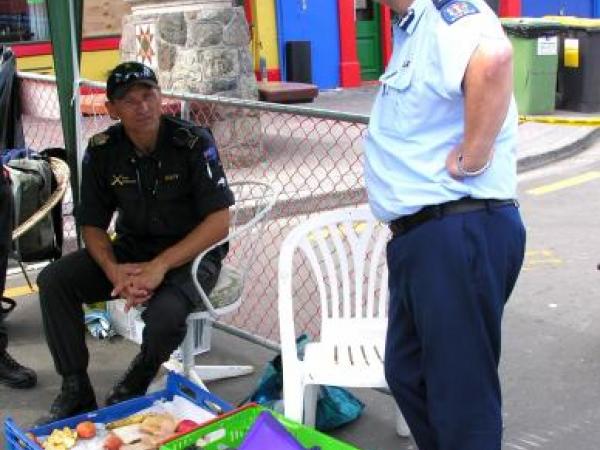 There was an emotional reunion on the streets of Lyttelton yesterday as an Australian policeman came across a friend affected by the earthquake he hadn't seen for 17 years.

One of about 80 New Zealand and Australian officers patrolling suburbs in and around Christchurch Mr Boers was joined by his friend, Andrew Abakhan, at a checkpoint on Lyttelton's London St.

"I hadn't seen him since we worked together in Canada 17-years ago, Andrew works in Lyttelton and lives in Sumner and despite his own home being damaged he had been busy helping friends deal with damage to their properties.

"That's the Andrew I remember, hearing about his experience really brings home the whole situation to a personal level and makes it all the more worthwhile being here and helping the people of Canterbury.

Also visiting the area was Police Commissioner Howard Broad who spoke to the emergency services personnel on their roles and to residents on how the rebuilding was going.

Resident Helen McRae said the Commissioner's visit and presence of the Australian and New Zealand Police and sailors from the three ships tied alongside the port reassured residents that their town was not being forgotten in the bigger picture.

"As a parent seeing all the police around gives me peace of mind and the fact that so many are from Australia shows just what great mates they are."