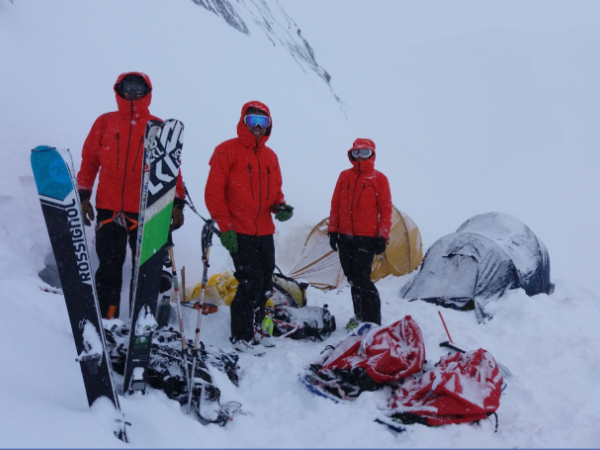 The award was given for a rescue that took place over several days on Mount Aspiring.

At around 8am on 31 July 2018, a climber was reported overdue in returning from a trip up Mount Aspiring.

At about midday the same day, the climber activated a personal locator beacon, alerting the Rescue Coordination Centre to his approximate location. However, sub-zero temperatures and avalanche risk prevented the Wanaka Alpine Cliff Rescue (ACR) team from flying into the area to find him.

A large-scale search and rescue operation had begun, coordinated by Wanaka Police’s Detective Al Lee. Over the next three days, numerous helicopter rescues were attempted by Aspiring Helicopters, Southern Lakes Helicopters, and the Wanaka and Aoraki/Mount Cook ACR teams. However the weather prevented them from locating the missing man.

“It was snowing heavily. The climber had built himself a snow cave on the glacier and had intended to stay for one night before making his way to the nearest hut, but the conditions were extreme and he rightly decided to stay put.”

Two rescue helicopters dropped off four members of the ACR team who provided him with warm clothing, food and drink, and stayed with him overnight in the hope a rescue might be possible the following day.

“By the time he was located, he was suffering from hypothermia, dehydration, fatigue and the early stages of frostbite. He was airlifted to Dunedin Hospital and well enough to be discharged five days later.”

On 3 August, the opportunity finally came and the group was uplifted form the mountain.

The NZ Search and Rescue Awards said the rescue mission was made possible by the skills, dedication and effective collaboration of all the search and rescue agencies involved, with the support and coordination of RCCNZ and Police.