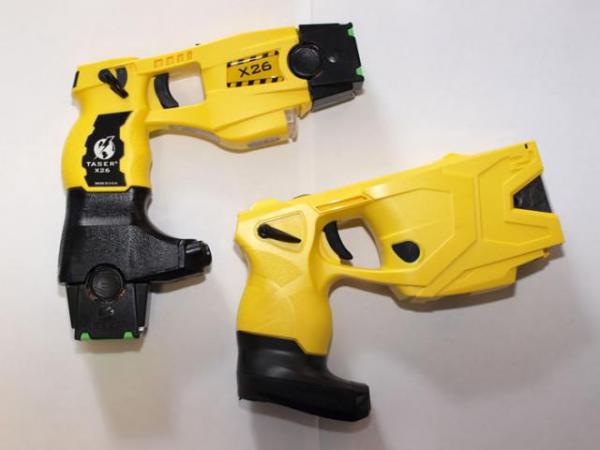 Mr Bush says the important operational change is about enhancing the safety of New Zealand communities and Police staff, and is backed by detailed research gathered since Taser was rolled out nationally in March 2010.

The decision means the Taser can be carried at all times while on duty by appropriately trained Police 'level one' response staff – the majority of who are frontline officers whose role, responsibilities and likelihood of risk supports having easier access to Taser.

These staff can currently access a Taser from a lockbox in frontline Police vehicles if required. Approximately 5,500 staff are trained as level one responders.

Mr Bush says the decision is based on research and evidence highlighting the success of the Taser in de-escalating violent situations, and its extremely low rate of injury compared with other tactical options.

"In making the decision, the Police executive has considered almost five years worth of 'use of force' data, which includes analysis of injury rates, numbers of Taser deployments and the ratio of Taser ‘shows’ to actual discharges. It consistently shows that the Taser is one of the least injury-causing tactical options available when compared with other options, with a subject injury rate of just over one per cent for all deployments.

"We've also listened to the feedback of our frontline staff, who consistently tell us that the Taser has proved its worth in the field numerous times as an effective tool for both preventing and responding to violent and high risk situations, without further injury to staff, the subject or the public.

"Again, this is supported by our research, which shows that presentation of the Taser alone has a significant preventative effect, being discharged only once for every nine times it is shown or presented, which is the highest ratio of shows to discharges since Taser was rolled out nationally.

"The reality is that Police officers often enter into high risk situations. With Taser immediately accessible, this provides added confidence for our staff and communities that if a situation does escalate into violence that our officers have the appropriate tools to manage the situation."

Mr Bush says the process to consider the implications of a move to routine Taser carriage was initiated by Police late last year. The Police Association was advised of the decision earlier this week and is supportive of the change.

"Police always continues to monitor our operating environment to ensure we remain current with best practice and to make sure our staff have the necessary tools and training to keep the public and themselves safe.

"But before making any decision, we needed to carefully consider the evidence, which has been gathered by our operational research team at Police National Headquarters from the reports and experiences provided directly by our staff on the frontline.

"After careful consideration, I believe now is the right time to update our Taser carriage policy given Police have overwhelming evidence that it is an extremely effective tactical option that will further enhance public and staff safety."

An implementation plan is now being developed to ensure first responder staff are appropriately familiar with the new Taser policy, with additional devices to be rolled out later in 2015.

Today's announcement also coincides with the latest routine release of Police use of force data, which covers the period from 1 January – 31 December 2014. This has been published since 2013.

Police currently has approximately 1000 Tasers, comprising the X26 and X2 models. The policy change will require approximately 400-600 additional devices to be purchased from suppliers to meet peak shift demand, and will be funded from within the Police budget. The devices will be rotated between staff at the beginning and end of each shift.

Both models of Tasers have a camera that activates when the device is deployed.

Police tactical options reporting data, including a summary of Taser data for the period March 2010 - Dec 2014, can be found here: http://www.police.govt.nz/about-us/publication/tactical-options-research-reports