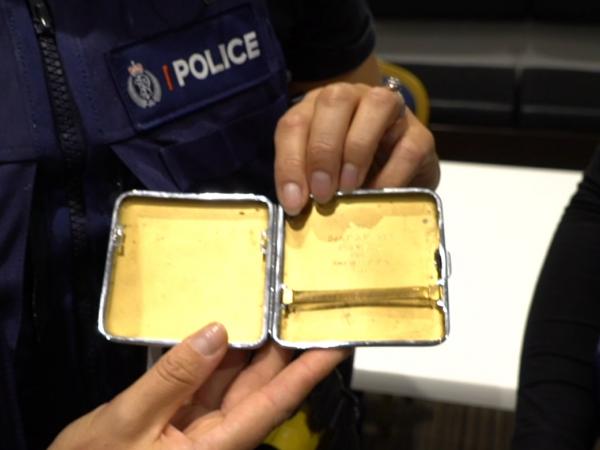 Home > News > Handing back a piece of history

Police are thrilled to have reunited a stolen family heirloom with its rightful owners almost 40 years after it was taken.

An impressive search warrant carried out by our Waitematā East Tactical Crime Unit located a very distinctive case amongst a raft of stolen goods.

Not knowing where it came from, Police approached a local RSA to post the item on their social media pages in the hope of being able to find the original owners.

Swanson RSA contacted an existing member with the same last name that was engraved on the case, and the rest is history.

In June 1983, the Hintz family was celebrating their daughter's 21st birthday at the local pub in Swanson when their house was burgled. The offenders took several of their possessions, including a small engraved tin, which belonged to Shane’s grandfather Peter, a highly regarded person in the Swanson area, who assisted during World War II.

Peter’s grandson Shane Hintz says while getting a call from the Police was a surprise, he was stoked to hear the good news.

“Thanks for returning this to our family.”

While Peter and sadly, his son Paul, have passed away, Waitematā East Police are delighted to reunite the Hintz family with this sacred heirloom.

Tactical Crime Unit Constable Samantha Cates says it was really rewarding being able to return this sentimental item back to the family after so many years.