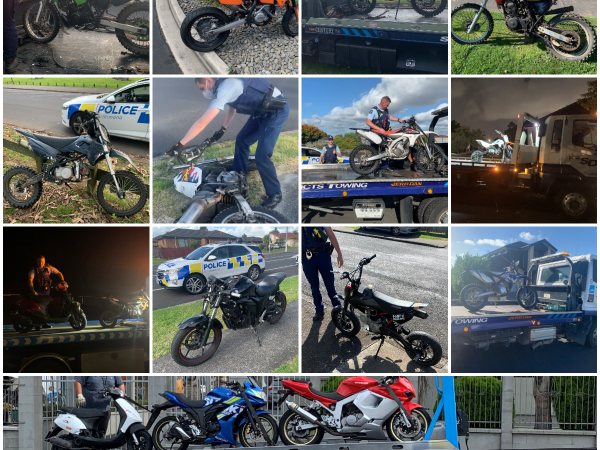 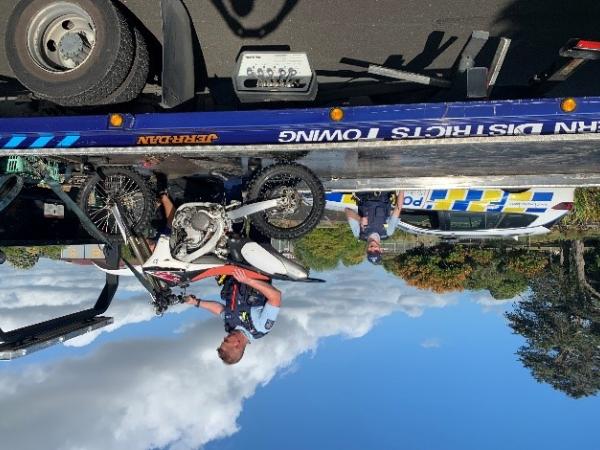 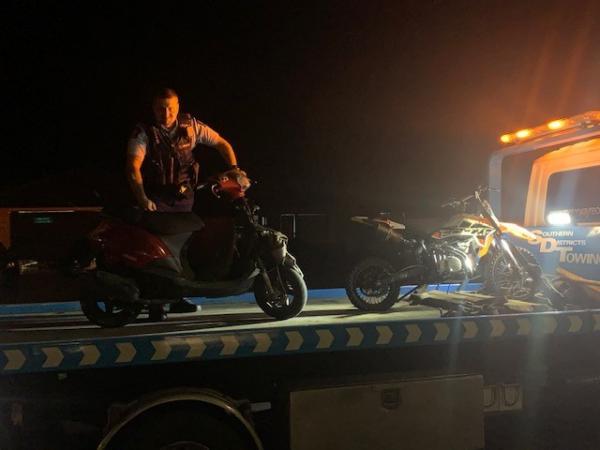 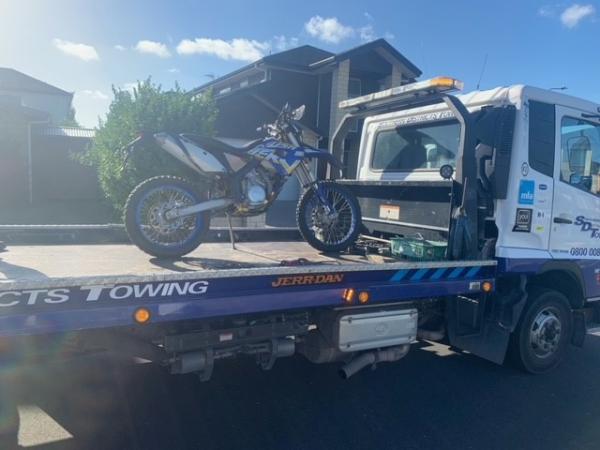 More than 130 people have been arrested or charged and almost 100 vehicles and dirt bikes have been impounded, following a year-long operation by Counties Manukau Police targeting dirt bike and illegal street racing activity.

Operation Whakatika was launched at the beginning of 2021 to investigate reported offending on the roads by dirt bike riders and illegal street racers.

Throughout the year the Counties Manukau District Prevention Unit has been following up reports of dirt bike and street racing offending, investigating complaints and obtaining evidence to identify and locate offending drivers and riders with the aim of prosecuting or fining those involved and impounding their vehicles and bikes.

88 people have been arrested or charged in relation to dirt bike activity, with 44 arrests or charges laid in connection to illegal street racing activity for offences such as dangerous driving and sustained loss of traction.

169 infringement notices have also been issued for dirt bike activity and 579 infringements were issued by the unit for illegal street racing. Almost 2,500 vehicles were stopped and inspected over the year as part of the operation.

“We know that our community get frustrated at the dangerous and often brazen antics by dirt bike riders and street racers.

“Often when Police are notified at the time to these types of reports, we are not in a position to immediately intervene as it creates significant safety risks for those involved as well as other innocent road users.

“While we may not be able to take immediate action at the time for safety reasons, we want to reassure the community that we do take this offending seriously and we have a team working hard to identify and locate offenders and impound their bikes or vehicles.

“Our results speak for themselves, and we want this to be a message to dirt bike riders and illegal street racers causing issues on our roads – we will keep investigating those involved, impounding your vehicles and bikes and issuing fines or prosecuting you.”

As a result of enquiries into dirt bike riders, Police also recovered 25 stolen vehicles. Three riders had their licences suspended and 53 riders were forbidden from riding.

“While we are very pleased with the results to date, we continue to receive complaints in relation to dirt bike riders and street racers and we will continue to investigate offending on our roads, impound vehicles and prosecute where necessary,” says Inspector Pirret.