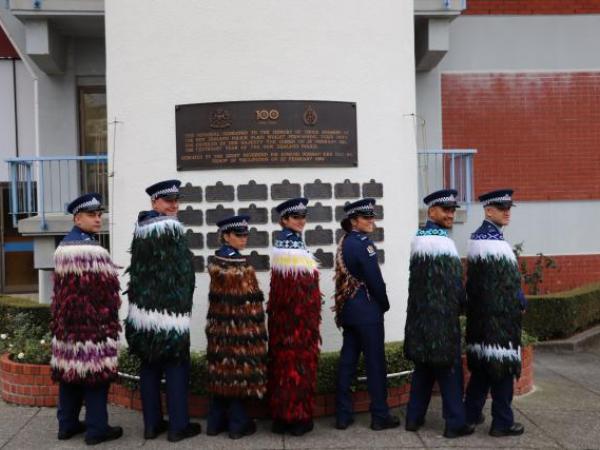 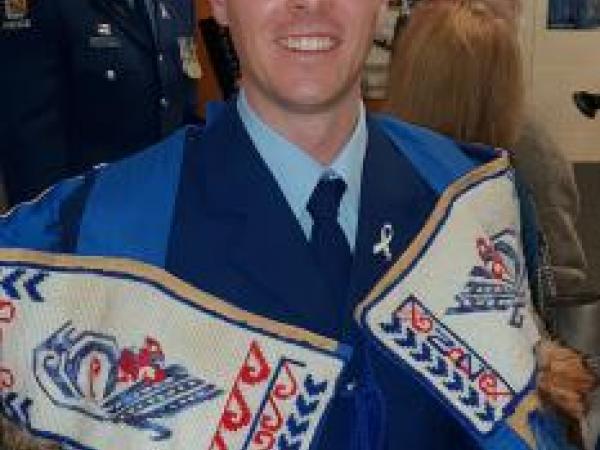 Home > News > Māori recruitment into Police on the rise

Recruitment of Māori to Police is on the rise.

When Recruit Wing 327 graduated on 4 July this year, these proud Māori constables wore their family kākahu which all have special meaning for them and their whanau.

The latest financial year (946 applications, for 2018/2019) has been our biggest year of Māori applications yet.

With the graduation of Wing 329 on 29 August almost 150 Māori recruits have graduated from RNZPC in the last 12 months.

This has allowed Police to increase the number of Māori Constabulary by 10% in just one year and we are now significantly closer to our goal of representing the Māori population within Police.

This year alone has delivered two of our three biggest individual months of Māori applications going back to 2014, with the largest number of applications coming in March of this year.

“It’s great that more whānau are seeing Police as a career path that they can pursue and support,” say Acting Superintendent for Māori, Pacific and Ethnic Services (MPES), Anaru Pēwhairangi.

“And it’s a testament to the organisation and the work that all staff have undertaken to show their commitment to supporting increased diversity and creating a more inclusive workplace, where karakia can be said, waiata sung and kaupapa Māori is included in initiative design.”

With more Māori applying, there are more graduates wearing their family korowai or kākahu in celebration.

There is a distinctive difference between korowai and kākahu. Kākahu is the word for clothing, korowai is a particular type of cloak with twisted tags or thrums, and worn as a mantle of prestige and honour.

Everyone has different reasons for wearing kākahu or korowai on their graduation day whether it be a sense of identity, a graduation acknowledgement, a congratulatory gift or a connection to our New Zealand heritage and family tradition.

It is also a way of honouring the support from whanau, “He korowai aroha" is often a term used in this instance.

To acknowledge the ancestral links through the whakapapa of the korowai or kākahu.

The kākahu, korowai, is a whanau heirloom passed down to honour the recipient or graduate.

Constable Sam Huriwai says, “This kākahu was made for our family and relates back to our iwi at Ngati Porou. It has been with our family in our proudest moments, and also in our hardest moments. It was worn by my sister on her graduation from AUT with a bachelor in Sport and Recreation, and Business in 2016 and was draped over my mother’s casket at her funeral in 2017."

New Police graduate Constable Santina Knowles says, “My kuia tells me that my cloak was initially made for young children or babies that were getting baptised. It was made about 40 years ago. It’s been used for many other occasions. It was originally made for a dear friend but many ask if they may use it and they are never refused.

“This is not a personal one for me, this is more for family. My kuia who was sitting front row at graduation was the one who made it 40 years ago. She is a very special person to me so that’s all that really matters.”

Also pictured is Constable Becky Gray of Ngāti Maniapoto, who says proudly, “My kākahu was given to me at college by my father who had it made specifically for my Police College graduation. This will now become my family’s heirloom."

Police hope to see more Māori wearing korowai or kākahu at graduation in the future as our numbers of Māori recruits steadily climb.

The top scoring recruit in each wing wears the New Zealand Police Korowai on graduation day and it’s placed on the recruit by the commissioner or commissioner’s representative during the ceremony.

Pictured is Constable Jasper Collier who graduated top of Wing 327 – he wears Te Matauranga, the Korowai of The Royal New Zealand Police College.

Te Matauranga was gifted to the RNZPC by the Reverend Arapeta Martin and Karen Martin on 21 August 2008 at the graduation of their daughter Nichola Rose.

This korowai has some special features.

The blue police chevrons at the top and bottom of the collar symbolise the bow of the canoe or waka, representing the journey of learning the recruits have undertaken.

Inside those chevrons are red koru patterns, which represent all people living in New Zealand.

The kōwhai flower pattern symbolises the food of knowledge, which the fledglings (the recruits) are fed on by the tuis (instructors and staff) to enrich their training.

As young fledglings of the nest they eventually strive beyond their immediate environment (in this case the Police College), and begin their journeys into their own communities.

This is depicted down the front of the korowai.

The sparse row of feathers down depicts each side the new officers as those fledglings starting out on their careers.

Wearing the kākahu is very special for both the School of Initial Training and the first in Wing. If anyone is considering joining – visit newcops.co.nz for more information.