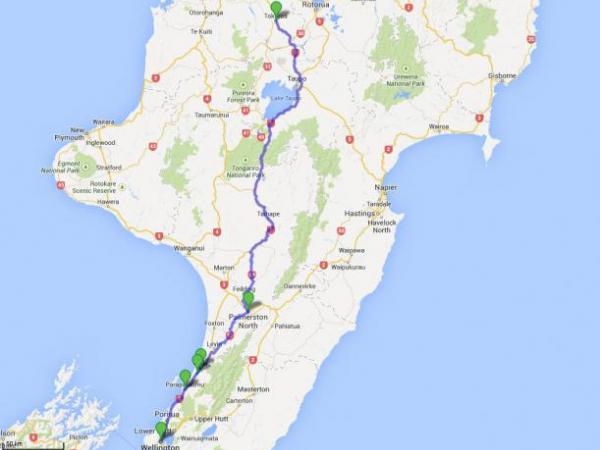 Police are appealing to the public for help in tracing the movements of the 24-year-old man charged with the murder of Edward Tahakura, whose body was found on Otaki Beach last week.

Officer in charge of the investigation, Detective Senior Sergeant Craig Sheridan says: "While the investigation has been progressing positively, inquires have led us to believe the 24-year-old has hitchhiked on Thursday 12 September from the Otaki area to Wellington, and then from here has made his way up to Tokora."

"He has been hitchhiking in the Otaki area and has been given a ride from Te Horo in the early hours of the morning on the Thursday."

Inquiries have revealed the man was picked up by a red truck carrying fruit from Te Horo and transported through to the Wellington Ferry Terminal.

Police understand at around 6am that same morning he has left the terminal and begun hitchhiking north up the Ngauranga Gorge. He has been given a ride from here in a white truck or ute to Paraparaumu, before catching a ride to Otaki in a silver car. He has then caught a ride from Otaki to Palmerston North in an unknown vehicle. From Palmerston North he has got a ride in a blue BMW vehicle to Tokoroa.

"We don't know what he was wearing when he was hitchhiking however he is described as being of Maori descent, of medium build, approximately 1.8 metres tall with closely shaven black hair.

"It is our understanding that five people have given this man a ride throughout the course of his journey.

"We are very keen to hear from those five people who gave the man a ride and I ask them to contact police as soon as possible," says Mr Sheridan.

Anyone that may have seen the man described hitchhiking, or has been one of the five people who have given him a ride is asked to contact Detective Dave Wilson on (06) 351 3661.

Note: A picture of Edward can be provided upon request.

Media enquiries should be referred to Communications Manager Sara Stavropoulos on 027 702 0850.