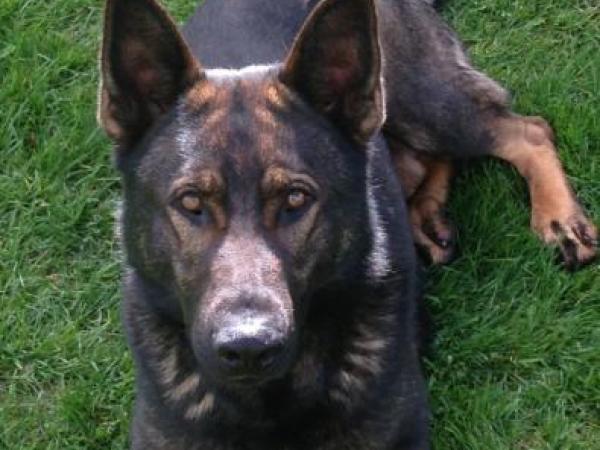 He’s spent seven nights on the high tops of the Tararua Ranges but missing police dog Thames was this afternoon found safe and well.

Police and civilian LandSAR teams including his handler Constable Mike Wakefield from Masterton Police found the four-year-old German Shepherd a bit hungry but in good condition just before 1pm today.

It’s too windy to fly Thames and his rescuers out so Thames and the six man party are now facing an estimated four to five hour tramp out to the Mt Holdsworth park entrance.

“We are absolutely delighted at the news and Mike is ecstatic,” says Senior Sergeant Mark Davidson, Wellington Police Dog Section. “There’s some very happy people up there and one happy dog.”

Two teams were flown in yesterday morning and camped out overnight scouring the top High Ridge area.  Paw prints were spotted early this afternoon and the searchers honed in on them following a fresher track.

Thames was sighted, the teams called and whistled him.  He was hungry but fine and no doubt Constable Wakefield gave him the long promised cuddle and tummy rub.

Police thank everyone for the messages of support and concern for Thames since he went missing on a planned Search and Rescue training exercise in the Mt Holdsworth area last Sunday.

Photo of Thames attached.  This photo is one of his handler’s favourites.  We don’t have a reunion one yet.