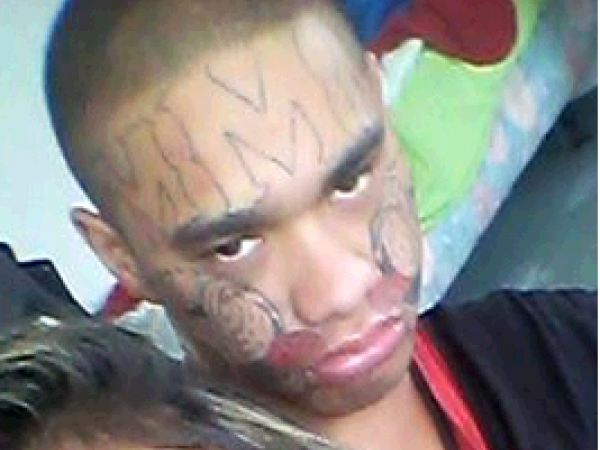 Waikato Police are  looking for Taneti Karaitiana, 21 years old.  He is wanted in relation to two warrants to arrest for serious violence, firearms and sexual offences, and breach of court release conditions.

Karaitiana's current whereabouts are unknown but he is known to have links to Hamilton and Kawerau.  He has 'MMM' tattooed on his forehead, and a bulldog tattoo on each side of his face.

Karaitiana is considered dangerous and should not be approached.

Anyone with information on his whereabouts should contact their nearest police station.  Information can also be provided anonymously to Crimestoppers on 0800 555 111.