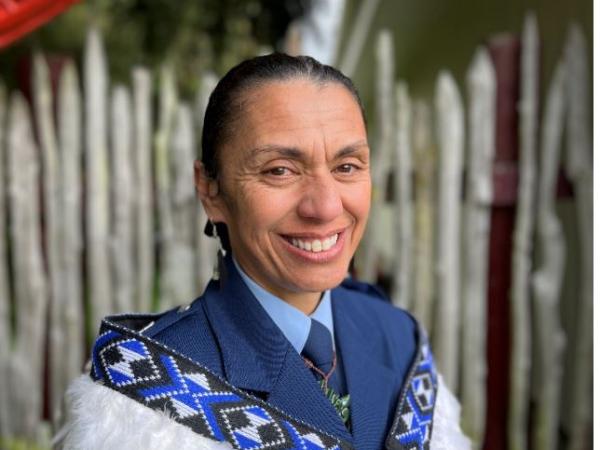 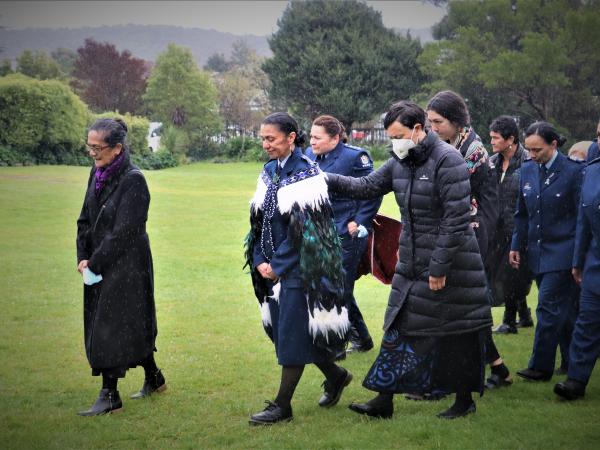 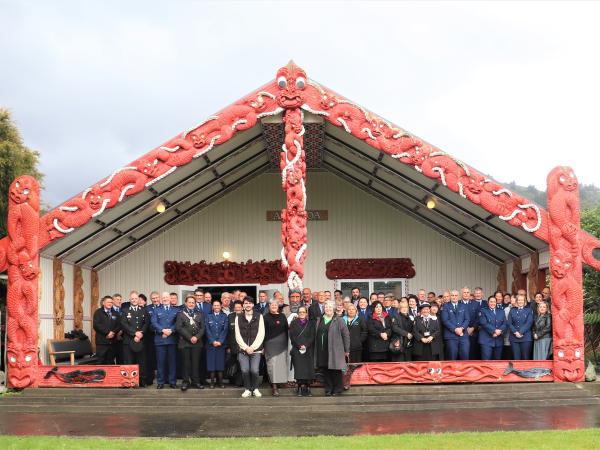 Rita Powick, marae chairman, spoke about the positive relationship between iwi and Police.

“We welcome you with open arms. While there is always work to do, we are here to support you, to guide you and to partner with you and your team,” she says.

Tracey says she was extremely humbled by this special occasion. The significance of the role she has stepped into is a responsibility she accepts and carries with respect, both as a Māori leader and a police officer.

Tracey takes over from Inspector Paul Borrell who’s held the chair while a permanent appointment was made after Superintendent Mike Johnston left the district in September 2021.

Today's pōwhiri was an opportunity to pass the baton onto Tracey.

Tracey, who joined Police in 1995, is a highly respected member who has held a range of uniformed roles in Police National Headquarters, at the Royal New Zealand Police College and in Wellington District.

In 2021, she spent six months acting as the Director of Police’s High Performance Team, but is known to most people for her role as Area Commander for Kāpiti Mana, a position she held since 2017.

In the eight-plus years Tracey has spent in Wellington District, she’s worked as a Māori Responsiveness Manager (MRM), relieved in the Wairarapa and in Te Awa Kairangi Hutt Valley.

She has built strong internal and external partnerships in Kāpiti Mana and is excited to do the same in Tasman.

“We need to support the aspirations of our communities and work alongside them to find collaborative solutions so we can deliver the Police service our communities expect and deserve,” says Tracey.

“Stepping into this role, it is my desire to say and do things that make our community proud. “In every interaction we have, whether it’s dealing with offenders, victims, partners or the general public, I want local police and the local station to be seen as part of the solution and not the problem,” she says.

After 13 years away Tracey, who started in Nelson as a constable and left as a sergeant, has returned to Tasman District where she has whānau.

Tracey is passionate about empowering people to be their best with a focus on caring for them and prioritising their development.

Tracey came to Wellington District as the first Māori Responsiveness Manager (MRM) in 2015, the first female MRM to hold the role in the organisation.

“I’m thankful for the people who have given me space and encouragement to do things a different way and let me be myself," she says. "I’m especially thankful for District Commander Wellington, Superintendent Corrie Parnell’s leadership, support, and depth of care,” she says.

For much of her leadership, Tracey has been the only female voice at the leadership table, but obviously that voice has been a commanding one.