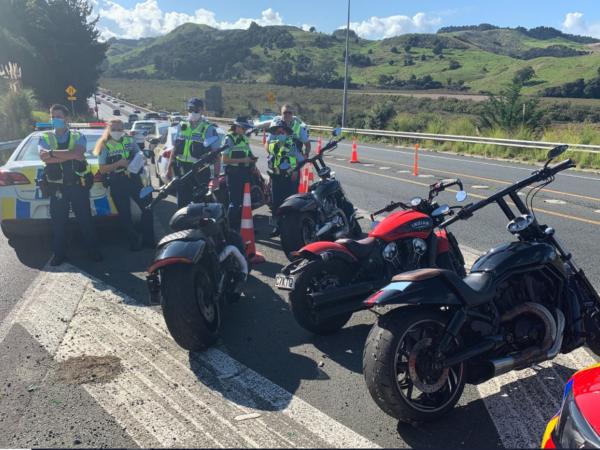 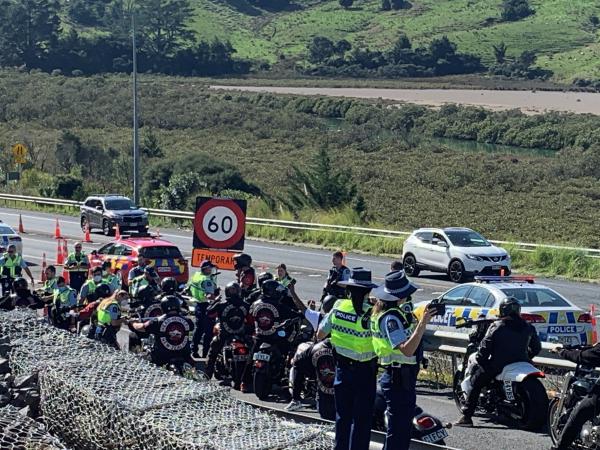 Police in Tāmaki Makaurau took an active and deliberate approach to this weekend’s planned gang events in the region.

And it's paid off.

As a result of Police intervention over the past two days, one person was arrested, seven bikes were seized and impounded, and 130 infringements were issued.

Staff kept a highly visible presence across parts of central and northern Auckland and undertook a significant road policing operation.

Checkpoints were set up in the Mt Wellington and North Auckland areas checking driver-licensing and vehicle compliance.

This included stopping every vehicle which came through Marua Road and having a conversation with every rider.

This proactive engagement proved extremely effective and enabled staff to prevent a number of motorcyclists in the convoy from causing wider harm on the road.

Through strong and deliberate Police tactics we were able to deter high-risk driving behaviours and encourage enforcement around unlawful gang behaviour and intimidation.

This should send a very clear signal from Police that we will not tolerate behaviour that will put our community or road safety at risk.

Anyone who is found to be doing so will be met by strong enforcement action from Police.

While a number of people riding in the convoy were compliant and had vehicles that met the required standards, Police still fielded a number of reports from the public.

We want to reassure the community that we don’t tolerate those who attempt to rule our roads and Police decision making when it comes to these types of events will always be about community safety.

We have a number of ongoing enquiries and CCTV footage, which will be reviewed to capture offending in relation to gang activity in Auckland over the weekend.

The complete disregard for other motorists that some groups have is unacceptable, and only place themselves and others at risk.

Anyone with information relating to the activity are encouraged to report it to Police on 105 if they have not done so already.