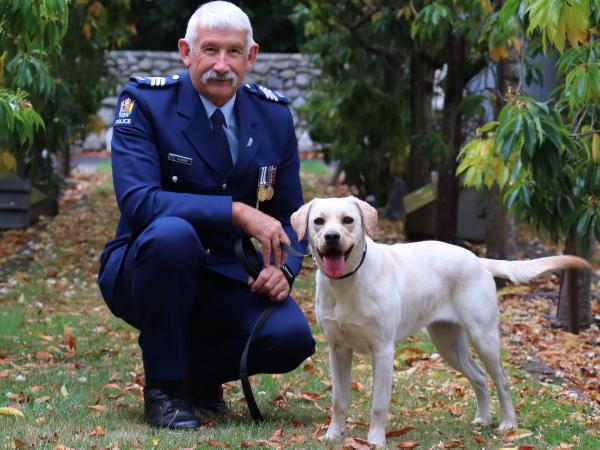 ​Continuing our series about the Dog Section's family connections.
This week - the Campbells.

Sergeant Al Campbell has always liked dogs. As a teenager he saw a dog handler on a training run at Mount Victoria in Wellington and immediately knew that was what he wanted to do.

He has worked with police dogs for 40 years. Now his son, Constable Rob Campbell, has followed his example and is serving with Quita as a patrol dog team in Wellington. 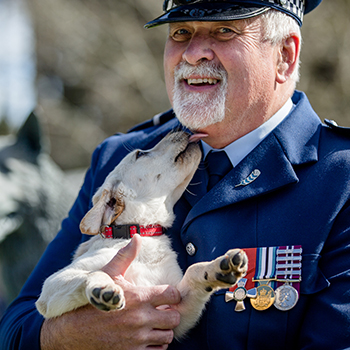 His wife tells people they only got married so he could apply. “My application was typed up about half an hour after I got back from my honeymoon,” he says.

Al spent 16 years working with patrol dogs – four of them - and another 16 working with his five detector dogs in the Wellington Dog Section.

There was a lot of family juggling – he gives a lot of credit to his wife for taking care of things when he was working shifts or getting called out to AOS jobs.

He also had great neighbours, who would sometimes look after the kids at short notice while he ran out to a job. “But it has its advantages and disadvantages,” he says.

“Night shift is the most important shift for a handler, especially back then when the bars closed at midnight or 1am.

“We were very competitive and you wanted to have more catches than other handlers – so you wouldn’t dare miss a night.”

For the past eight years, Al has worked at the Dog Training Centre at Trentham, training other handlers and their dogs.

At home, he fosters Labradors who are destined to become detector dogs.

Right now, he has 20-month-old Tiny at home, named after Senior Constable Phillip 'Tiny' Taylor MNZM – a legendary Rotorua handler who retired in 2019 after more than 47 years' service..

When asked if it’s hard to let the foster dogs go, he says sometimes – but he fosters them so they can be great police dogs.

“I’m fortunate as I don’t just give them away and never see them again. I get to watch as the dogs develop and see their successes.”

When Rob told him he wanted to become a police officer, he was supportive. 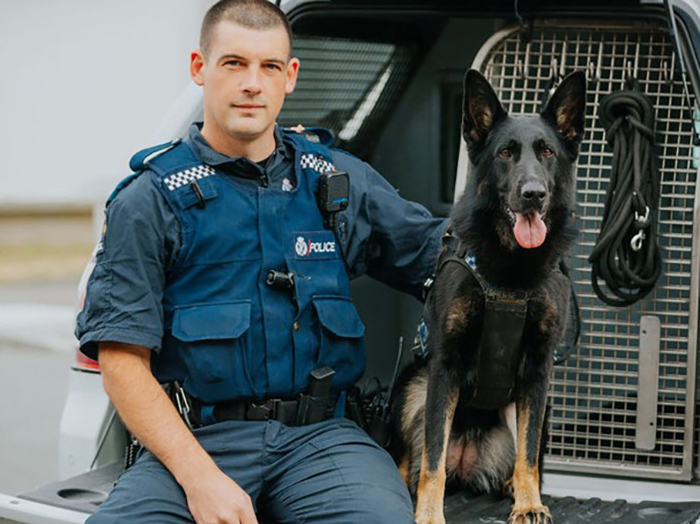 Rob started a career in banking but got bored working in an office. He had a fair understanding of what policing entailed and made the decision to join Police when he was 21.

“I initially didn’t plan to be a dog handler when I joined Police, which a lot of people just presumed,” he says. “However, after a couple of years I realised that was what I wanted, and I’d grown up with police dogs my whole life and wanted to have a crack at working them myself.

“My dad joined Dog Section five years before I was even born, so my whole life I’ve been around police dogs.

“My fondest memory was of a dog named Kia who retired when I was about eight or nine.

“Being that old, I had no idea what that dog had done during its career. My sister and I used to play with him like he was any other pet dog, and wind him up when playing.

“It still amazes me to this day how that dog flicked a switch to become a family dog the day he retired. He was an awesome dog."

Rob and Quita - his first dog - graduated from Trentham in 2014 and they have worked together ever since. As well as patrol dog duties, Quita is also search and rescue trained.

Rob says his favourite part of the job is getting a catch or a find. “Quita is close to retirement and we’ve had some memorable catches along the way.

“In her first year she successfully located a knife used in a homicide. We’ve found dead bodies in our Search and Rescue/Victim Recovery role that would not have likely been found for some time.

“And of course, the hundreds of crooks we’ve caught. I get a real kick out of the dog’s success, especially when you realise that often the dog‘s abilities are responsible for solving a crime that would not likely have been solved another way.”

Dog Section may not have seen its last Campbell. “My son was born three days after I graduated with Quita, so maybe it’s a sign of a third-generation dog handler...”

Previous
Passing it on - fathers, sons and dogs
Next
People of Police: Commissioner Andrew Coster