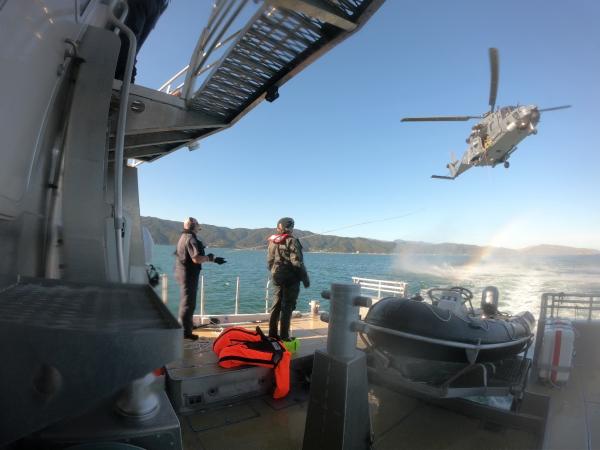 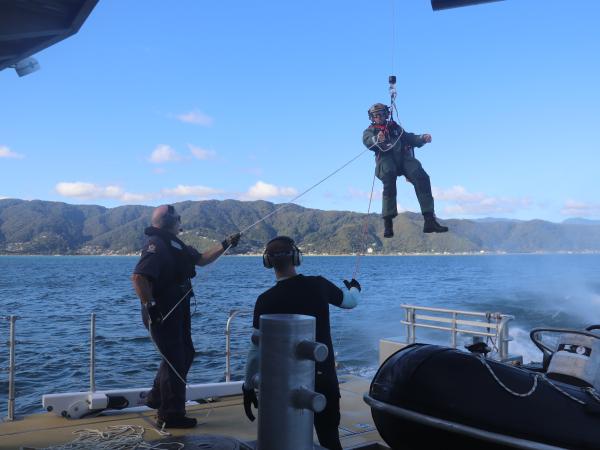 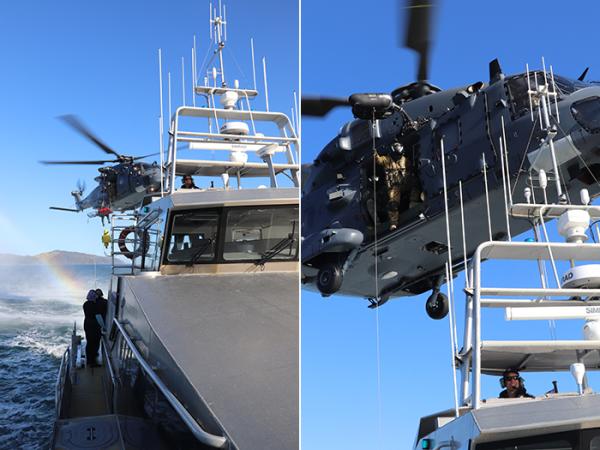 The trials in May were the first steps in developing an NH90 maritime rescue capability and included training of aircrew in winching personnel and equipment to and from the water and a vessel.

Officer in charge of Wellington Police Maritime Unit, Senior Sergeant Craig Pickering says: “It was great to be winching with RNZAF and the Police Dive Squad after a five-year break.

"There were some challenges with weather and the small area for deck winching in the first trials, but with some adjustments we were able to carry out all of the planned exercises." 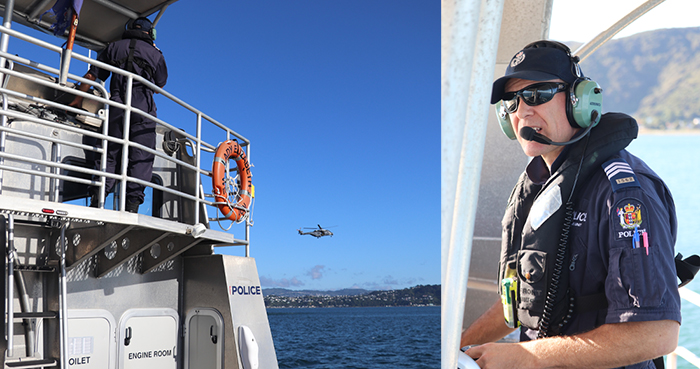 This included winching patients on straps and stretchers and working at night in some challenging weather conditions.

“The NH90 is much bigger than the rescue helicopters we work with, even longer than Lady Liz, and the crew preferred to work in windy conditions because they got wetter from the helicopter rotor wash when it was calm,” says Craig.

“Due to the huge cabin space of the NH90 the gear could be left assembled and grabbed when needed and yet also provided plenty of space for patients and crew. Several recovery techniques were employed along with harnesses for our staff and for the obliging ‘patients’.” 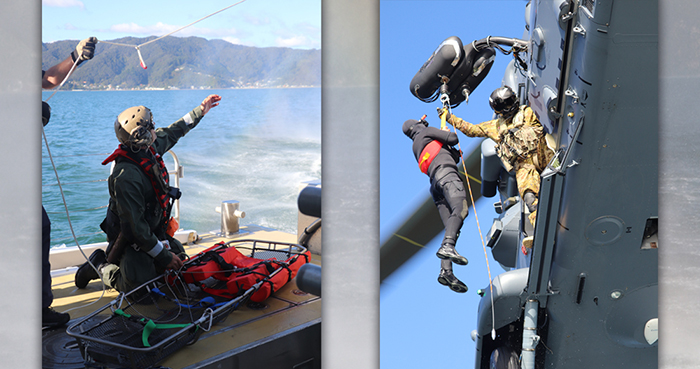 Subsequent training occurred in August and September focusing on the qualification of NH90 crews, while using divers from the Police National Dive Squad to facilitate the rescue of ‘survivors’ from the water.

"The professionalism, skill and flexibility demonstrated by the Wellington Police Maritime Unit and Police National Dive Squad were key to the success of the trials and the subsequent crew training. We greatly appreciate the support thus far and look forward to working with Police maritime units in the future.”

The colloquially known ‘wet and deck’ exercises will continue in the future to train new personnel and keep qualified personnel current in maritime rescue operations.

While the Wet and Deck exercise was taking place, Maritime and Police National Dive Squad staff took time to speak to a group of Upper Hutt pre-schoolers visiting Eastbourne to watch the helicopter winching.

The children heard all about the benefits of being a water-based police officer from old sea dogs Senior Constable Gerald ‘Roscoe’ Lane and Senior Sergeant Bruce ‘Bad’ Adams... 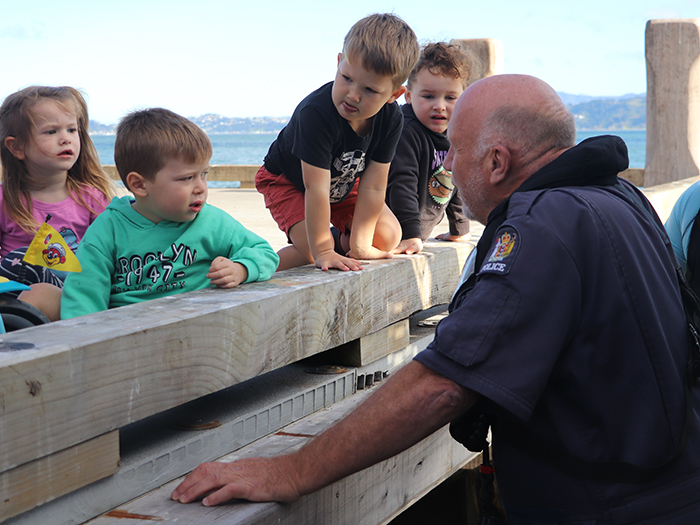 From left: Maisie, Taime, Max and Monty speak to ‘Roscoe’ from the Maritime Unit. 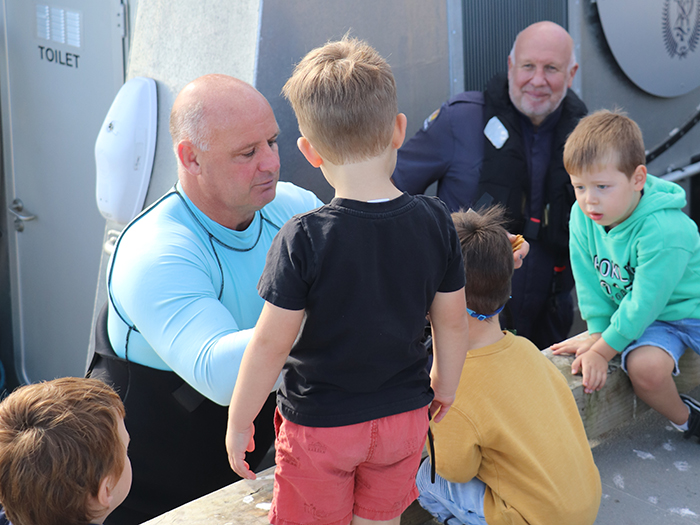 Manager of Police National Dive Squad Senior Sergeant Bruce (Bad) Adams explains what it means to be a police diver and helps one of the children try on a dive mask. 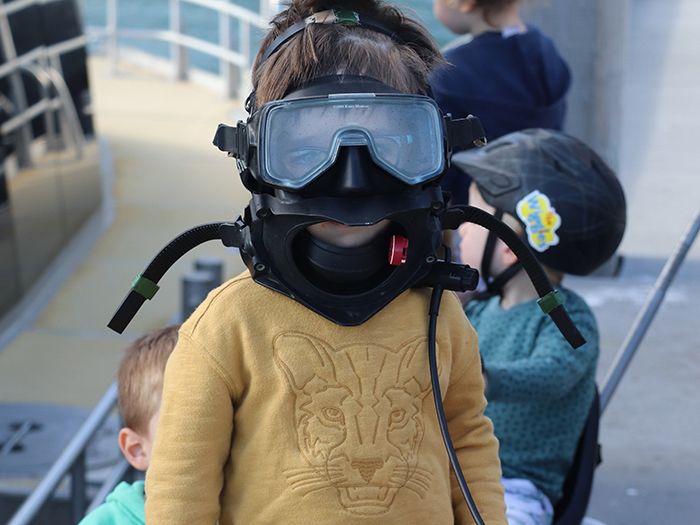 Bellamy tries out the dive mask for size. 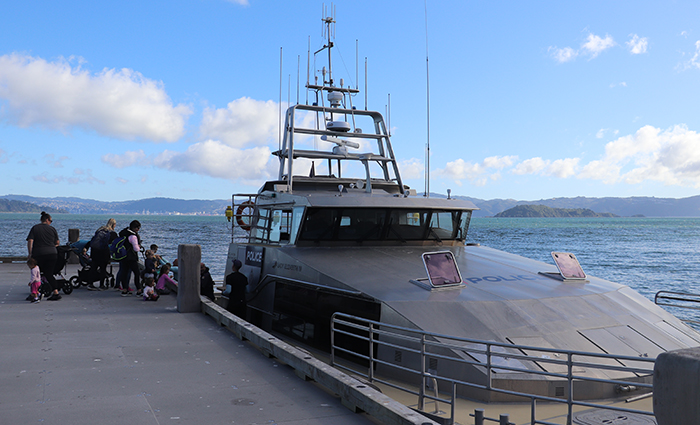