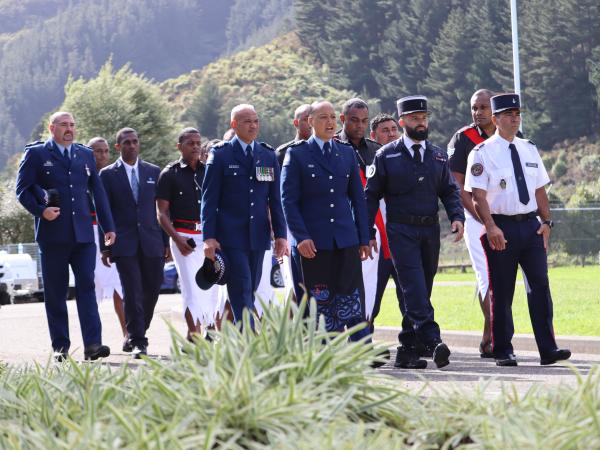 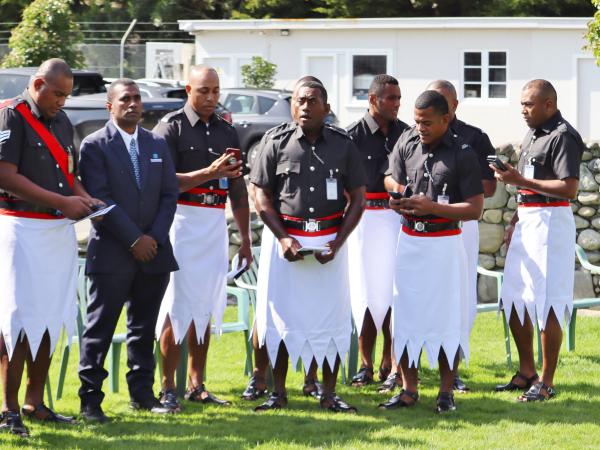 As part of New Zealand Police’s commitment to providing support to Fiji Police Force (FPF) through the Fiji Police Partnership Programme, the goal for this assignment is “improved security outcomes in Fiji through effectively upholding the rule of law”.

The overarching goal of the PDDP is to support the Cook Islands, Fiji, Samoa and Tonga to build safe and secure borders.

The pōwhiri was held in beautiful spring weather (much to the delight of our Pacific colleagues who are unused to our changeable temperatures!) at the Dog Training Centre in Trentham, with speakers from both sides and some beautiful waiata and cultural singing.

The Fiji Patrol Dog Pacific Handlers will be here until 4 November 2022 before returning to Fiji along with Senior Advisor Wally Kopae who will then continue to mentor the team. The narcotic handlers remain in New Zealand until 25 November 2022.

Inspector Todd Southall, National Coordinator - Police Dogs,  was impressed by the feeling of manaakitanga at the event.

“It was a touching occasion and there was positive feedback from all the handlers," he says.

"It was a really relaxed yet very connected pōwhiri, and I think beyond the fact that it’s great for our organisations to be working in partnership, it just felt like a very special moment for everyone present.”

With cold fronts seeming to blast us somewhat regularly, Todd says some guests are struggling to adapt.

“There have been a number of head colds being reported, but with the addition of some beanies and polyprops, they’re now managing pretty well.”

Previous
'A gathering of great women'
Next
Air support